Retail turnover followed up a strong +1 per cent gain in April, beating out expectations with another solid +0.6 gain in May 2017, to dispel concerns of a retail recession. 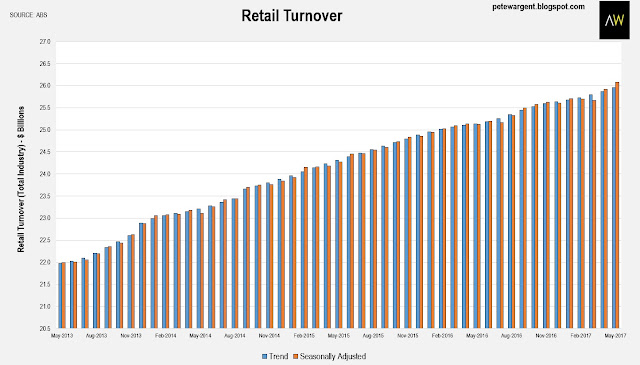 Over the past year national retail turnover has risen at a solid lick, up by +3.8 per cent to a fresh high of $26.08 billion. 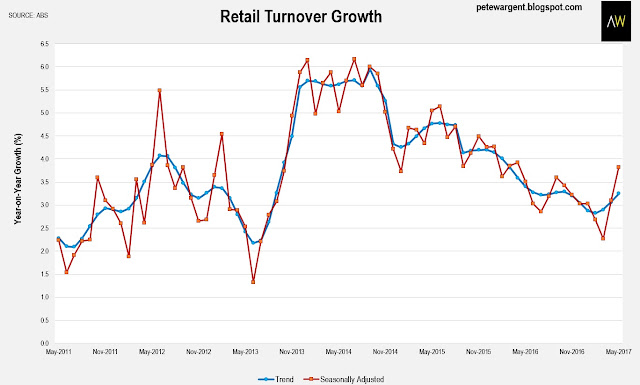 Retail turnover has stalled in weather-impacted Queensland over the past quarter.

The two most populous states have seen renewed increases, with the Census showing that population growth in Sydney and particularly Melbourne has quickened. 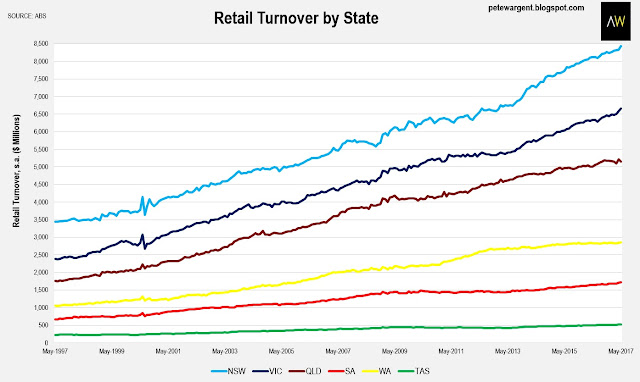 Over the past year the ACT (+5.7 per cent) and Victoria (+5.2 per cent) have been leading the way in terms of retail turnover growth, with South Australia (+4.9 per cent) not all that far behind. 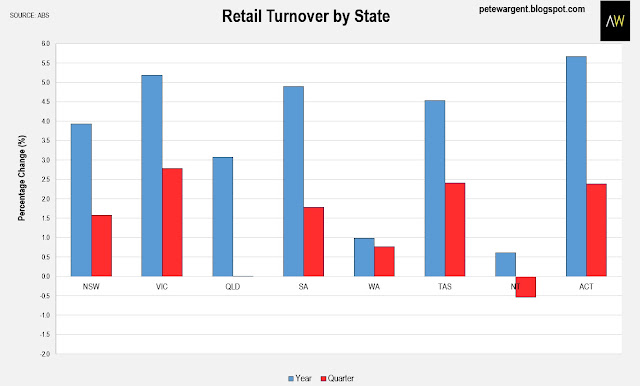 The monthly increase was driven by household goods (+2.2 per cent) and clothing and footwear (+1.3 per cent), but department stores had another stinker of a month with turnover declining by -0.7 per cent. 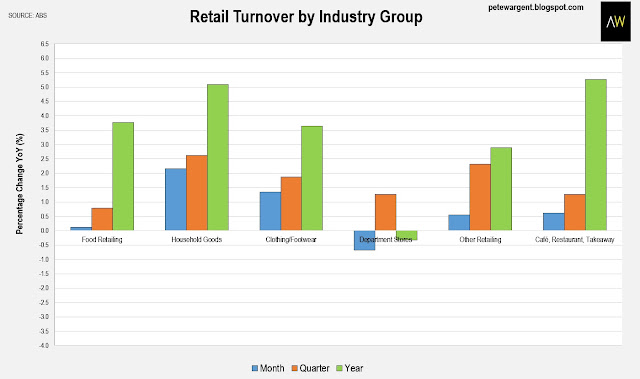 The combination of strong household goods sales and outperformance in New South Wales implies some replacement of flood-damaged items, a point well identified by Scutty at Business Insider. 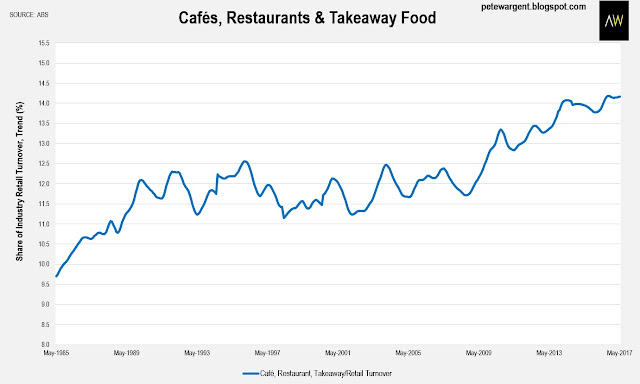 It's another tick in the box for a domestic economy that is steadily gathering a bit of momentum.

The Reserve Bank of Australia (RBA) was stone dead neutral in its monetary policy decision in leaving the cash rate on hold at 1.50 per cent, in doing so wiping away a lot of extremely premature extrapolation about a looming rate hike.

Markets read this one quite badly wrong, and the Aussie dollar dropped sharply. 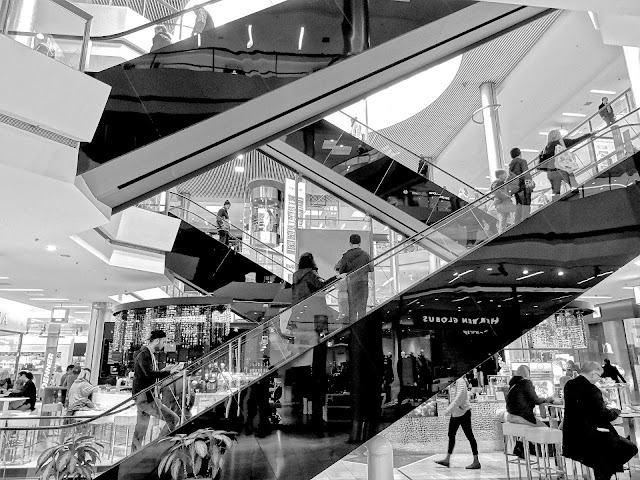