Greater Brisbane's apartment construction boom totters on its last legs, with annual unit approvals crashing by 42 per cent (so far), and developers struggling to sell out live projects.

There are still quite a number of significant projects under construction.

Below is Coorparoo Junction this morning, on the site of the tired old Coorparoo Mall.

When finished, the project will comprise 360 apartments across the three residential towers. 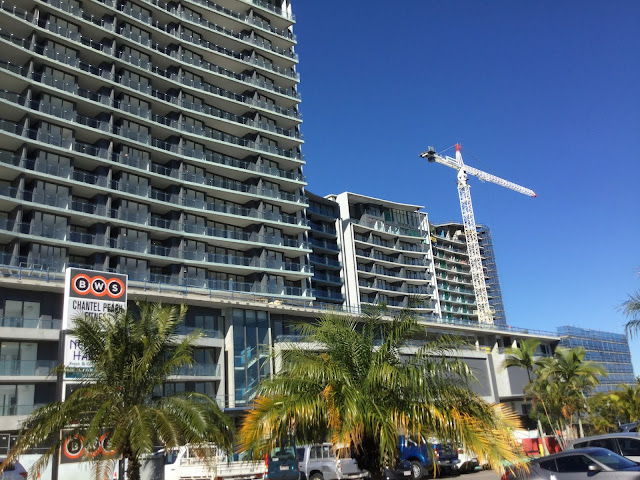 On Old Cleveland Street, the old retail eyesore has gone, to be replaced with 7,000 square metres of new retail space, including cafés, restaurants, and a 10-theatre cinema precinct. 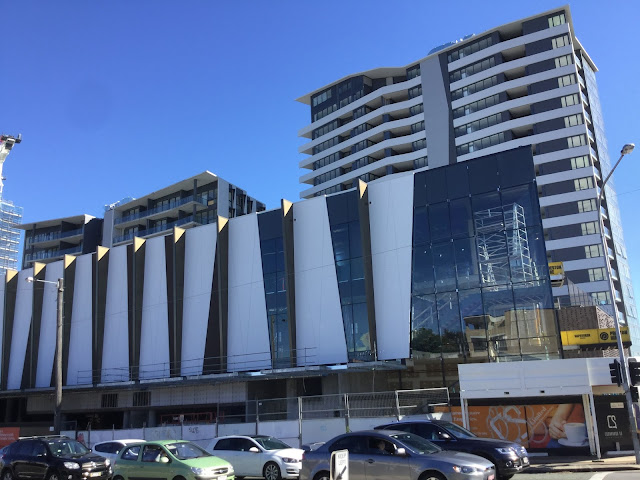 The final stage of the apartments has reportedly yet to sell out, despite being approved in 2014 and being located in a relatively prime location.

Over the medium term this will doubtless be a very popular location, but the appetite for new apartments has been sated for this cycle.
Posted by Pete Wargent at 20:41