One of the criticisms of macroprudential measures to cool lending (as opposed to the Reserve Bank lifting the cash rate) has been that they can't "get in all the cracks".

And those sneaky lenders have been up to their old tricks, with mortgage growth accelerating strongly in May, directly contradicting almost all market commentary.

It's hard to get a read on this.

With borrowing capacity increasingly constrained, it may imply higher volumes.

APRA released its Monthly Banking Statistics yesterday which confirmed that banks expanded mortgage books by 0.6 per cent in May, with owner-occupier loans rising by 0.7 per cent.

Respected banking analyst Martin North referred to the growth as "too strong", noting that "home prices will continue to rise", although this wasn't reported anywhere of note, at least as far I could see.

Growth in investor loans also accelerated in May, up from 0.39 per cent to 0.42 per cent.

For more detailed analysis of the individual components, including the speed at which the individual banks are growing their respective investment mortgage books, subscribe for our monthly reports.

It was a busy day indeed for credit-related statistics yesterday, with the Reserve Bank of Australia (RBA) also releasing its Financial Aggregates figures for the month of May.

Credit growth expanded by 5 per cent of the year to May, while broad money growth remained somewhat stronger at 7.3 per cent. 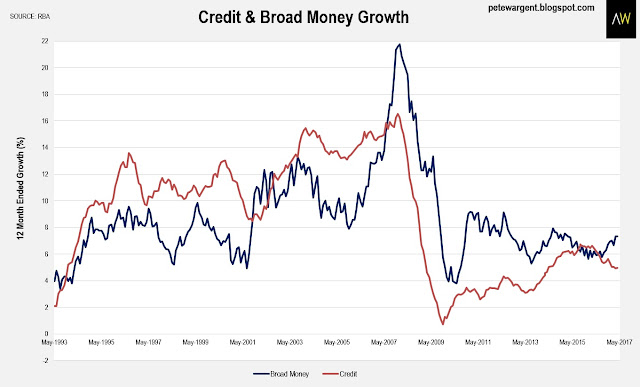 Investor credit grew by 7.5 per cent over the year, but the trajectory up growth looks to be calming as banks jack up investment loan rates to encourage more owner-occupier loans.

Despite being inherently 'riskier', at least on a historical basis, business credit growth is considered by many to be vital.

However, stock exchange (ASX) market data records three consecutive months of strong aggregates in initial and secondary capital raisings totalling more than $12.5 billion, showing that business lending is far from the be all and end all for investment.

In other words, you can't just look at total outstanding business credit increasing by 3.1 per cent over the year and dismiss growth as weak. 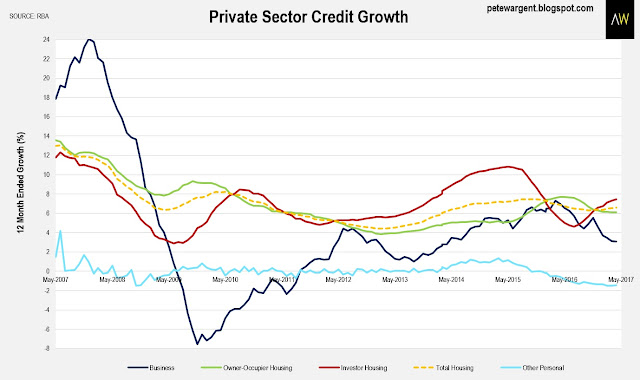 Since July 2015 the purpose of some $53 billion of loans has been switched from investment to owner-occupier, following the introduction of an interest rate differential. 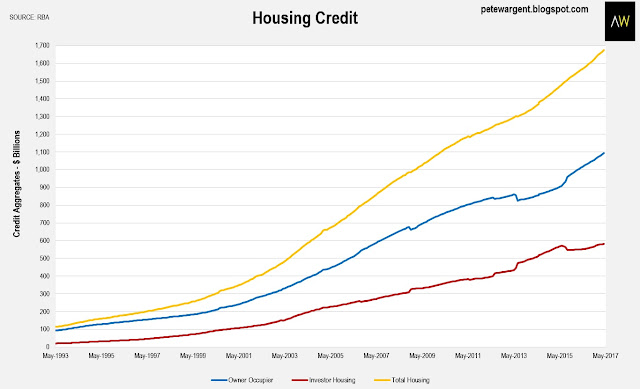 Thus, investor credit may be slowing, but the way the figures dovetail these days, the lines between what is an investment loan and what isn't seem to be increasingly blurred.

In any event, reported as a total housing now accounts for a record 62 per cent of outstanding credit. 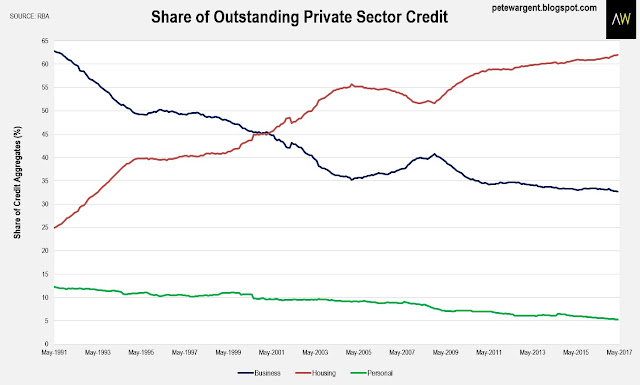 Finally, and not too surprisingly, through netting off the results we can see that non-bank lending has picked up some of the slack to grow by a faster pace in May. 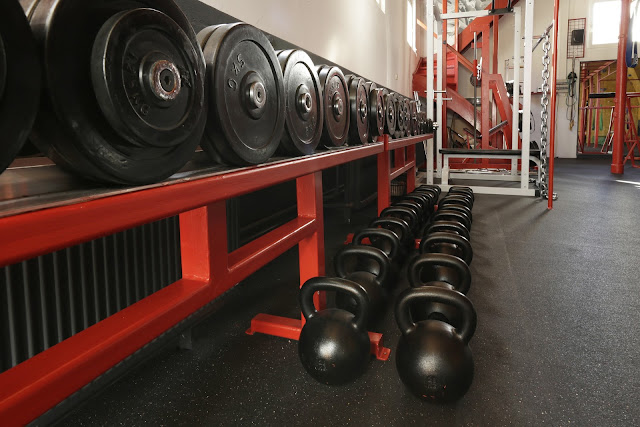