Moody's reported that mortgage arrears fell in the eastern states, but increased further in Western Australia.

And we're seeing similarly divergent trends in most data right now, with the national economy generally improving, driven forward by Sydney and Melbourne.

New motor vehicle sales blazed to their highest ever level in June, with a seasonally adjusted 102,275 units shifted. 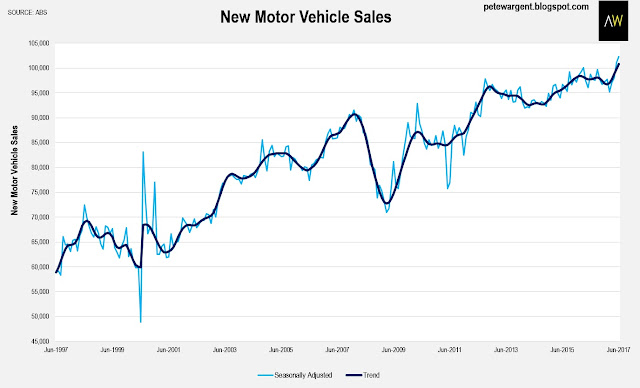 The result was driven by yet another surge in Sports Utility sales, with a record 40,395 sales recorded in the month of June. 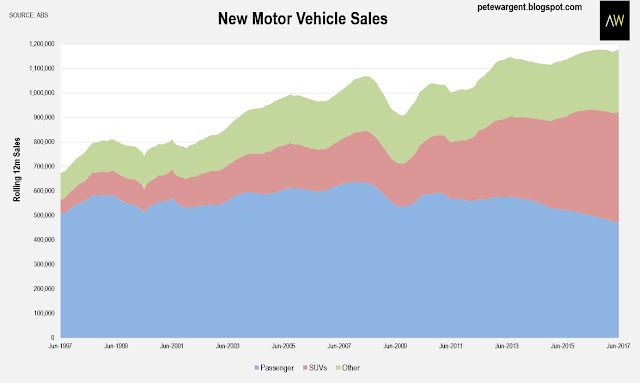 At the state level the boom was initially driven by a combination of tax breaks on asset purchases and a thriving Sydney economy, with annual sales in New South Wales surging.

Lately, the boom has been driven by Victoria, following an explosion in population growth. 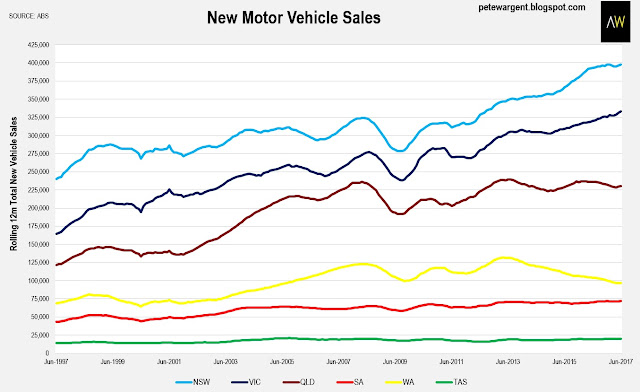 On the flip side, production volumes continue to drop, with annual production down by 39 per cent over the past five years as the assembly industry wastes away. 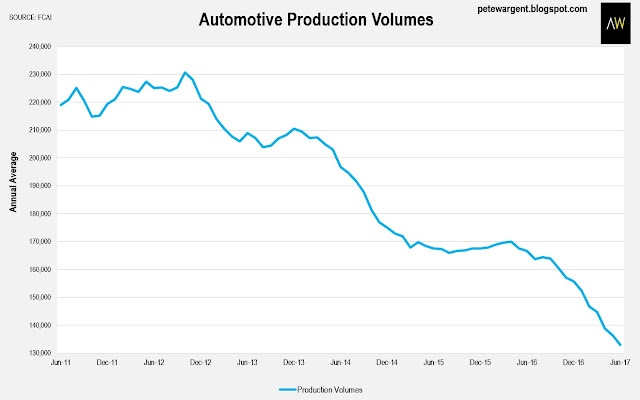 Overall, this was a colossal month for new motor vehicle sales, suggesting that talk of widespread household financial stress is wide of the mark.

The Reserve Bank's Minutes released today talked of a broad based improvement in the economy, and a new "neutral" cash rate setting being 3.5 per cent.

Aussie dollar to the moon! 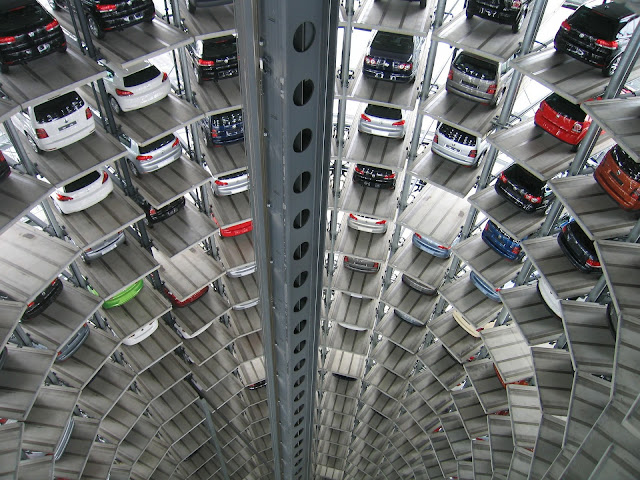