Investors doubling down on Sydney (again)?

Australia's largest mortgage aggregator Australian Finance Group (AFG) reported that APRA's cooling measures had clipped investment lending back to a 31 per cent market share in the June 2017 quarter, down from 40 per cent at the market peak.

This will doubtless be welcome news for the regulator. 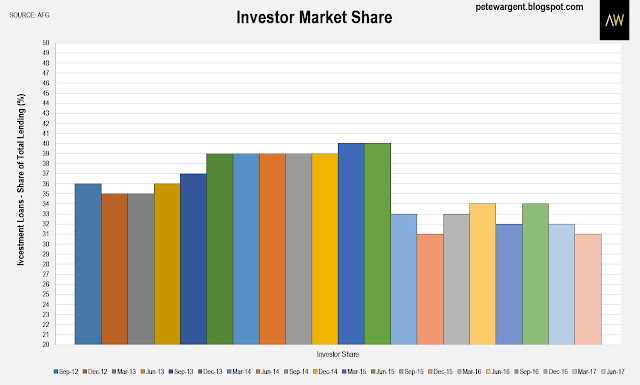 The average mortgage size, while typically higher through broker channels than for the wider market, has also declined marginally over the past six months. 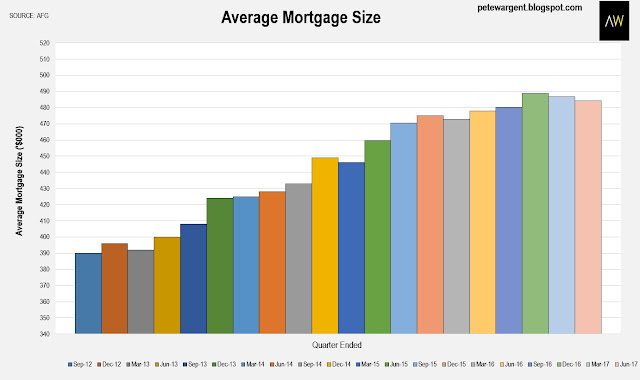 Indeed, only Queensland recorded an increase in the average mortgage size in the June 2017 quarter. 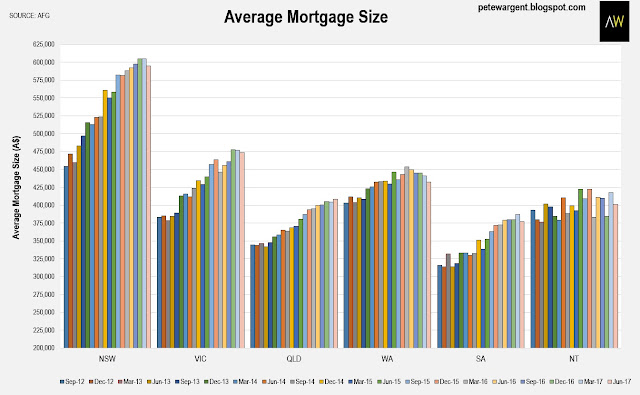 AFG reported that non-major lenders have helped to close some of the void left by the main players, accounting for a 35.2 per cent market share, up from considerably lower levels across recent years.

Refinancing was also well down, and more borrowers sought to fix their loans, with fixed rate products jumping to 23.7 per cent of new mortgages written.

While the slowdown in investor market share will be welcomed, the broad brush approach may do as much to harm to suffering housing markets as it will to slow the hot sectors.

The latest ABS lending finance figures released this morning showed that New South Wales investor loans blazed to $6.6 billion in May - the second greatest month on record - while property investment in Victoria is also pumping along.

There is often a blurred line here between first homebuyers and first-time investors as measured between the different surveys.

But whatever the split, activity remains red hot in NSW as job vacancies in the state have soared to their highest ever level and Sydney's unemployment rate threatens to fall below 4 per cent.

Elsewhere? Well, not very much elsewhere. 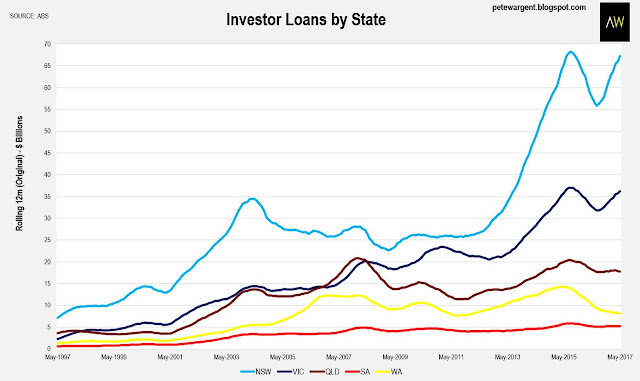 At the other end of the spectrum, the value of investor loans in the Northern Territory is now tracking at the lowest levels since 2006 - and that's in nominal terms.

Population growth was actually significantly negative in the NT over the December quarter, which is rarely a healthy dynamic for housing markets! 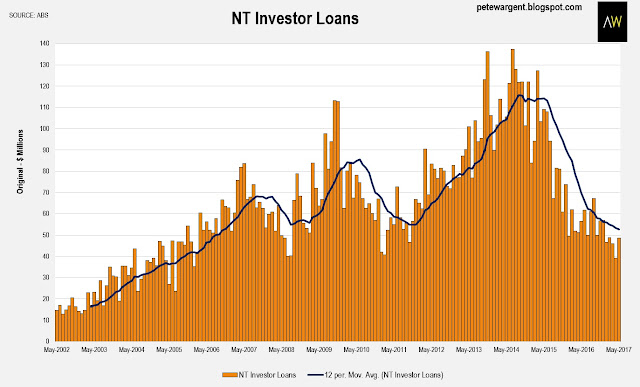 It's the two-speed mining boom in reverse, and almost enough to turn the Opera House blue. 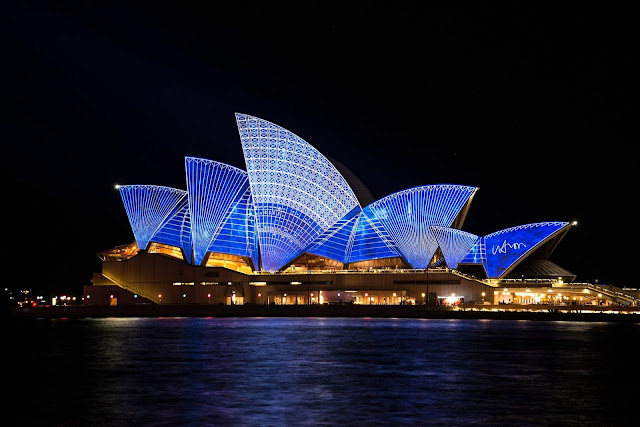