Australia's total annual employment growth has lifted to +2 per cent, taking the total number of employed persons up to 12.2 million, representing a material improvement in 2017. 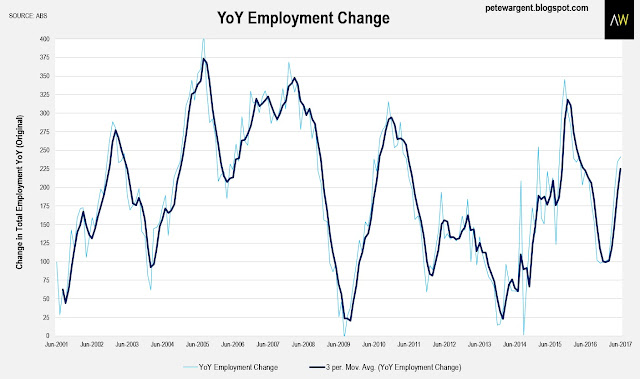 After a remarkable 3-year run, Sydney hiring is off and running again, with total employment growth surging back towards +2.5 per cent, and employment +64,500 higher year-on-year. 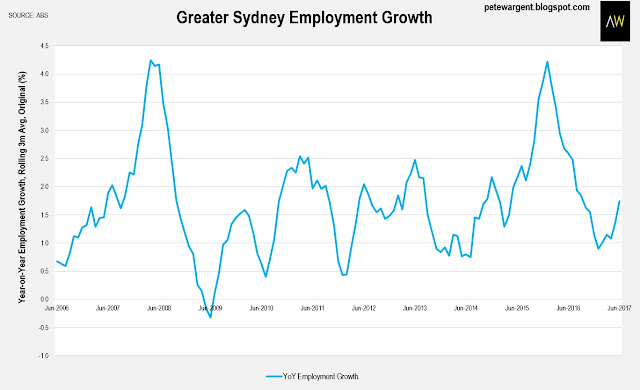 Despite the relatively high level of unemployment on the Central Coast, across Greater Sydney the unemployment rate has now fallen to just 4.36 per cent.

The annual average unemployment rate for the harbour city is now at the lowest level since the financial crisis, helping to explain why mortgage arrears have been falling from already low levels to even lower levels.

Perhaps small wonder that the Sydney housing market has held up so well looking at these numbers. 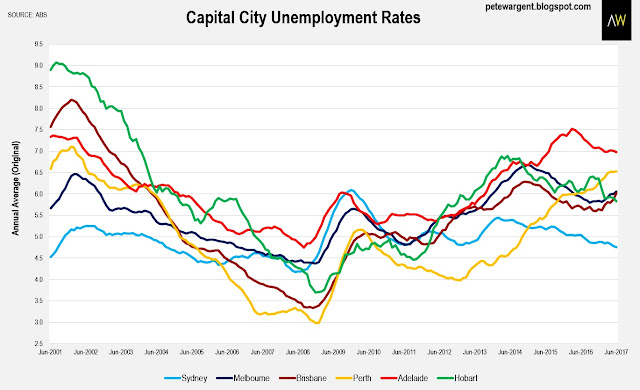 Brisbane has seen an big uplift in inbound internal migration, but appears to be struggling to absorb the intake with gainful employment as apartment construction slows.

The median duration of job search across Australia has improved, if marginally, from 20 weeks a year ago to 19 weeks in June 2017. While Hobart has been improving on this measure, it now takes 22 weeks on average to find a job in Adelaide, which is a concern. 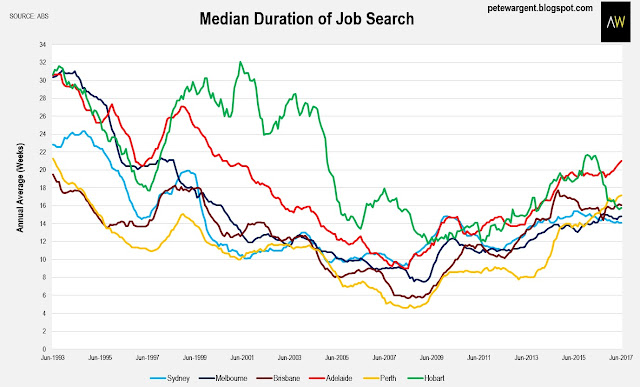 Finally, a look at Townsville employment as a bellwether for the resources-influenced regions shows that total employment has rebounded from the lows of 2016. 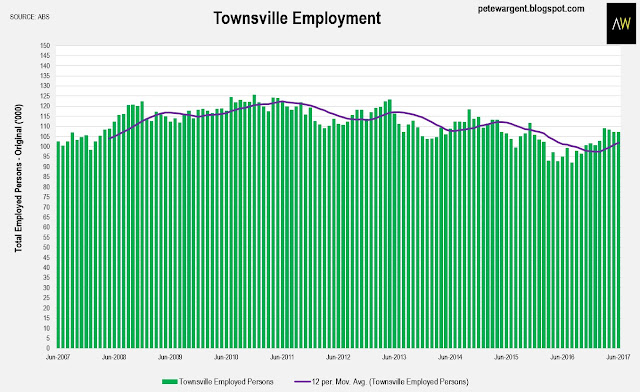 Overall, the labour market seems to have turned a corner in 2017, albeit with the proverbial turning circle of the QE2.

And the results do remain quite unbalanced around the states.

Sydney looks set to most enjoy the benefit of low interest rates for another couple of years, which may in turn result in the return of stronger wages growth.