Luck of the Irish

Over recent years there's been quite a lot of social media talk in Australia regarding the property market, being somehow "like Ireland".

Not sure why, exactly, as prices have not experienced anything like the same run-up, at least not since 2003 when the ABS house price index kicks off (though to be fair, a lot of this type of stuff depends on how you frame the data, over what time-frame, and so on). 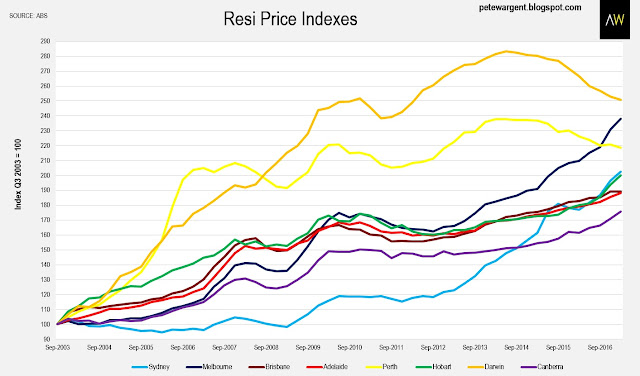 If you were looking for a European equivalent housing 'market' - not sure why you would be particularly, but if you were - Great Britain would probably be a more likely candidate.

Northern Ireland, not so much - its population is tiny for starters - while the Republic of Ireland's pound was superseded by the Euro in the late 1990s, which brought into play a whole different range of dynamics.

In addition to Australia's flexible labour market, the Reserve Bank of Australia (RBA) makes its own monetary policy decisions in terms of the cash rate, and since the 1980s Australia has had a free floating dollar.

Before that, from 1931 Australia's currency was pegged to the British pound, before it was switched to a peg against the US dollar in 1971.

Floating the dollar in 1983 helped to address the issue of volatility in monetary conditions.

Importantly, it also changed the way in which the economy can deal with external shocks (such as, let's say, wild shifts in commodity prices and the terms of trade, by way of a pertinent example).

The shift to a floating exchange rate has contributed considerably to less volatility over the past couple of decades.

The floating exchange rate also now helps to act as a buffer against external shocks.

That's why - at least, I reckon - comparing Australia's housing market to the protracted bust of the 1890s or whatever is pretty much as a waste of time, except in an academic or theoretical sense.

Since, unlike Spain or Ireland, Australia is free to devalue its dollar - and because in global terms Australia has relatively low levels of government debt - a recovery from a sharp or severe housing downturn would likely be relatively much quicker.

Obliquely related to the above, Rightmove released its July 2017 asking price index for England and Wales, which crept up to £316,421, to be +2.8 per cent higher year-on-year. 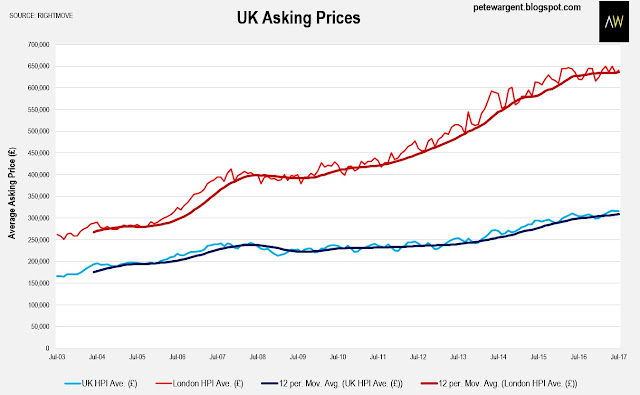 You can see here the impact of the global financial crisis on asking dwelling prices in England and Wales.

Britain, too, has a floating exchange rate, has run wide deficits, and has allowed interest rates to fall close to zero, while also deploying unconventional measures in the form of quantitative easing (QE).

While Britain has been through a seriously rough patch since the financial crisis, the stabilising factors have worked over time and the unemployment rate has now fallen to its lowest level in 42 years.

As for the housing markets, the UK downturn was felt most keenly in the regions from 2007 forth.

Since the above figures exclude Northern Ireland, the downturn overall appears to have been quite shallow.

Yet if you stripped out the London effect the correction was quite painful in much of regional Britain, particularly in the north east of England, for example.

This is better shown by Nationwide's disaggregated index, with house prices across many of the regions taking six or seven years to recover, even in nominal terms. 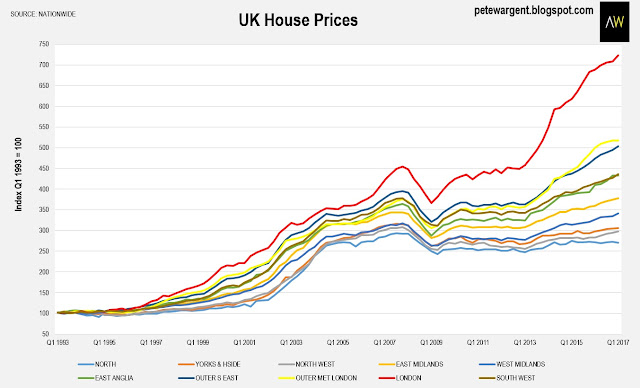 In some economically depressed areas, prices are still below 2007 peaks even today.

London suffered a bit of a downturn which spanned five quarters, before prices recovered to hit new highs. 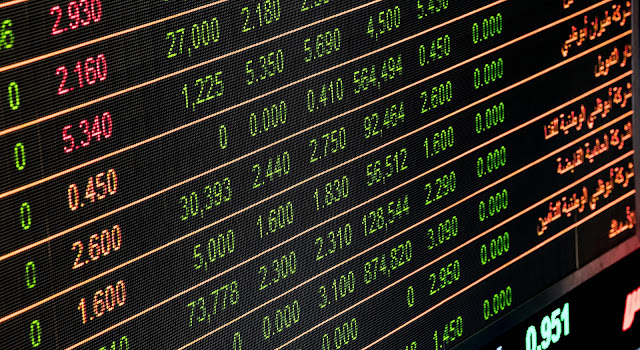