A quick one for the unemployment 'truthers' out there!

Quite a plethora of pundits have opined over recent years that the official ABS employment figures are "fake", while the "real" numbers are published by Roy Morgan Research, mainly because Roy Morgan uses a different methodology and typically records a higher unemployment rate.

These good folks will no doubt be conspicuous by their absence this month, though! 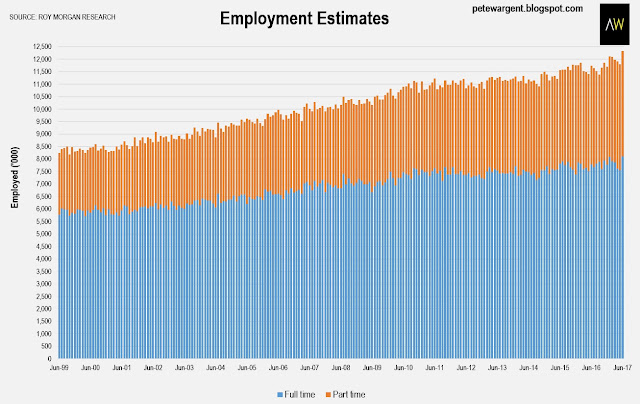 If the ABS survey follows suit then expect to see employment growth picking up the pace as 2017 continues, which would also mirror business surveys and job vacancies indicators. 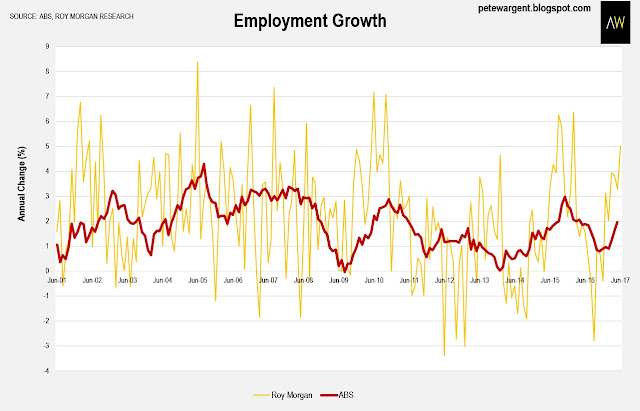 The 2016 Census will reveal some startling figures on the sheer concentration of recent migrants in the capital cities, and particularly the number of Chinese-born migrants residing in Sydney and Melbourne.

It's not exactly a shock to readers here - I've discussed this unfolding trend here many times before - but the determined manner in which migrants have shunned regional Australia will raise some eyebrows as the media reports are rolled out.

Partly for this reason, expect to see the unfolding jobs growth concentrated in Sydney and Melbourne.

Indeed, the jobs vacancies figures suggest to me that Sydney's unemployment rate could be headed to under 4 per cent. 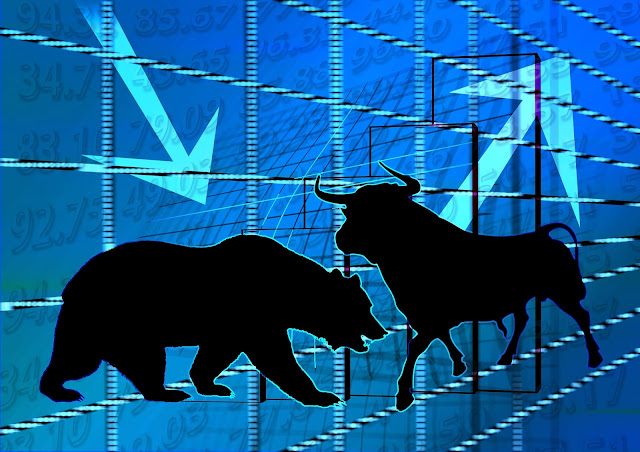