Job vacancies up by a quarter from 2013

The recovery in the labour market has been slow, surreptitious, and shallow, so you'd easily be forgiven for having missed the bottom, but job vacancies do indicate a steadily improving immediate outlook.

After a solid result in the month of May, trend vacancies improved again by +0.9 per cent in June 2017. 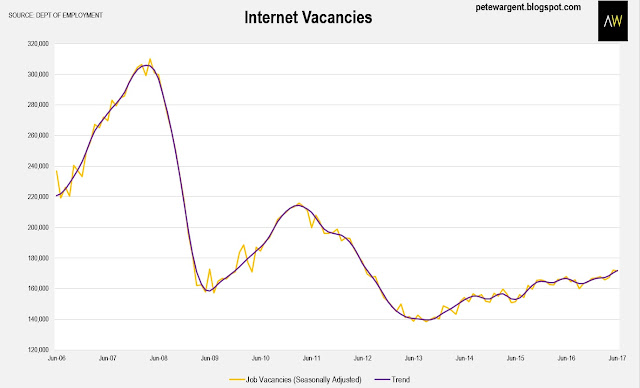 Trend job vacancies were on the up for all occupational groups in FY2017, but the strongest increases were for machinery operators and drivers - which were up by +21.5 per cent over the financial year, albeit from a small sample group - as well as technicians, and trades workers.

Naturally, the employment outlook for employment is always important for the respective city housing markets.

Since there has been an unprecedented volume of apartments under construction the three most populous capital cities need to be able to sustain strong immigration rates in order to absorb the new stock, in addition to attracting international students. 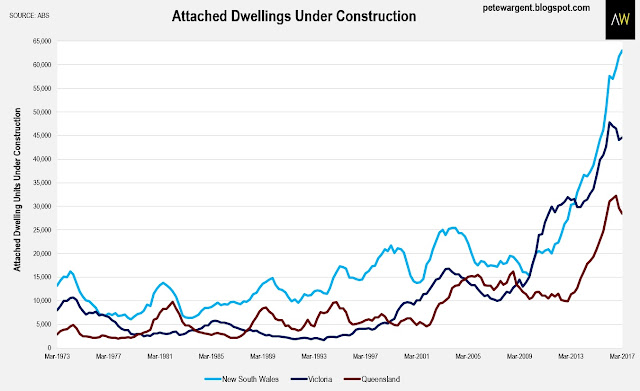 New South Wales appears reasonably well placed in this regard, with the Department of Employment reporting some 65,500 vacancies. 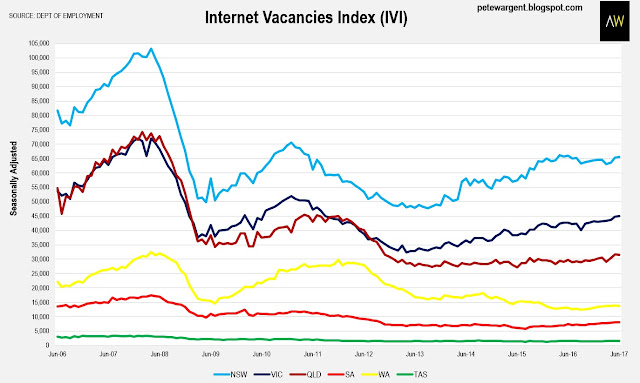 The ABS survey has also previously recorded a super-strong 69,300 vacancies for NSW, an all-comers record high for any state on that measurement (this index was put on ice for a while during a period of budget cuts, accounting for the mysterious gaps in the chart).

Following a recent surge, Victoria has now seen a +5.9 per cent trend uplift in vacancies over the financial year to a solid enough 45,100.

In many ways Queensland faces some of the greatest challenges, with thousands of new apartments coming online, yet employment having been held aloft by public sector hiring and, well, jobs related to apartment construction!

There was some promising news in the Sunshine State with trend vacancies up by +7.9 per cent over the year to 31,600, making Queensland the second strongest year-on-year performer on this measure.

South Australia has recently been the surprise package on this index, with a +13.3 per cent trend annual increase.

However, there were declines in Tasmania, the ACT, and a substantial double digit trend decline in the Northern Territory.

Finally, having nosedived by -28.8 per cent over the two years to September 2016, trend job ads in Western Australia have recovered somewhat to be 9.6 per cent above their September 2016 nadir.

Clearly it's a far cry from the heady days of the mining boom when you could sometimes get a pay rise or even a bonus just for turning up to work, such were the skill shortages in certain sectors.

Nevertheless it's good to see that vacancies have been rising solidly over the last five years, albeit with a couple of stumbles along the way.

On this evidence, Sydney and Melbourne will continue to attract the bulk of immigrants, while Melbourne is also attracting workers from all over Australia, rendering its forecast apartment glut a big fat fizzer. 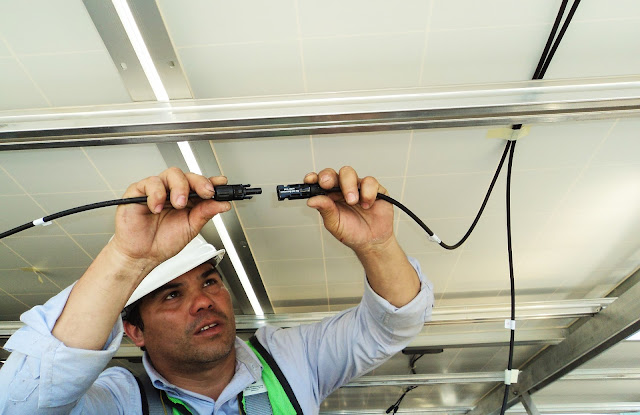