A pretty solid result for housing finance in May with seasonally adjusted total finance rising by 1.3 per cent to just over $33 billion.

Looking at the smoother trend figures, total housing finance has been fairly flat now for about two years, since macroprudential measures first kicked into gear.

The value of investors loans continues to moderate - with home loans by and large picking up the slack - and this rebalancing has manifested itself recently in rising rents in Sydney and Melbourne. 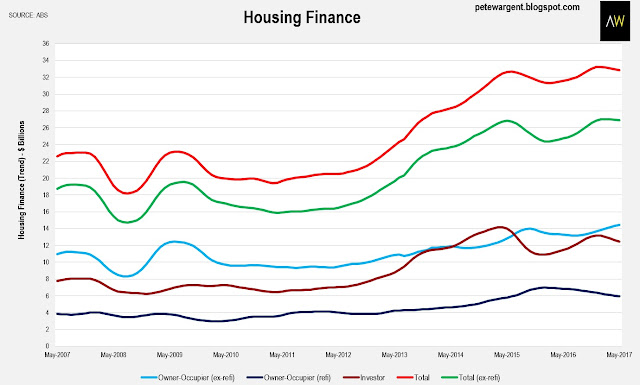 First homebuyers accounted for 14 per cent of commitments in May, a slight rise.

But the difference between the average loan size for first homebuyers at $318,000 and non first-homebuyers, which has surged again to $390,100, has blown out to its widest ever margin.

Even smoothing the figures for the last year shows the dichotomy, and it's making life challenging for first homebuyers. 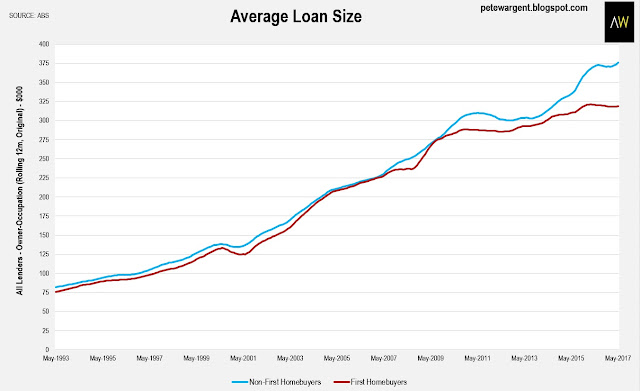 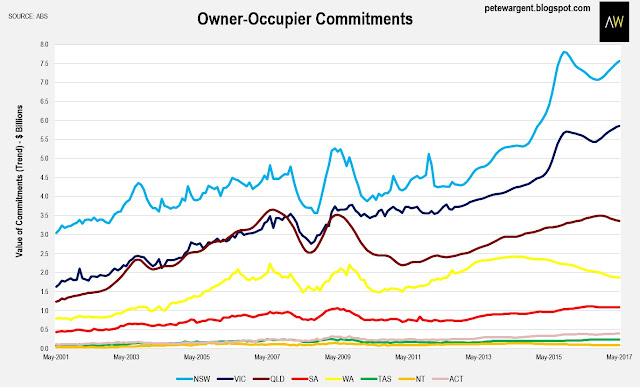 The number of new dwellings purchase by owner-occupiers has risen strongly to sit at close to the highest ever monthly level, matched only on one occasion during the days of financial crisis stimulus. 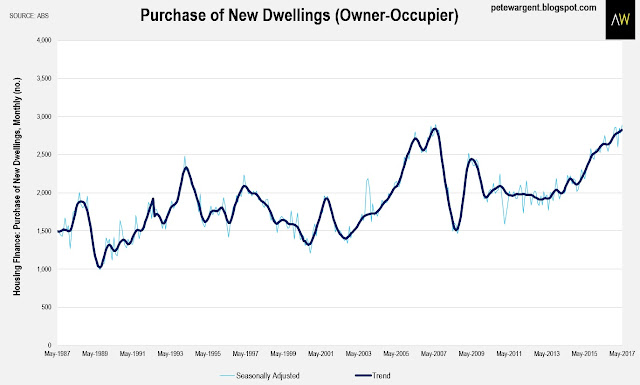 It seems that developers in Queensland have successfully convinced more homebuyers to buy new. 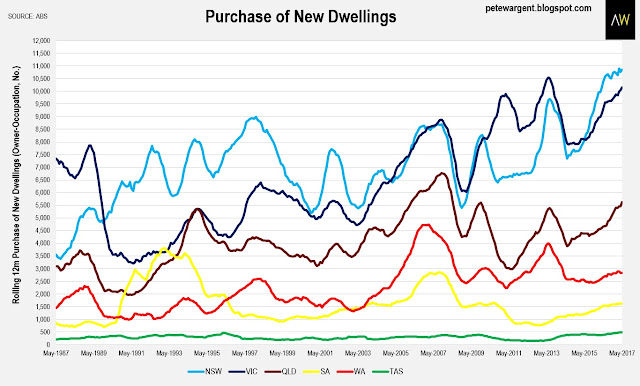 Lending for the construction of new dwellings was also strong, at its best level since early 2015.

Overall, a solid if unspectacular result, with the average loan size for non-first homebuyers blazing higher again to sit just a fraction below the 2015 record level of $390,700.

Investor loans continued to moderate as expected, and there will be a further slowing to come in the following months.

I'll look at the investor loans by state on Thursday. 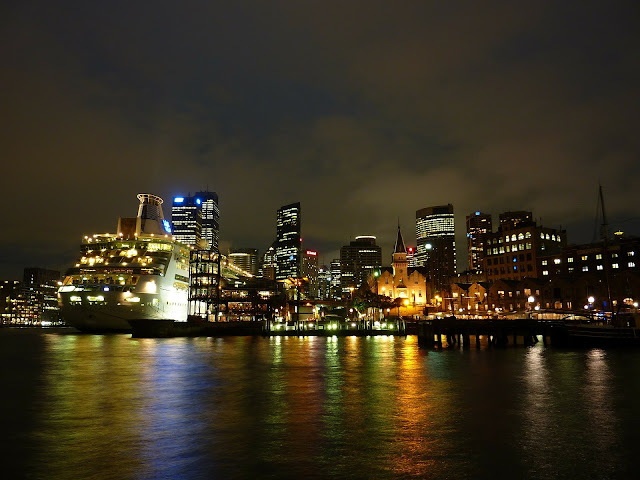