With serviceability constraints starting to bite in Sydney the monthly gains were largely driven by apartments, with units in the harbour (+4.5 per cent) recording a large jump.

In reality this index produces a decline in May and then a rebound in June every year, so the quarterly results may be a better place to direct your attention.

Over the three months to June there were median price gains in Sydney (+0.8 per cent) and Melbourne (+1.5 per cent), while Brisbane notched the third strongest quarterly result (+0.5 per cent).

The Sydney market has clearly pared back after blistering +5 per cent growth in the March quarter, echoing recent trends in auction clearance rates.

A strongly monthly result saw the quarterly result move into the black there too. 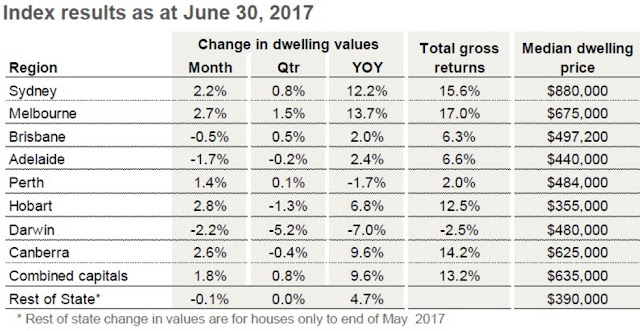 
The Rest of State figures were flat over the three months to June, after a posting a negative result for the month.

This now leaves Darwin as by far the worst performing capital city in line with a wide range of other indicators, with home prices some -7 per cent lower over the year to May at $480,000.

Rents on the way up

CoreLogic also found that stronger rental price growth has returned since the end of 2016.

And mirroring the findings of SQM Research and Domain, both Sydney (+4.5 per cent) and Melbourne (+4.1 per cent) are suddenly recording much faster rental price inflation as strong migration absorbs the available supply of rental stock.

With energy costs also set to rise sharply, this dynamic may have important implications for monetary policy and interest rates, since it might begin to push inflation in towards the target control range.

Find much more detailed analysis from CoreLogic in their media release. 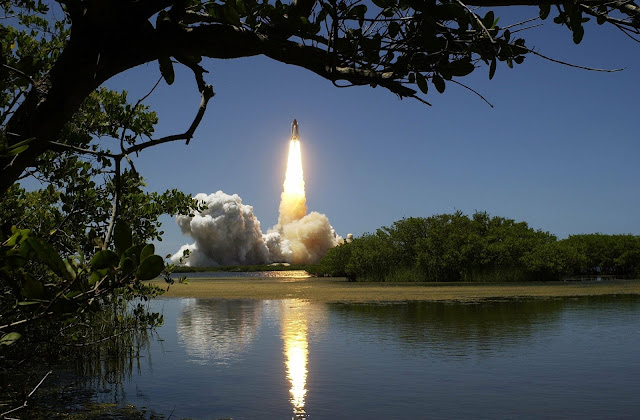