Personal credit growth was negative again in November 2017, as it was in October 2017, and on an annual basis it has been negative since 2015 as Aussies elect to cut up their credit cards (or at least, apply for fewer cards and personal loans).

Housing credit continues to swing across from investors to owner-occupiers - in part due to loan switching - but in aggregate the annual rate of growth at 6.4 per cent remains higher than a year earlier when it was 6.3 per cent. 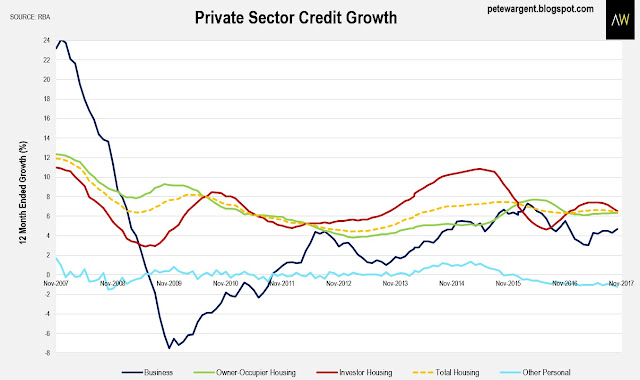 Annual credit growth was steady year-on-year at 5.4 per cent. 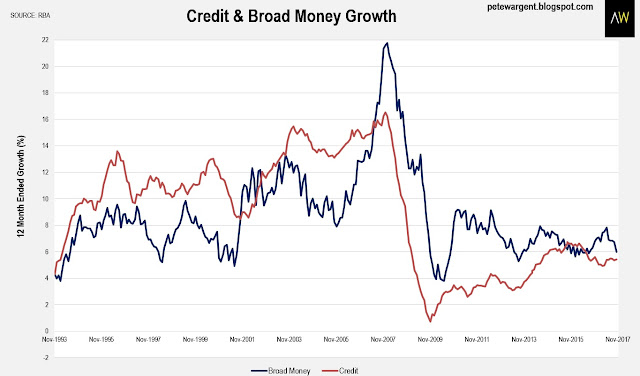 Cross-checking to APRA's monthly figures we can see that ADIs grew their investment loan exposures at just 2.8 per cent, miles below the arbitrary 10 per cent speed limit, so there is plenty of potential capacity for investment loans to pick up again in 2018. 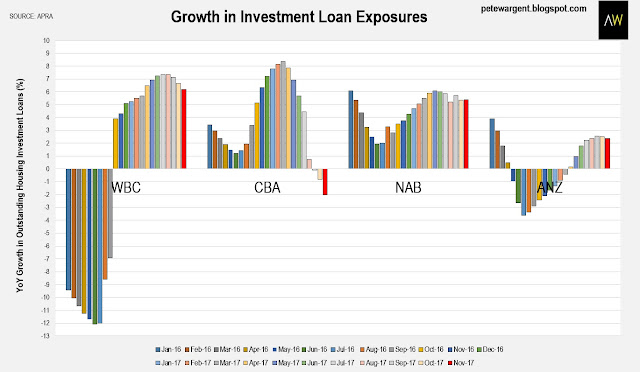 On the other hand, APRA's figures showed that monthly owner-occupier credit grew by an up-tempo 0.56 per cent to $1.04 trillion, suggesting that non-banks have picked up the slack created by tighter lending standards.

The unemployment rate continued to trend lower in 2017, now down to its lowest level in 4½ years with further declines to come in 2018, and S&P has its 30-day prime mortgage arrears at the lowest level we've seen. Arrears may or may not pick up a bit in 2018, but they are presently tracking at such a remarkably low level it could hardly be a surprise if they did. 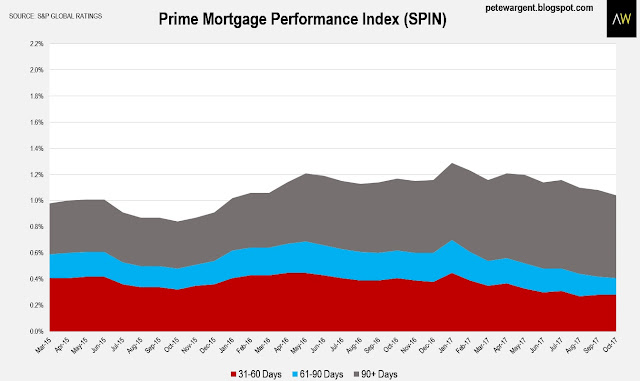 The Reserve Bank's figures suggest that the ratio of household debt to disposable income will likely tick past 200 per cent in 2018, but serviceability remains very comfortable for most households, with the cost of living indexes very benign and household income growth passed its nadir.

It was interesting to see that the Bank for International Settlements (BIS) incorporated the two uppermost points I raised at the UBS Conference panel debate, namely on Australia's household debt distribution by quintile and the tremendous growth of mortgage offsets (see borrowers and buffers) in its latest paper on household debt (though it appears to have given the buffers point relatively short shrift!).

The fact is, though, that mortgages are easier to service than they used to be, and overall households are managing pretty well, while the outlook is improving nicely in the resources states.

Roll on 2018 and the 'surprisingly resilient' articles... 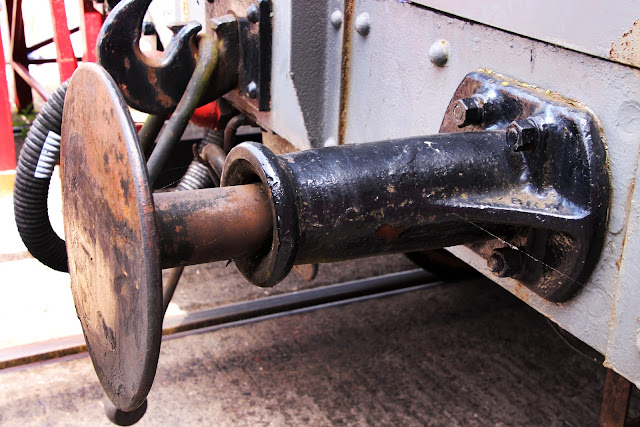