Well, that was a sensational Labour Force result, with employment up by a massive +61,600 in November, including +41,900 full time jobs, making for 14 gains on the bounce and the best monthly result in a couple of years. 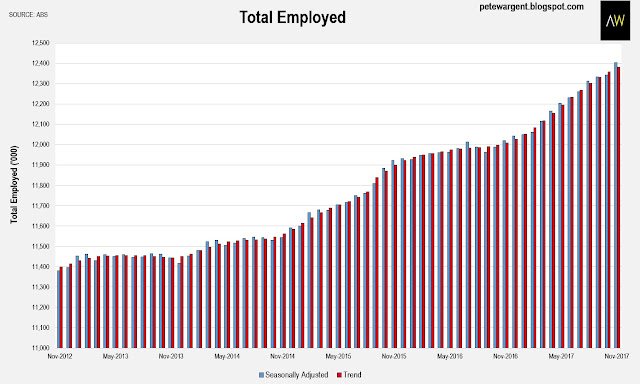 The trend growth in employment tore up to +3.1 per cent, or +371,000 jobs, which is the highest annual employment growth ever recorded on that measure - and better still this has overwhelmingly been driven by full time jobs (about four-fifths of the increase). 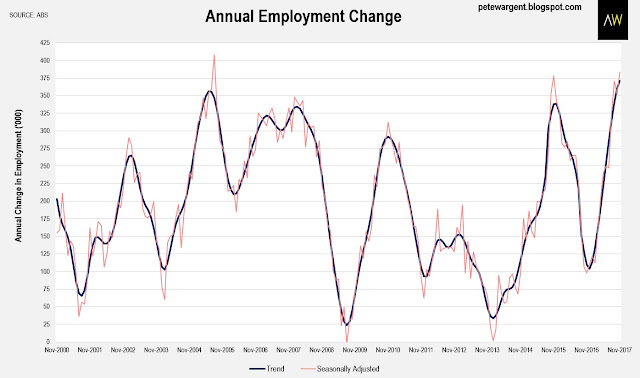 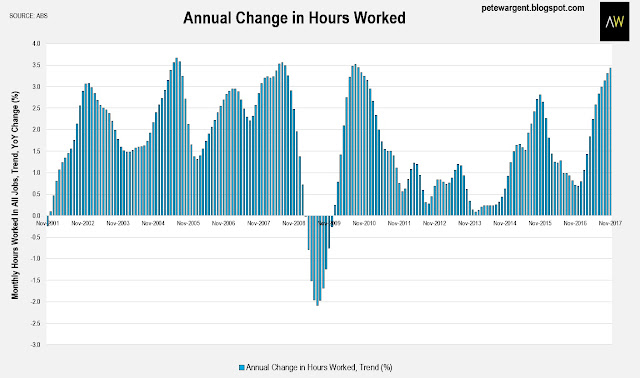 Queensland also added more than +95,000 jobs over the year, albeit only about half of those positions full-time.

The trend employment growth in Queensland has soared to +4.8 per cent, reflected in net interstate migration that is beginning to gather a head of steam in the Sunshine State (well over +5,000 people over the last 3 months of available data, a decade high). 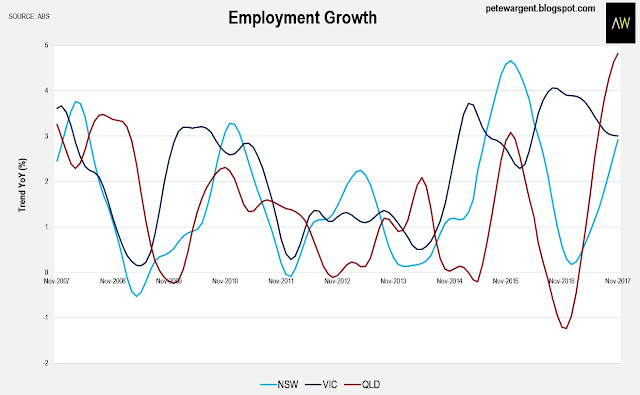 Western Australia saw a solid +35,000 increase in employment over the year, though the state's unemployment rate increased on a higher participation rate.

Indeed an interesting aspect of this release was that the national participation rate suddenly leapt to 65.5 per cent, meaning that there was no change in the headline unemployment rate. 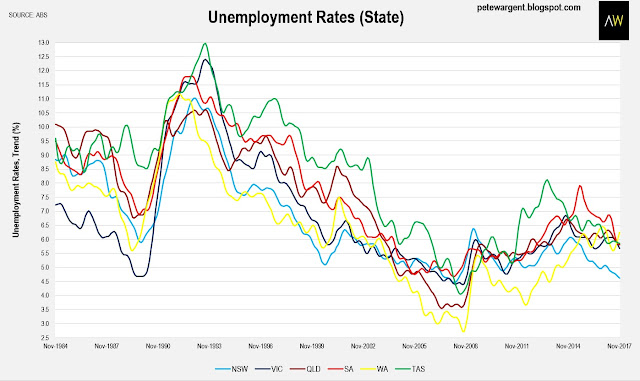 Hello, full employment! NSW is now within a sports stadium or two of a record low unemployment rate - amazing stuff.

This was a big result, strong pretty much all round, blasting expectations and sending the Aussie dollar soaring.

More Aussies are looking for work, and the economy is creating the jobs accordingly, in part driven by infrastructure projects.

The quarterly measures of underemployment and underutilisation both fell nicely from quite elevated levels, and importantly, leading indicators point to more of the same over the next 6 months.

The Reserve Bank will be thrilled with these numbers, and all eyes will now turn to look for signs of wages growth in the new year. 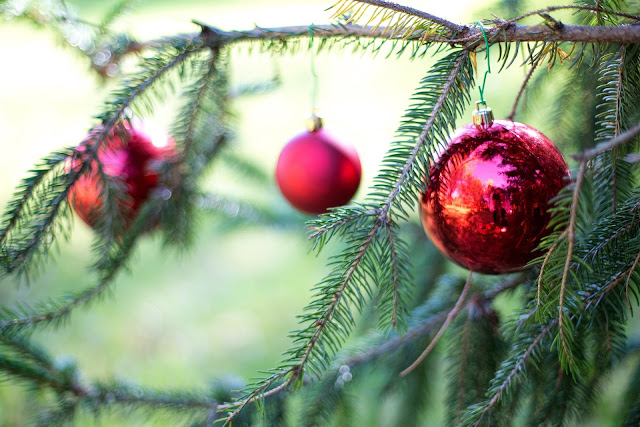