The US economy is now growing as fast as it can sustainably grow (potential output) for the first time since 2007.

Yet President Trump is set to deliver tax cuts, followed by a potentially significant 2018 infrastructure plan.

US GDP growth was revised up to +3.3 per cent in the third quarter, so things could now get quite interesting.

Even allowing for hurricanes the economy has averaged +170,000 new jobs per month over the past three months.

In November nonfarm payrolls expanded by +228,000 to rack up a record 86th month of expansion. 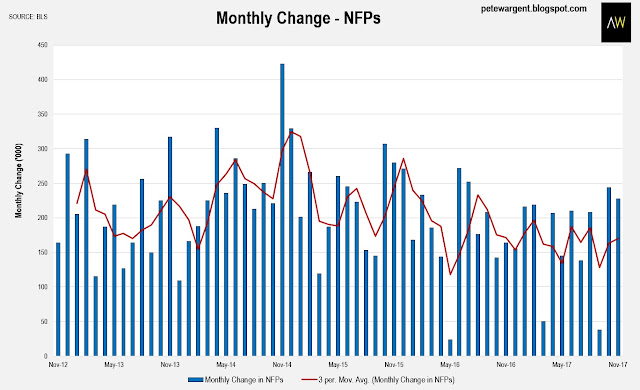 The unemployment rate again came in at just 4.1 per cent. 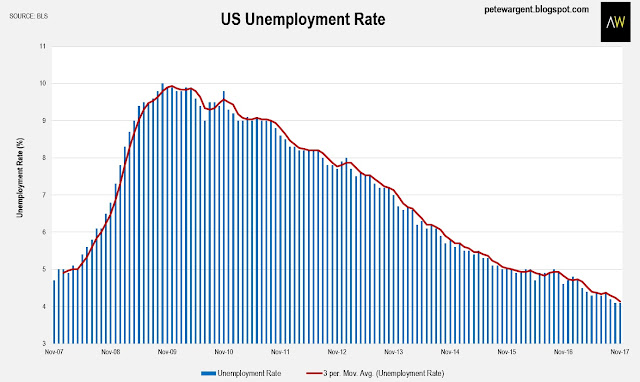 Despite this average hourly earnings still only increased by +2.5 per cent from a year earlier.

Rates in the US look to be heading higher, albeit gradually.