Jobs for the boys

Skilled vacancies rose for the 13th consecutive month in November 2017, which is the first time that's happened since 2011 according to the Department of Employment.

The trend index now sites +8.5 per cent above the level recorded a year ago and some +27.3 per cent (or +38,200 advertisements) above the October 2013 nadir, so the recovery gathering momentum nicely.

That's bullish for more jobs growth in 2018, coming off the back of a behemoth 2017 for employment gains. 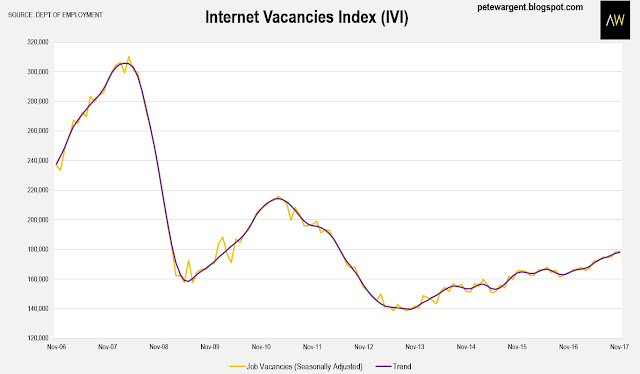 Interestingly the resources states are now forging ahead, with substantial year-on-year increases in Western Australia (+18 per cent), Queensland (+15 per cent), and the Northern Territory (+16 per cent) in seasonally adjusted terms. 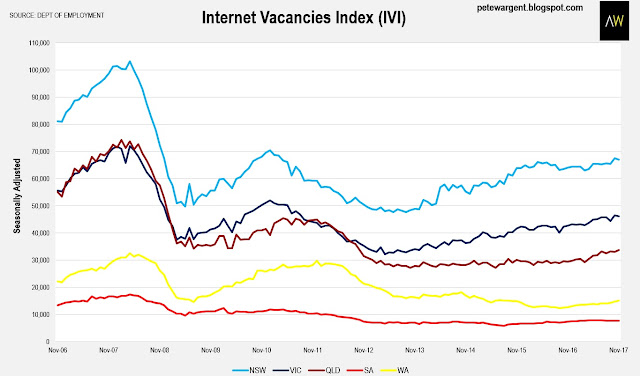 The male-dominated occupational groups dominated the annual increase, including technicians and trades workers, and machinery operators and drivers.

What a year lies ahead for Queensland, such an exciting time to be alive! 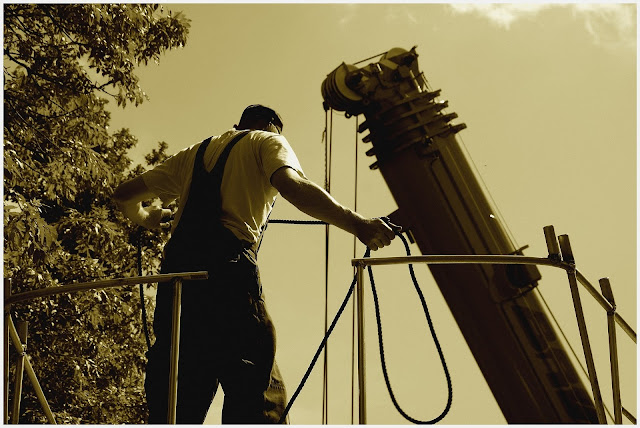