Employment growth and now interstate migration into Queensland have suddenly surged to their highest level since the financial crisis.

And not all of those new jobs are in Brisbane, which makes for pleasing reading.

Trend employment across the state rose to a thunderous 4.8 per cent over the year to November 2017, quite a stupendous increase after such a lean few years. 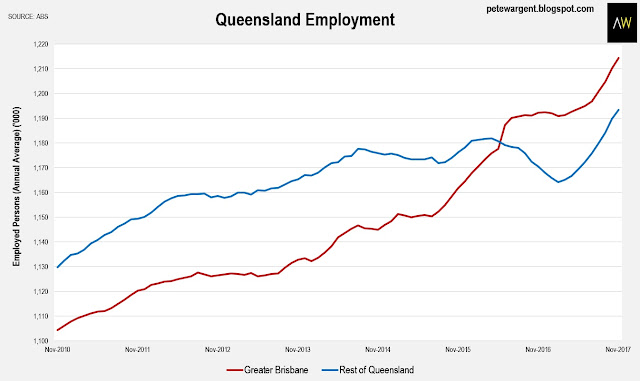 South-east Queensland soon plays host to the Commonwealth Games in 2018 which will deliver another timely boost.


Half as big again

Winding the clock back to just before the Sydney Olympics in round numbers there were 1.6 million employed persons in the Sunshine State, whereas today the total is about 50 per cent higher at around 2.4 million.

So that marks an expansion of just under 450,000 in total for 'Greater Brisbane'.

Gold Coast and Sunshine Coast have added about an extra 150,000 and 75,000 employed persons respectively over that time, with Toowoomba, Townsville, Mackay, and Cairns mopping up most of the remaining new jobs created.

It's easy to get excited by the monthly noise, but even smoothing the figures on an annual average basis shows that an overdue jobs recovery is  now well underway. 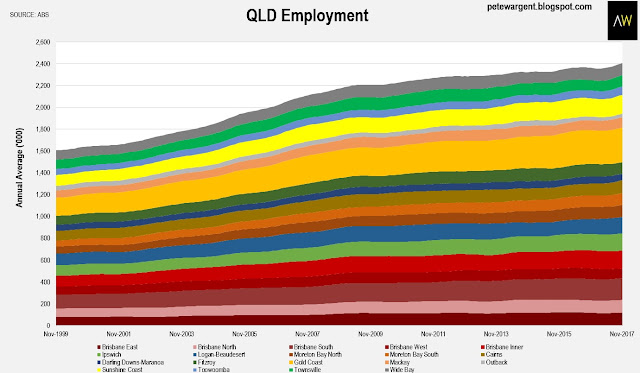 A closer look at what's happened over the past 12 months shows a welcome recovery for the resources regions, including Townsville and Mackay, in addition to solid employment growth in Cairns.

Brisbane, Gold Coast, and Sunshine Coast have all been tracking rather nicely too.

Jobs growth has been spread across the public and private sectors, and over a number of industries.

Mining fortunes have been mixed to say the least over the past decade.

Coal mining jobs fell quite dramatically from 2014, but the outlook has brightened in tune with commodity prices. Employment in the oil & gas industries has followed a similar pattern, coming from a much lower base a decade ago.

Healthcare was a considerably larger employer in 2017 Queensland than it was half a decade earlier, while a plainly visible spate of road and other infrastructure projects have helped to get the economy moving.

Construction employment has fought its way back for now, largely through residential building, following a retreat after the peak of resources construction.

On a more cautionary note, there is an unsustainable element to growth in some sectors, with a cyclical surge in real estate agents & service providers - up by nearly a fifth over a relatively short period of time - while SEEK's employment report showed a  boom in Queensland advertisements in some of the trades & services categories.

The job advertisements figures bode very well for the first half of 2018,  but something will need to plug that hole as apartment construction drops away. 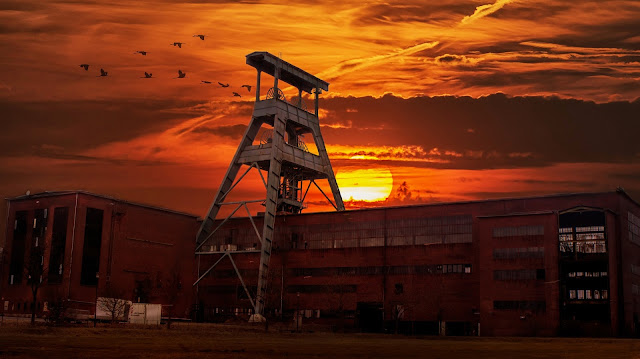