Capital city dwelling prices declined marginally in the September quarter, down by -0.2 per cent on the supply of new apartments, although dwelling prices were +8.3 per cent higher than a year earlier, taking the total stock value up to nearly $6.8 trillion (click charts to expand). 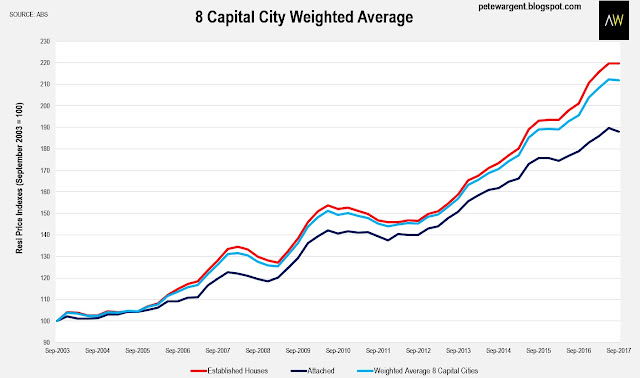 The quarterly decline was driven by Sydney (-1.4 per cent), with the harbour city's annual growth now slowing to +9.4 per cent.

Hobart's index has now outperformed that of Sydney since the inception of this index in 2003, while Melbourne has now comprehensively beaten off all comers.

By far the softest market was Darwin, with prices down by another -6.3 per cent over the year. 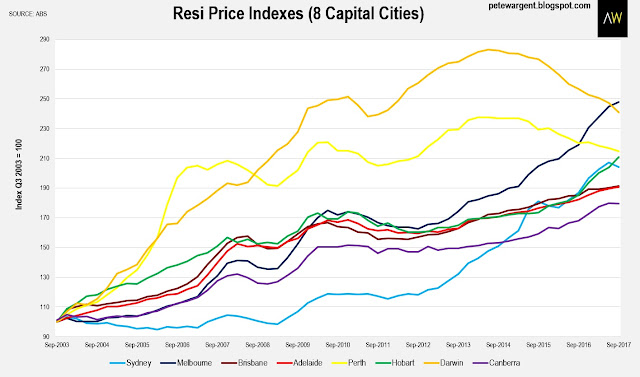 Drilling into the Sydney figures, APRA's intervention is once again clear, this time with a marginal correction in both house (-1.3 per cent) and attached dwelling prices (-1.4 per cent) in the quarter. 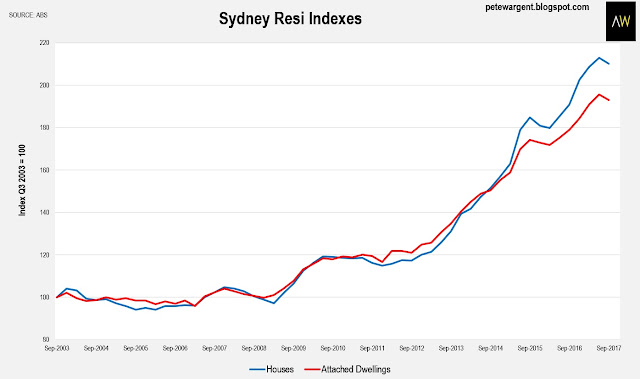 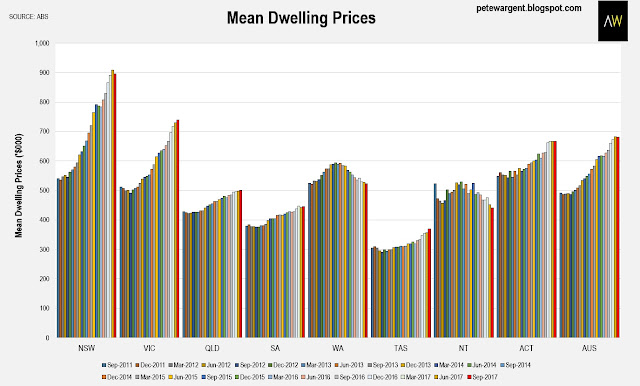 Finally there are now just shy of 10 million dwellings in Australia.

The preliminary figures for New South Wales are clearly low for the quarter, which can happen, but the one thing to take away from these figures is the clear lack of overbuild in Victoria. 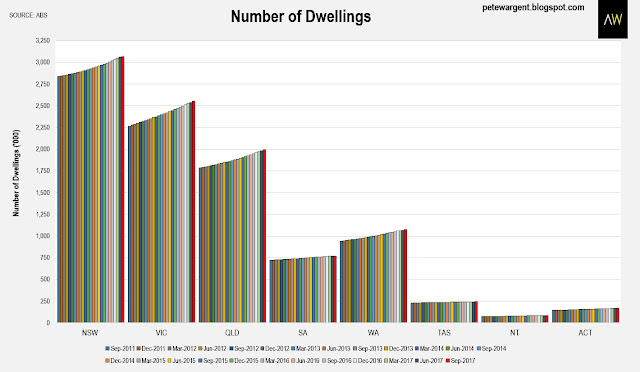 Building activity has been supremely strong in Victoria over the past half-decade, but it has simply been overwhelmed by the even faster increase in headcount. 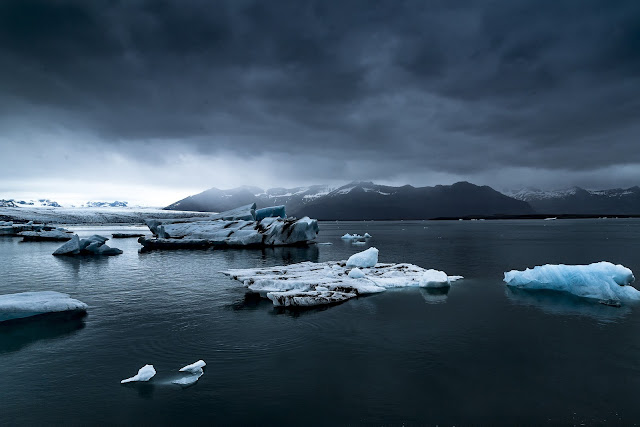