Thumbs up for capex

Excellent news as actual capital investment increased to an estimated $29.4 billion in the third quarter, higher than in the June quarter and +2.3 per cent higher than a year ago. 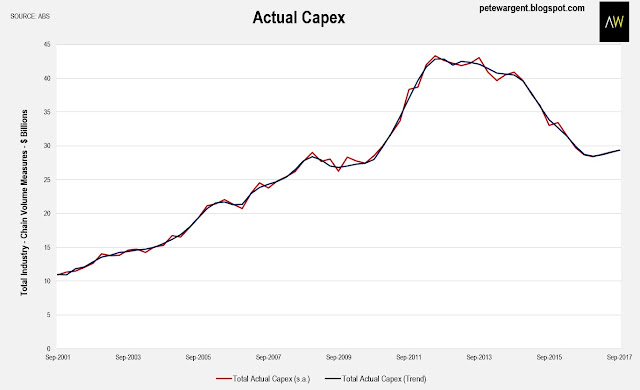 Mining investment continues to decline, but the bottom is now almost in, and the drag on the economy will soon be no longer after half a decade.

Manufacturing investment remains fairly flat, but importantly capex in the much larger range of other selected industries (services etc.) is now up by 28 per cent since the 2013 nadir and is rising fast. 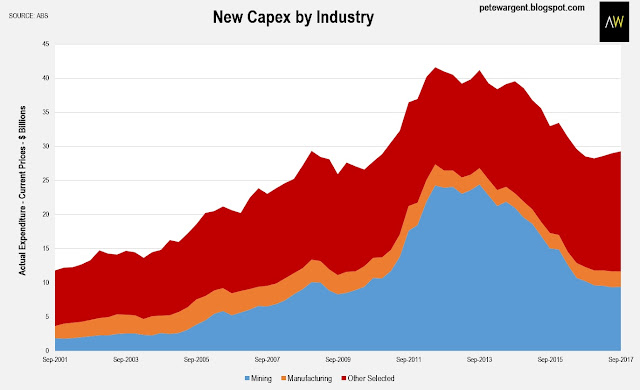 That's hugely significant for the economy, and will put a smile on Governor Lowe's face.

The result was especially positive for Queensland, with rising investment driven by retail, telcos, utilities, transport, and warehousing, as we finally emerge from the resources downturn. 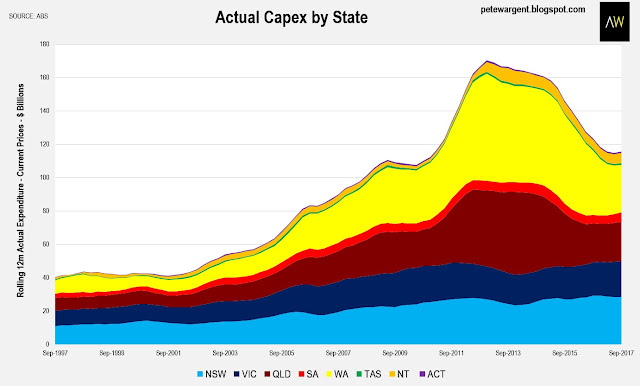 But the best aspect of all in this release was the expected investment for 2017-18, with the estimate rising to $108.9 billion, up by +5.6 per cent from the preceding quarter.

Investment in services industries is now clearly cranking up, with the expected investment in 'other selected industries' some +13.3 per cent higher than a year ago at $66.5 billion.

Even manufacturing investment is expected to increase solidly going forward.

The Reserve Bank will quietly be very pleased with these figures, with increasing investment in services businesses set to more than offset any downturn in housing construction. 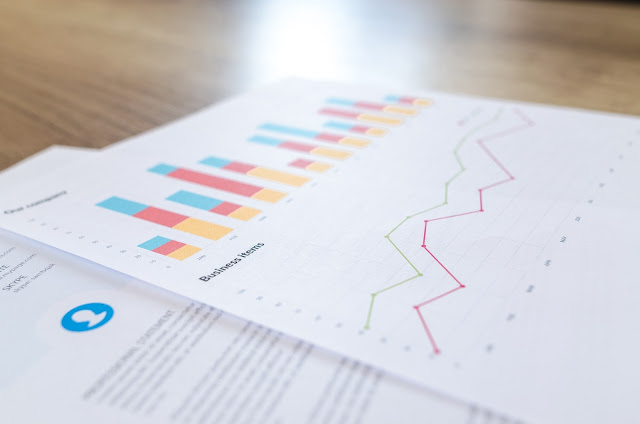