Well, the bottom line certainly looks in a little better nick for the right-on Scott "Sco-Mo" Morrison and the Treasury than it did when the Budget was released seven months earlier.

The Federal Government is now projecting a budget deficit of $26.3 billion for this financial year.

That's down from an expected $29.4 billion at the time of the May budget.

The chart data isn't available until December 22, but compared to the 2017 MYEFO the Government is evidently projecting a stronger few years ahead. 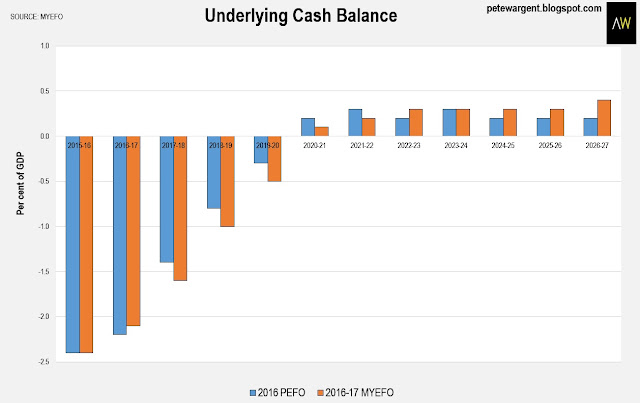 This is, to be fair, positive news for the shoring up of Australia's hallowed AAA-rating.

An objective reading of the mid-year outlook, however, would conclude that the improvement has as much been down to stronger iron ore and coal prices - plus the improving labour market - than anything much that the government has achieved in terms of attacking budget repair.

Any port in a political storm, I guess...including Port Hedland.

Gross profits have soared by +27 per cent over the past year to a record high of $319 billion, following the fortunes of the mining sector, which should flow through to higher company taxes.

The iron ore price is certainly experiencing a cracking run-up over the last few weeks of 2017, nailing 3-month highs of above US$74/tonne yesterday. 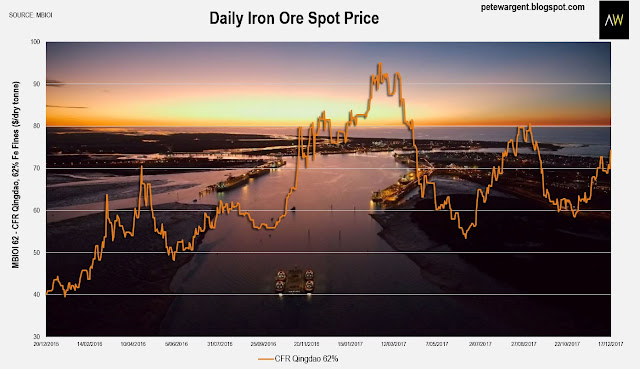 The huge increase in employment growth in 2017 should also help to reduce government payments prospectively, although on the flip side our ever-optimistic government has been forced to accept that stronger wages growth will take longer than previously expected to return. 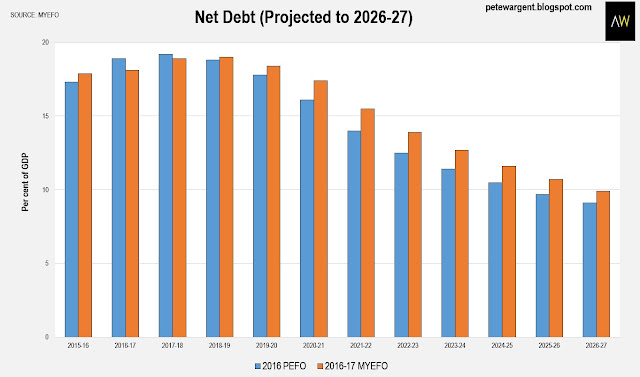 The government will continue to look for ways to make savings, including the latest wheeze, making it harder for new migrants to obtain benefits. 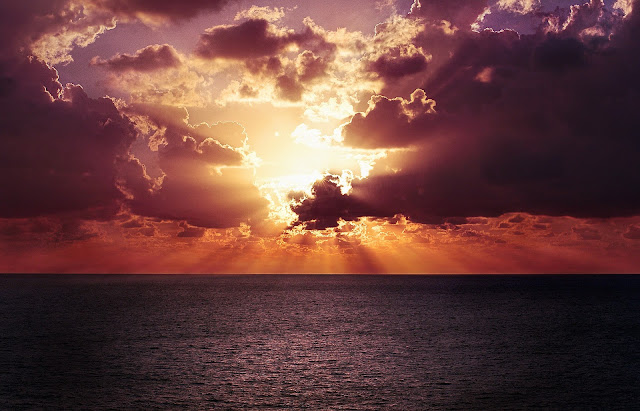