Analysis by SQM Research reported that nationally stock listings in November 2017 were about 4 per cent lower than a year ago at 334,594.

In Sydney, however, following nearly five years of depressed listing numbers, the market has tilted back into the balance.

At 33,046, listings were some 20 per cent higher than a year earlier in the harbour city. 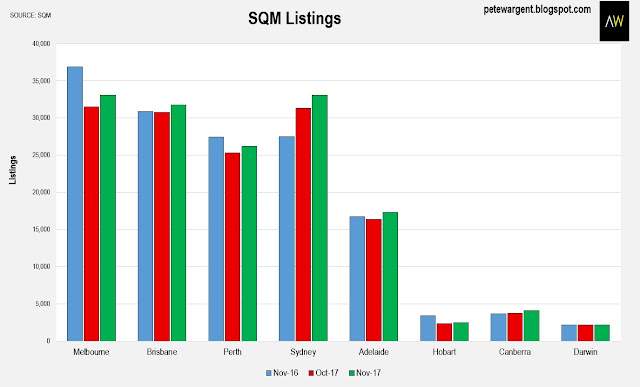 Melbourne, on the other hand, continued to tighten, with listings falling another 10 per cent in the other direction over the past year, to a near-identical figure of 33,070.

Continuing the nautical theme, though it might have the proverbial turning turning circle of the QE2, slowly but surely the storm clouds are clearing in Perth, and listings are about 5 per cent lower than a year earlier. 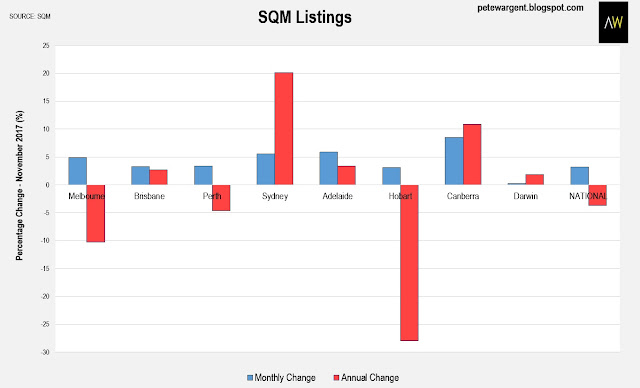 Hobart saw a fair monthly increase in listings to back above 2,450.

But the Tasmanian capital remains an extraordinarily tight market, with stock listings a punishing 28 per cent lower than a year earlier, being down from 3,402 in November 2016, and this has been reflected in sharply rising house prices.

A mixed picture overall, then, but Sydney listings appear to be...well, listing.

"While there is a slowdown in Sydney, and to a lesser extent in Melbourne, we are still of the belief this is just a temporary stay, with a likely acceleration in market conditions next year based on an expansion in lending once again by the banks and still low levels of interest rates." 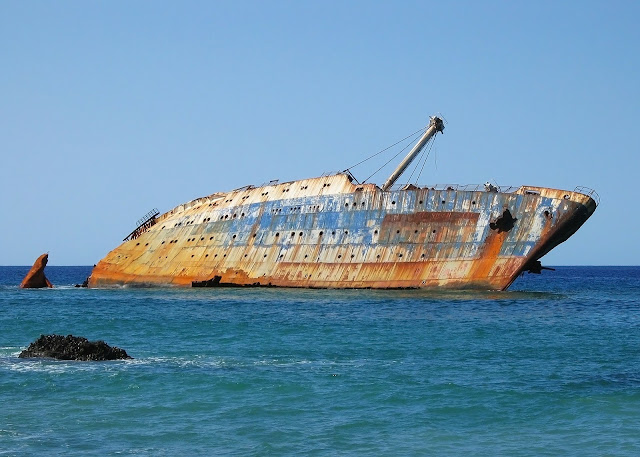