Quite a number of excitable types have been predicting, and sometimes even hoping for a deepening recession in Western Australia.

Sure enough, it's been a very tough few years for the state following the heady mining construction boom years.

There's undoubtedly a way to go yet before sentiment is positive in Western Australia. Slowly but surely, though, one indicator after another is flipping from negative to positive.

This time it's new motor vehicle sales, which have been shaping up quite nicely over the past year (click to expand charts): 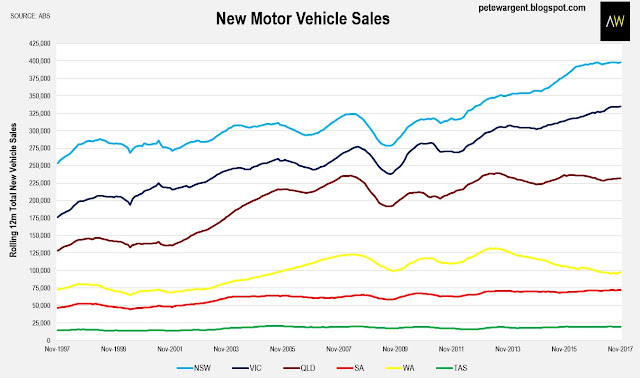 Granted it doesn't look all that much in rolling annual terms, but looking at the monthly seasonally adjusted sales, units shifted are now some +13.1 per cent (or about 1,000 units) higher than a year earlier at 8,680. 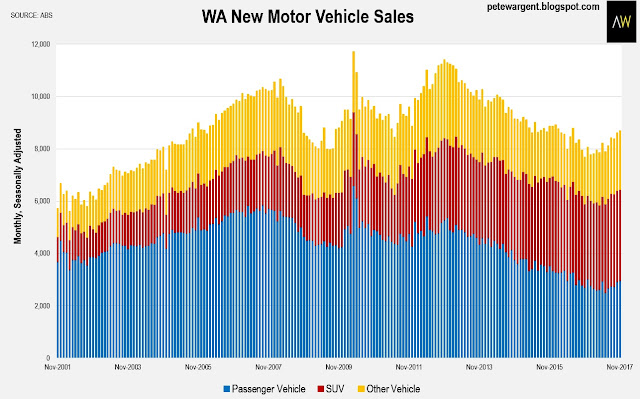 Record new motor vehicle sales of 334,724 in Victoria over the past year helped to drive the annual total to 1,183,439, the highest on record for Australia. 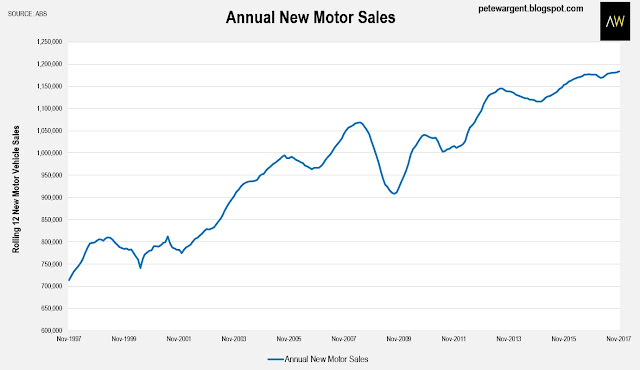 Numbers appear likely to struggle to rise much further from these levels, especially in New South Wales where sales volumes have shattered all records in 2017 (397,680 new vehicles were sold over the year to November).

Sadly, in the future new cars will mostly be imported rather than assembled in Australia, with Holden having closed its car production plants on October 20, and Toyota Altona shutting down earlier in the same month. This follows the closure of Ford Geelong a year earlier in October 2016.

You can see the impact that this chain of events has had on production volumes since October 2013, when some 21,445 cars were produced. 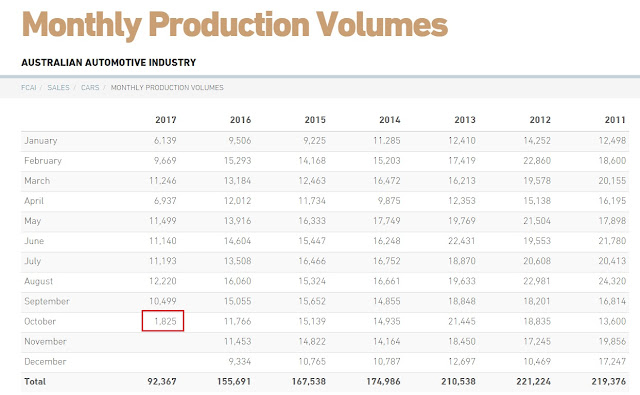 The Holden Elizabeth plant, home to the company's car production since the 1980s, completed its last Commodore around October 19, and the last Camry rolled off Toyota's production line only a few weeks before that.

To date there doesn't seem to have been an excessive wider impact on the jobs market - the industry closures have, after all, been discussed for some years - but there may yet be further fallout, including detrimental impacts on suppliers. 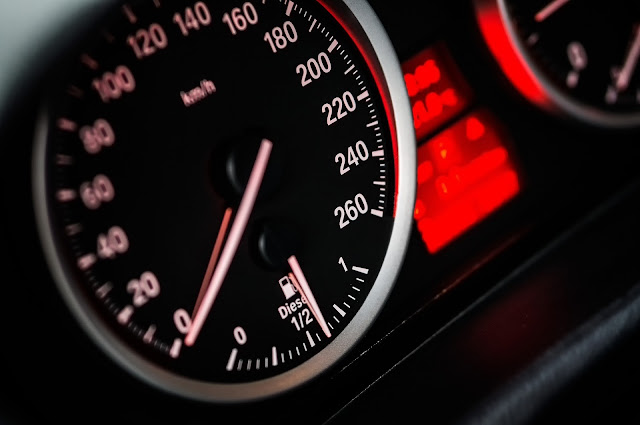