The malcontent (how I grew out of FOMO)

FOMO (fear of missing out)

I must confess to having played the UK National Lottery when I left school as a teenager.
Of the 48 lads and one lass in the timber factory I worked in when I first joined the workforce, 48 of them were already signed into a Lotto syndicate (only the business owner didn't play; he probably didn't need to, or perhaps he felt that he wouldn't be welcome in the syndicate).
I never really thought we had much of a tilt at winning - after all the odds of an individual ticket taking out the jackpot prize were seriously remote at nearly 14 million to one.
No, I simply couldn’t abide the thought of turning up on another dark winter Monday morning, only to discover that a band of exhilarated ex-machinists had retired to sun themselves by the pool in Barbados (leaving me with the tedious task of grinding tools for 10 hours a day).
Classic human psychology: even at the likely risk of losing, I wasn’t prepared to risk missing out where there was a chance of others gaining significantly. And I knew it too!

I never won the National Lottery, unsurprisingly. But, at least as importantly, nobody retired to the Caribbean without me!

Another short anecdote. Back in the 1990s I went to a boozy race-night work function (remember them?) at the now-defunct Walthamstow stadium in east London.

On the very first dog race one of the lads, the son of one of the firm's partners, won an obscure Yankee bet - or possibly a tricast, the memory fades - netting for himself a tidy jackpot.

For the remaining dozen races seemingly everyone at the function was piling onto the same style of bet as it was clearly deemed to be 'the way to win'.

Turned out, it wasn't the way to win at all, it was just a very lucky bet.

To be fair to the fella, he did at least buy a round for the bar!
Contentment: the Bitcoin test

A quick 10-second exercise for today: imagine a good friend of yours tells you they've "just remembered" that they bought 100 Bitcoins for $10 each some years ago.

I mean, how would you really feel?

In an ideal world, of course, you'd just be thrilled for them, and nothing else.

On the other hand, you might be a tad jealous, or even feel a bit angry. Perhaps even livid!

Most of us would lie somewhere on that scale between the two extremes.

Moving towards my peak earning years, from time to time friends and acquaintances strike a jackpot or bonus through working for companies that have gone to a float, IPO, or private sale.

The 18-year old me would probably have been gutted or morose to hear of such tales (so unfair! Why them and not me?), whereas today I'm almost invariably delighted to hear success stories, even if there's a fleeting or momentary pang of envy.

They wouldn't really be my friends if I thought otherwise, I feel.

From an investment strategy point of view, you'd want to be sitting towards the sanguine end of the scale, and definitely not thinking of diving in to an investment like Bitcoin because someone else has done it (there are, after all, endless ways to make fast returns of a few thousand per cent, including at the dog track - it's called gambling!).

Ultimately we should all aim to be happy and content with our own lives, situations, and financial strategies.

Getting rich quickly is great if it happens, but it's rarely sustained, for various reasons. Far better to stick the tried and tested, compounding your wealth sensibly.

Doing something because someone or everyone else is doing it and winning is rarely an ideal starting point for an investment decision.

To conclude, an obligatory hat-tip to Sir Isaac Newton and the South Sea stock bubble... 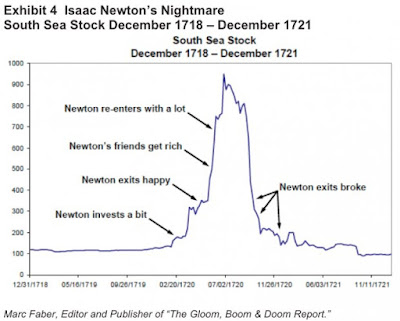 "I can calculate the motions of heavenly bodies...but not the madness of people" . 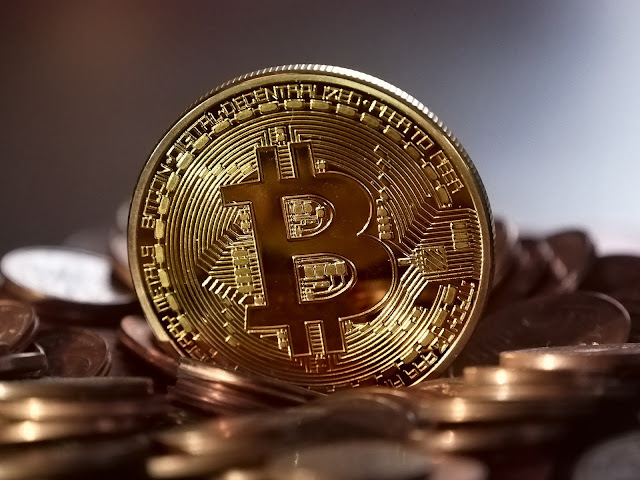