We have clearance, Clarence

In the unlikely event you hadn't noticed, I take a very methodical, sometimes painstaking approach to financial analysis.

Why? To some extent, I can't help it because I trained as an accountant, so my brain just likes to work logically...crunching my way through the numbers to find the story behind them.

It's also because I believe that if you have a range of key metrics and indicators that you update every week, then you'll be practically forced to pick up on or identify the best trading themes as and when they come along.

You might get one or two compelling ideas in a year.

Sometimes trading themes aren't clear-cut or straightforward to spot, and other times you pick them up but too late to be useful or profitable to anyone.

But occasionally there are a great big ideas staring you right in the face.

A key theme in 2017 has been the emergence of headwinds facing some businesses in the retail sector.

The figures this year have generally shown that retail volumes have been uninspiring, though not disastrous.

But increasingly there has been evidence that retail prices are under significant pressure, particularly in certain sectors.

Fashion sector businesses, for example, have been especially hard hit, with a growing list of failures, while retail activity for some discretionary spend has held up better, such as for eating out.

And lately there's been growing evidence that retail prices have actually been falling at a concerning rate.

With Amazon and others now disrupting the retail space further, there are significant downside risks for many retailers.

On Thursday this week it was Myer's turn to disappoint the market, with an atrocious second quarter trading update sending the share price into meltdown (not for the first time).


Of note in this release was the reference to "widespread industry discounting":

"Since the AGM sales have continued to be below expectations and reflect ongoing challenging retail conditions characterised by reduced foot traffic, widespread industry discounting and subdued consumer sentiment."


There will be more trading updates of this ilk in the retail sector, one suspects.

Myer's share price hit new lows this week, closing out the week down at just 64.5 cents.

All of this is a far cry from the update tone of the prospectus in the run-up to the listing.

That was generally thought to be quite a punchy or expensive valuation at the time, but even still few would have predicted the maelstrom that has followed.

The share price chart has been a disaster practically ever since, more than halving again in 2017 from a 52-week high of $1.39. 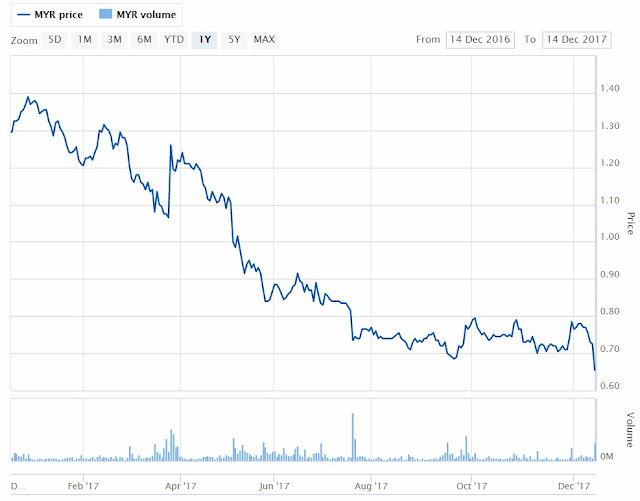 Approaching 85 per cent of shareholder value has been eroded destroyed over more than 8 years since the float.

A shocking performance in anyone's language. 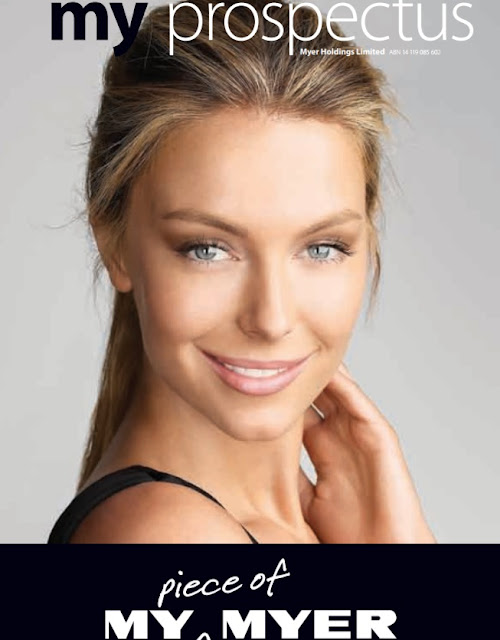