S&P Global Ratings reported that Australia's prime SPIN 30+ day delinquencies declined a little further from 1.08 per cent to 1.04 per cent in October 2017.

31-60 day prime mortgage arrears have now been tracking at historic lows since June 2017.

There's still a bit happening in the 90+ days space, but arrears have been improving here too since May. 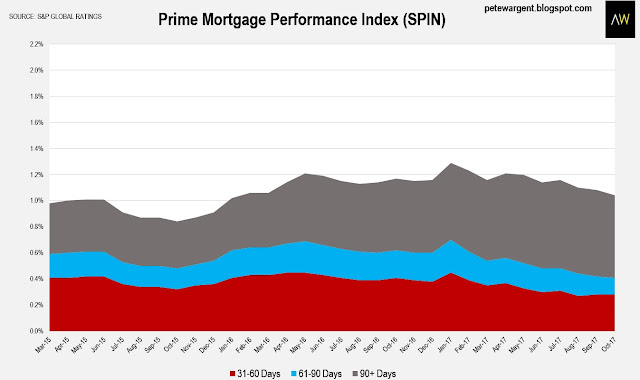 Declines were reported in all mainland states and territories. 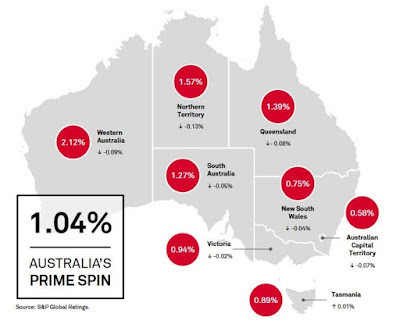 
Western Australia continued to have the highest rate of 30-day arrears, declining from 2.21 per cent to 2.12 per cent.

The lowest rate of delinquency was to be found in the ACT at only 0.58 per cent (Canberra has by far the highest incomes on the country).

Arrears were also below 1 per cent in Victoria and Tasmania.

Over the past year the biggest improvers were the southern states of Tasmania and South Australia (the other ex-mining state jurisdictions had low arrears already). 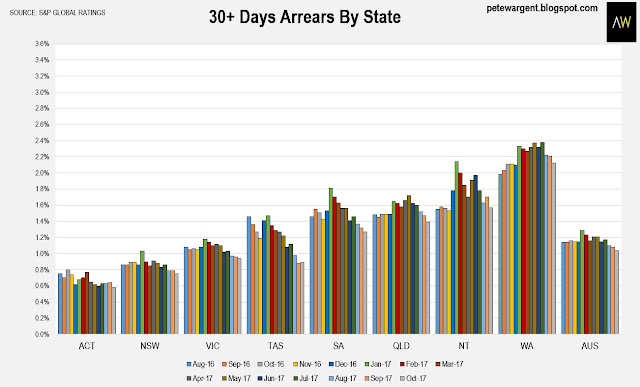 "We believe that the risk of a sharp, disorderly correction in house prices remains relatively low, reflecting our stable economic outlook for Australia."

"We do not expect arrears to increase much above current levels while benign economic conditions persist."