Changing of the guard

Stock listings declined by 1.4 per cent in October 2017, to be 4.6 per cent lower year-on-year, according to data reported by SQM Research.

Having been depressed for some years now, listings in Australia's most populous city are now reverting higher - listings in Sydney are some 17 per cent higher than a year earlier.

Listings also increased in the month of October in Canberra (up +2.8 per cent) and Adelaide (up +2.6 per cent).

Focus is gradually shifting towards other cities, particularly those with a resources bent, with listings declining in October in Brisbane (-1.4 per cent), Perth (-1 per cent), and Darwin (-2.6 per cent). 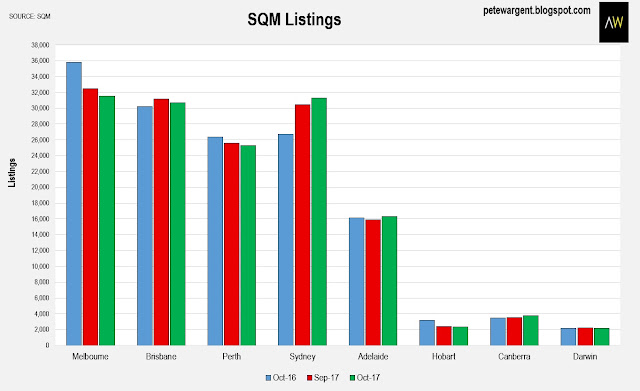 Over the year to October the decline in listings nationally has been driven by Melbourne, with stock levels down by another 12 per cent.

If this trend persists Melbourne will have fewer listings than Sydney before the year is out.

Asking prices for houses in Melbourne are up by a thumping 21 per cent since October 2016.

In booming Hobart total listings declined to only 2,377, to be 25 per cent lower than a year ago. 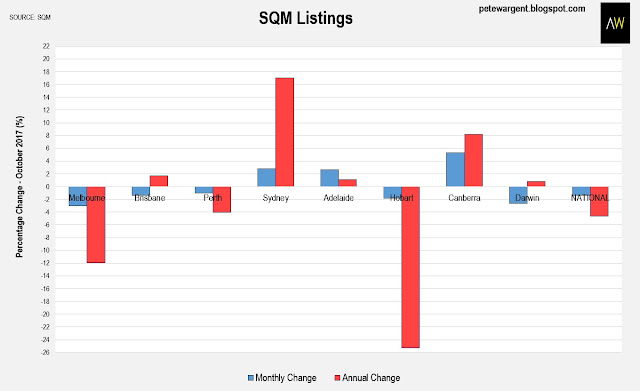 Listings normally record a pre-Christmaas rise in November, according to SQM Research, so expect to see a bit of an uptick next month. 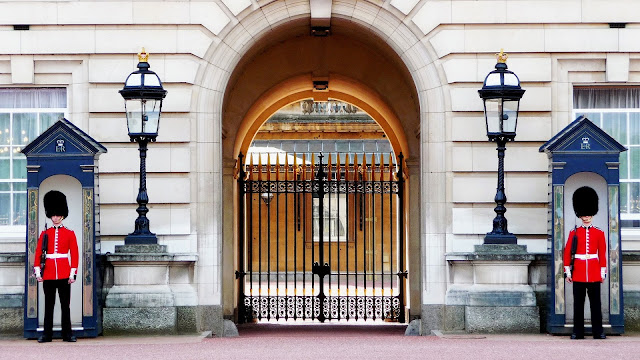