Goodness me, a thunderous +371,500 increase in Australian employment over the year to September 2017, for a massive increase of +3.1 per cent in the total number of employed to nearly 12.3 million.

That makes it 12 months in a row for employment growth.

Meanwhile jobs vacancies have also increased to the highest level on record, meaning that there's likely to be at least some more good news in the post.

Better still, the jobs boom has been driven by full-time jobs, with a cracking uplift of +316,000 over the year to September. 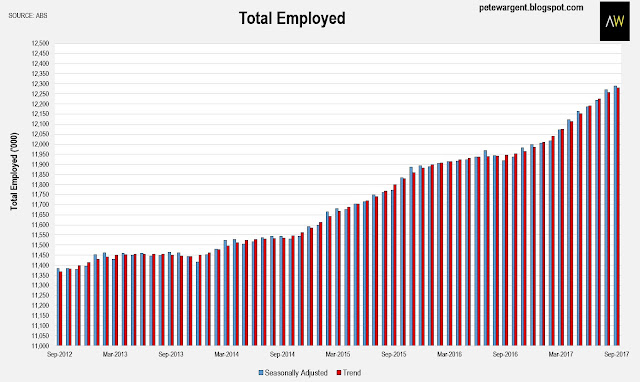 The unemployment rate fell to 5.5 per cent, to sit at the lowest level in 4.5 years. 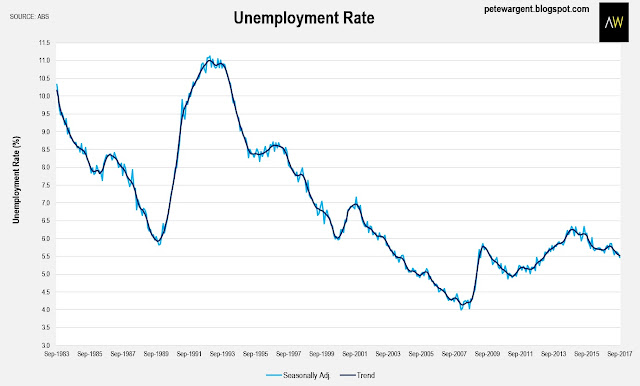 Female participation hit the highest level on record, while the total monthly number of hours worked was up by +3.4 per cent from a year earlier, the best annual result since those morose financial crisis days.

In trend terms, hours worked were a slightly more moderate +2.9 per cent higher. 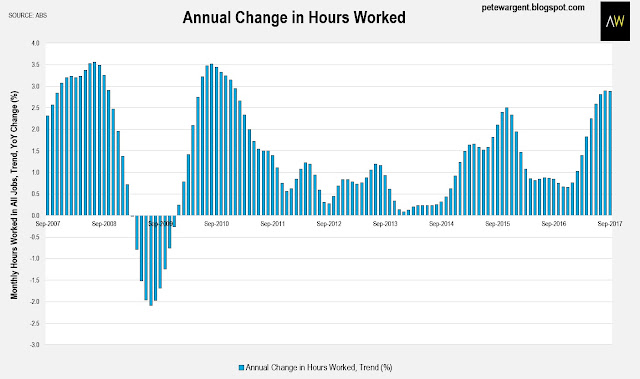 Although things are looking a bit bleak in the Northern Territory, there has been positive news across most states.

Although Victoria (+113,600) added the most jobs in absolute terms over the year, by far the fastest rate of annual employment growth is now held by Queensland at a thumping +4.1 per cent, following a prolonged dry spell.

If this persists, it will likely result in a further rise in interstate migration to Queensland.

New South Wales added another +21,100 jobs in September, and the seasonally adjusted unemployment rate in the state fell to a post-crisis low of just 4.6 per cent (and it's lower still in Sydney).

Plotting the figures in trend terms reveals a marked improvement for South Australia too. 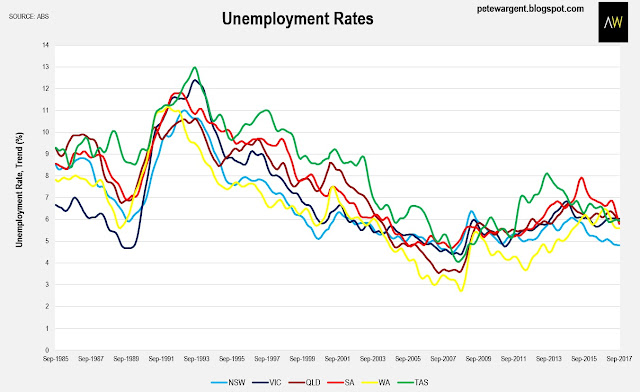 Overall, there has been an massive increase in employment over the past year, especially full time employment.

The good news is that it seems to have spread across the states. 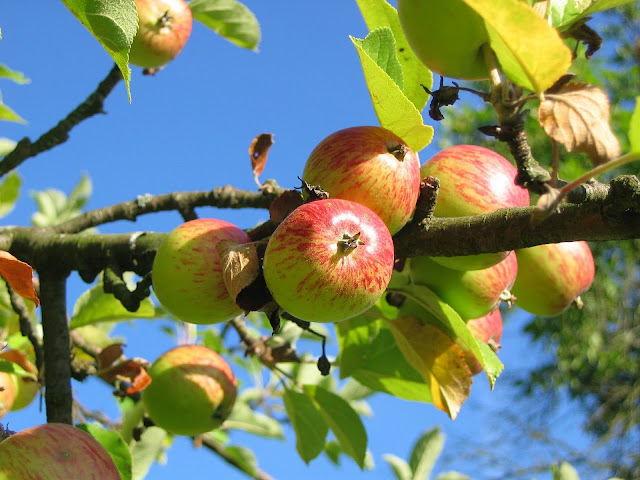