Building approvals are holding up, overall, with more than 18,500 dwellings approved in August, measured on a seasonally adjusted basis. 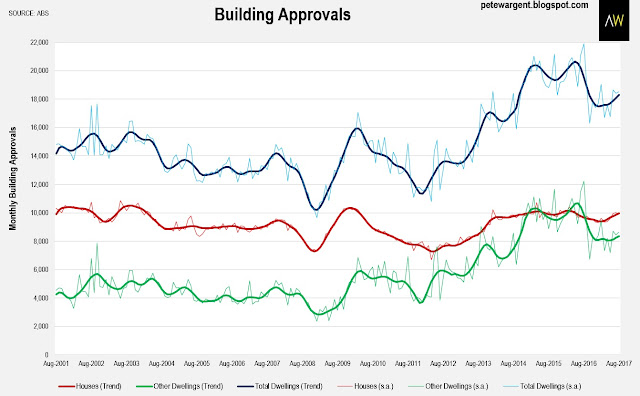 'High-rise' apartment approvals are tanking - annual permits are now down to just ~54,300, from ~76,700 a year earlier - but the market is rebalancing towards more houses, and other low-medium residential dwelling types, especially townhouses. 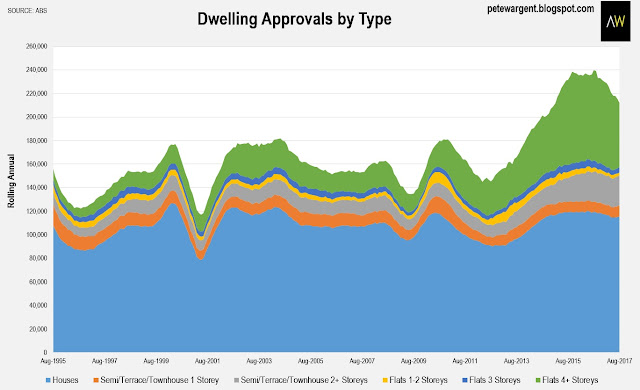 Detached house approvals were about 3 per cent higher than a year earlier, with Brisbane, Adelaide, and Hobart firming. In fact, all markets look pretty solid here. 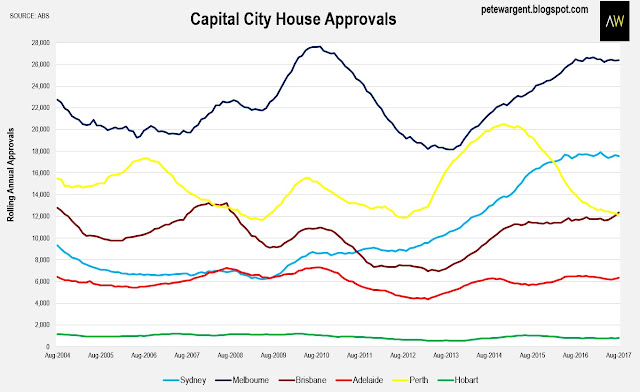 But attached dwelling approvals were 29 per cent lower than 12 months ago, with each of the main capitals coming back down to earth. 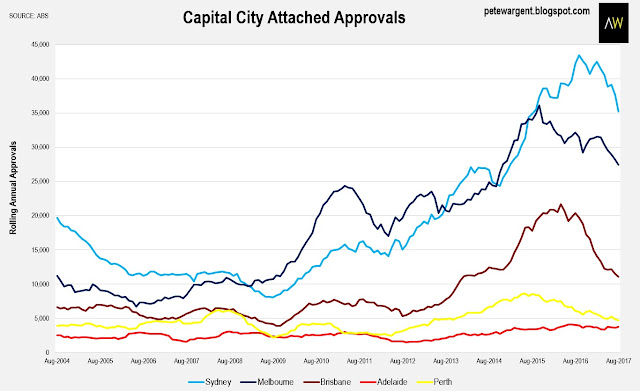 In particular, the previously exuberant high-rise sector has seen approvals drop precipitously, as the market absorbs the record pipeline. 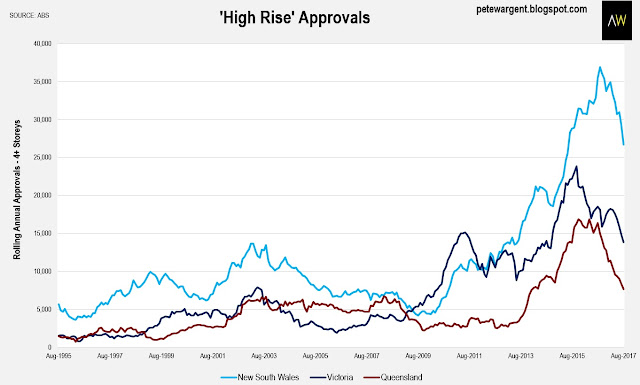 Finally, despite the downturn in the value of residential building approved, the outlook for the construction industry remains reasonably upbeat for now.

The annual value of non-residential building approved now exceeds the levels hit during the financial crisis stimulus packages, to sit at the highest ever level. 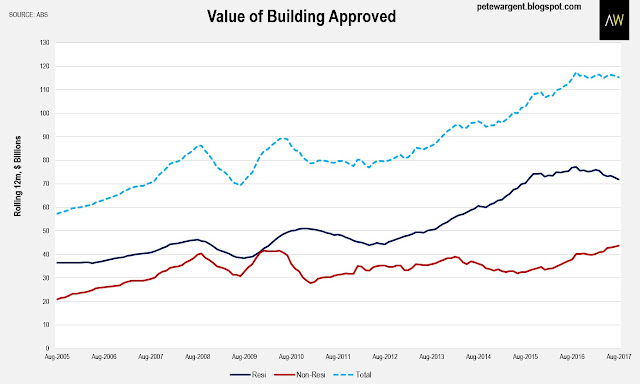 Total construction employment has become even more elevated at 1,168,000, thanks to a combination of residential and infrastructure projects.

At 9.5 per cent of the employed workforce, it's never been higher.

Over the year to March 2017 the population of Australia increased by an estimated +389,100, much faster than the rate seen through 2015, the acceleration partly driven by an increased international student intake.

Meanwhile, jobs vacancies rose to the highest level on record in August, in absolute terms.

Combining the above points, the construction sector looks to be holding up better than previously expected. 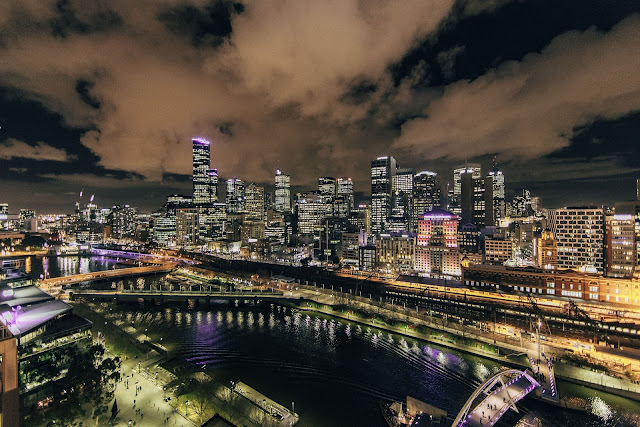