Fat of the land

Land is arguably the most important part of any property investment.

It can't be removed, relocated, destroyed, or replaced.

The Housing Industry Association (HIA) reported today that Australia's median lot value rose by +8.5 per cent in the 2017 financial year to a record high of $256,683.

This came in spite of about a 9 per cent year-on-year decline in turnover, suggesting that supply may still be struggling to keep up with demand. 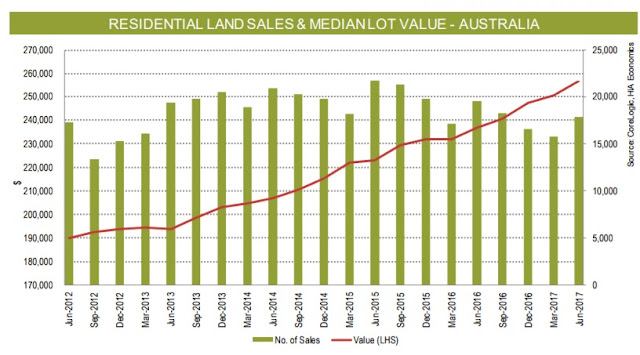 All land is not created equal, of course, even within cities.

It's considerably scarcer in 'landlocked' locations in the capital cities than it is out on the city fringe.

In Melbourne the median lot value exploded by +19.6 per cent over the financial year.

In Sydney the median price of vacant land also rose by +9.8 per cent.

Sydney's lot sizes have been shrinking over the years, too.

Indeed, the price of vacant land per square metre in Sydney increased to beyond $1,000 for the first time.

At the national level, land values have increased by about 35 per cent since the 2012 financial year. 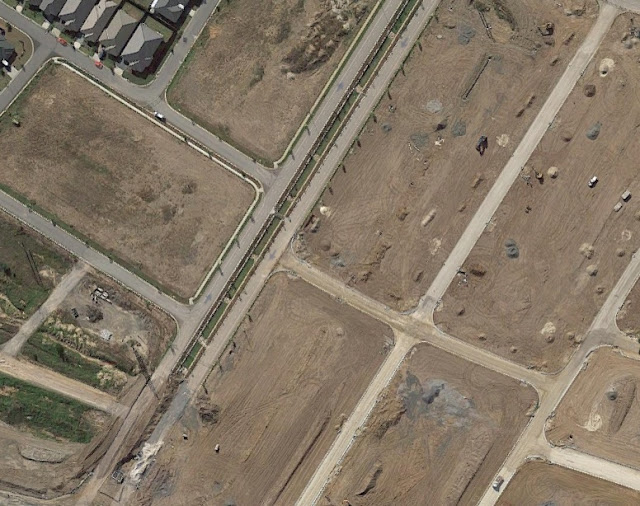