There's been no shortage of people on hand to announce that the end of the world is nigh for Sydney.

Perhaps it is, but no-one seems to have gotten around to telling the Greater Sydney economy just yet, as employment growth continues to surge and the city's annual average unemployment rate just keeps on falling, and falling...and falling, towards historic lows. 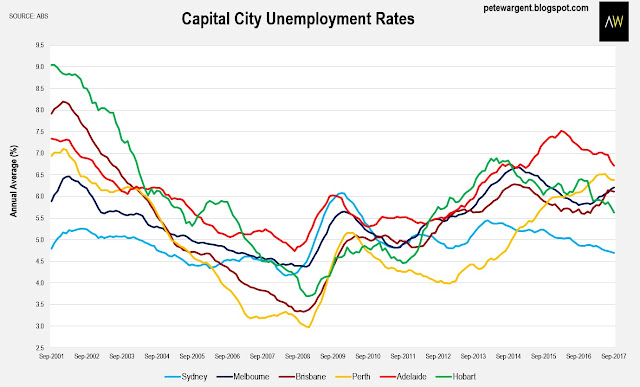 The median duration of job search in Sydney has tightened to 13 weeks in September 2017, down from 18 weeks a year earlier.

There have also been notable improvements in the unemployment rate in Adelaide and Hobart lately.

Perhaps the standout statistic from the detailed labour force figures, though, has been the synchronised upswing in Queensland employment.

Now the monthly numbers are noisy, there's no question about that, but even when plotting the figures on an annual average basis you can't help but notice the rebound leaping off the chart at you.

But one more pleasing thing to see is that the state's full-time employment rebound has been spread widely across the state, from the Gold Coast to Toowoomba, and up to the Sunshine Coast, Mackay, Townsville, and even Cairns up in the far north.

In aggregate, Queensland's regional employment growth is now tracking at levels not seen in a decade. 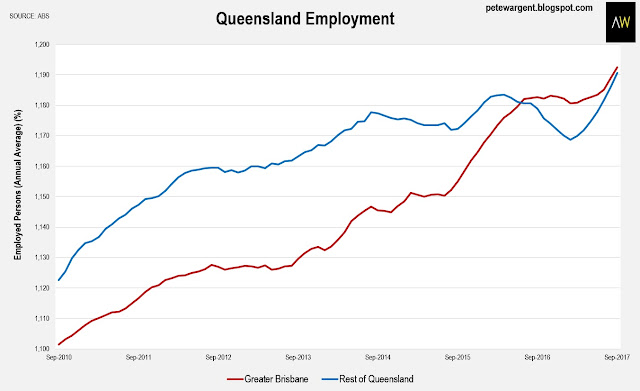 Queensland now finds itself in the dizzily unfamiliar position of having added about 99,000 jobs on a net basis over the year to September 2017, around 57,000 of which have been full-time positions.


This is not to downplay the impact of the mining downturn on a number of prominent cities and regions - which ranged from tough to downright severe - but there's been an notable improvement in conditions. 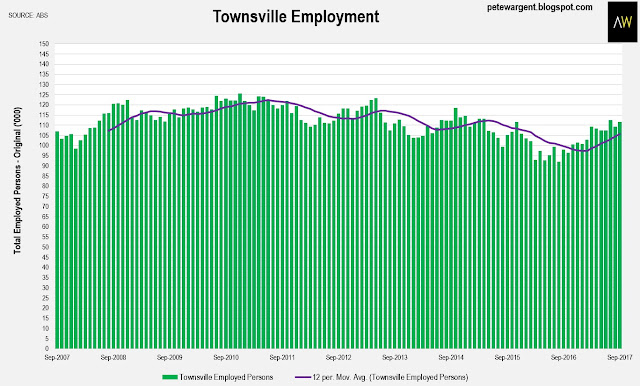 Today's export price figures give one useful clue as to why: coal export prices in the September quarter are still levitating 62 per cent higher than a year earlier. 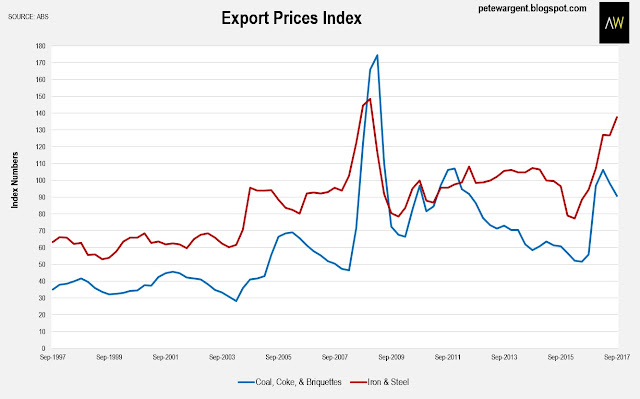 There has also been a marked drop in the unemployment rate in Cairns, which looks to be in the best nick for a decade, supported by the lower dollar.

Rest assured, there's always someone on hand to note that the numbers must be wrong or misleading.

So be it, statistics can certainly give false signals, but equally, the plural of anecdote is not data - if there's one thing I learned from the Sydney boom over the past decade it's that people can miss out on big trends by tuning into background noise.

To date, there's been a good deal of road building and dwelling construction in Queensland, and the tourism sector has been thriving in certain parts.

It'll be interesting to see if the recovery becomes more broad-based through 2018... 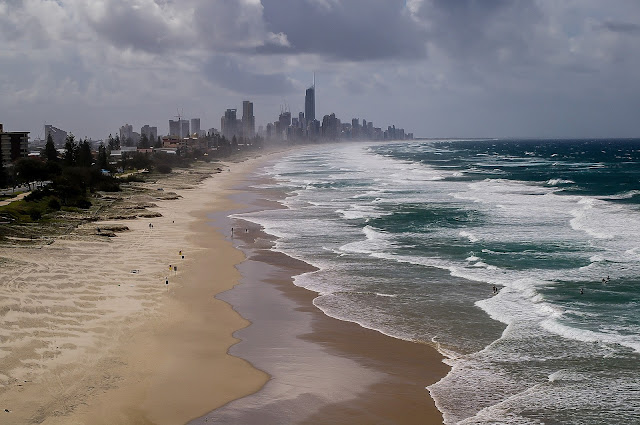