His conclusion was that rate hikes were neither an attractive nor a necessary option given current conditions. And, by no means for the first time, how prophetic his warnings proved to be!

Headline inflation undershot expectations coming in at a decidedly limp 0.6 per cent for the September quarter, in spite of the expected surge in energy costs (electricity prices shot up by 8.9 per cent in the quarter).

It's always worth remembering that although inflation is typically reported as one figure, while some things may be getting more expensive, others often aren't. And quite a lot of consumer prices are getting cheaper right now.

Food prices fell this quarter, for example, as the recent run-up in the price of vegetables eased, while fuel prices also declined, as did all those items categorised as 'communication'.

The annual headline rate of inflation dropped back to just 1.8 per cent, with an array of consumer items now sitting at their cheapest level in decades, including cars, televisions, phones, computers, and some clothing.

You can see some of the competitive pressures for yourself in the retail sector - just have a stroll around a few household goods stores and take in the vibe - and there doesn't appear to be many suggestions that significant pricing power will be returning to retailers any time soon. 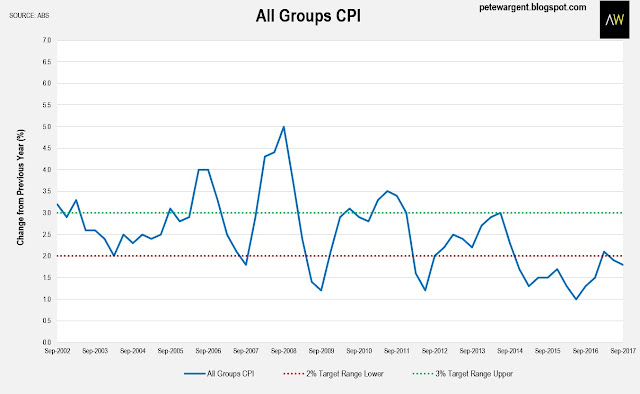 The analytical or underlying measures of inflation were also weak and very weak respectively, printing at the meagre average of just 0.35 per cent for the quarter, meaning that the core rates of inflation are also tracking well under the target range, both in quarterly and annualised terms.

In fact, inflation has been under the target 2 to 3 per cent range for eight consecutive quarters now, normally a sign that monetary conditions have, if anything, been too tight. 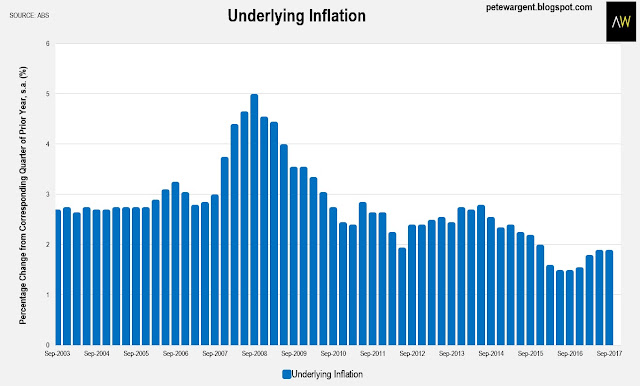 If you were being generous you might argue that at least underlying inflation hasn't decelerated year-on-year in the September quarter, but regardless it's yet another miss, with possible downside risks to the next quarter.

Tradables inflation is, well, not inflating... 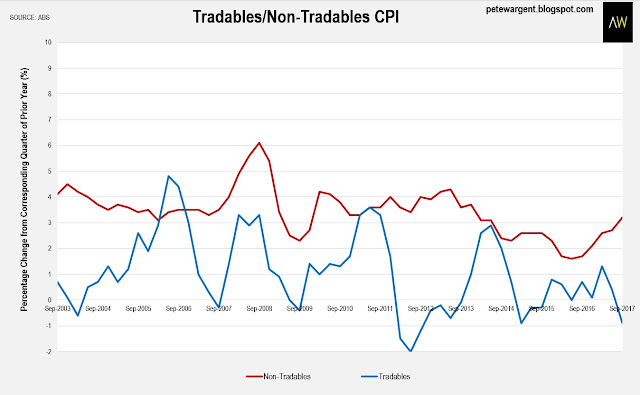 Granted, there was a bit of a lift in non-tradables inflation to 3.2 per cent over the year, although this had very little to do with stronger wages, the rise being largely driven by electricity and a good old 'sin tax' on 'baccy.

Overall, this was another soft result, which makes the talk of rate hikes any time soon look to be wide of the mark, not least because prospective revisions to the index weights - the weights being reviewed every six years - may yet trim a couple of further percentage points off the rate of inflation (some analysts think more).

The most likely outlook appears to be the cash rate remaining on hold over the next year, although surely at some point we must due an negative employment report or two, which might just spice things up a bit.

At the national level rents were only 0.5 per cent higher over the year to September, which represents the slowest annual pace of rental price inflation in 23 years.

Again this masks wide variations within the sub-indices, with rising rents in some cities - most markedly Hobart - offset by year-on-year declines in Perth and Darwin, with Brisbane now finally joining the declining rents party, as discounted apartment rents are at last reflected in the official statistics. 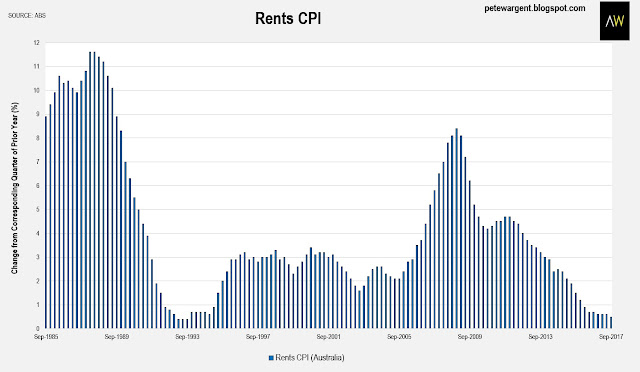 In Sydney record levels of apartment building have slowed the pace of rental price inflation, though nothing more than that. 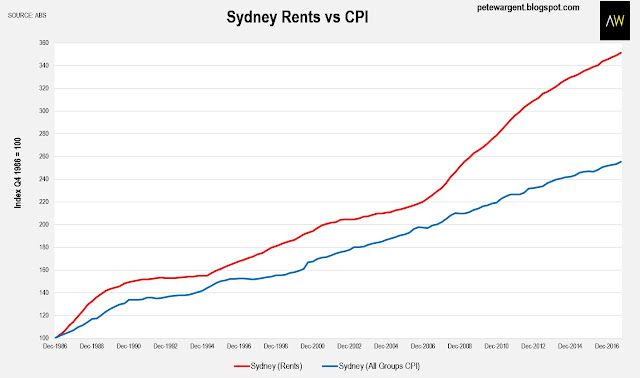 Indeed, rental price inflation in Sydney remains well ahead of the consumer price index for the harbour city, as accelerated population growth has absorbed the new supply.

Rents in Sydney have been outpacing CPI over the course of more than a decade, according to the ABS figures. 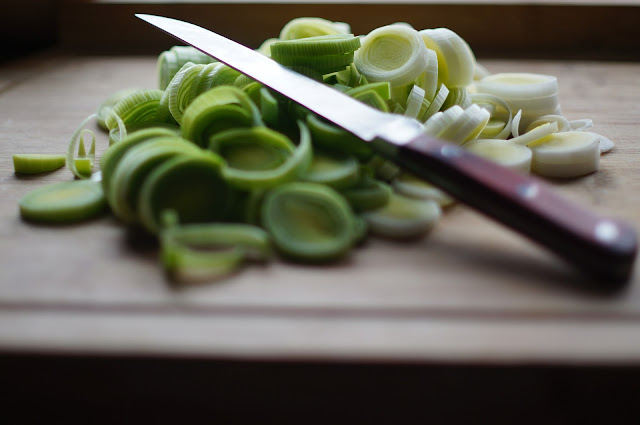