How low can you go?

The New South Wales economy has added a stunning +123,800 full-time jobs over the past year.

And how low is the New South Wales unemployment rate now?

That's now equal to the lowest seasonally adjusted unemployment rate in 9 years for the Premier State.

And the way things have been tracking, it may not be all that long before the unemployment rate across across the state approaches the lowest level on record, across decades of data. 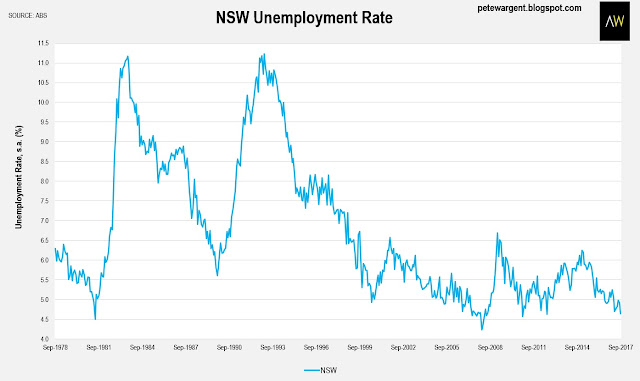 In February 2008 the state's unemployment rate fleetingly plummeted to just 4.2 per cent, if only for a month.

Casting one's mind back, that was an extraordinary time in Sydney's labour market.

With the mining boom in full swing, there was such a shortage of skilled labour that it felt at times you could get paid a bonus just for turning up to work, so fearful were employers of losing qualified staff.

Certainly pay rises were expected for tenure, while employees could easily leave a job in the full expectation of sourcing another position comparatively easily.

We're not seeing conditions anything like that just yet.

However, the Jobs Vacancies figures for New South Wales recently soared to the highest level ever recorded for any state or territory, suggesting that there may be further gains on the horizon. 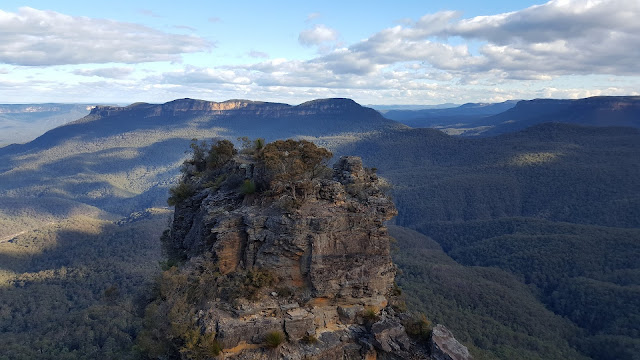