One of several contributors to weak inflation in Australia in recent times has been the soft growth in rents, driven by a combination of record apartment building, a surfeit of rental accommodation in some pockets, and fading demand in the resources capitals.

However, the latest vacancy rate release from SQM Research suggests that the peak of the disinflationary impact may now have passed.

In other words, rental price growth has probably stabilised nationally.

In fact, SQM now records very strong growth in asking rents for houses in Hobart and Canberra - there are very, very few homes advertised for rent in Hobart, where the vacancy rate is just 0.4 per cent - while Adelaide's rental market appears to have been steadily tightening.

Adelaide's vacancy rate of 1.6 per cent in September was well down from 2 per cent a year earlier. 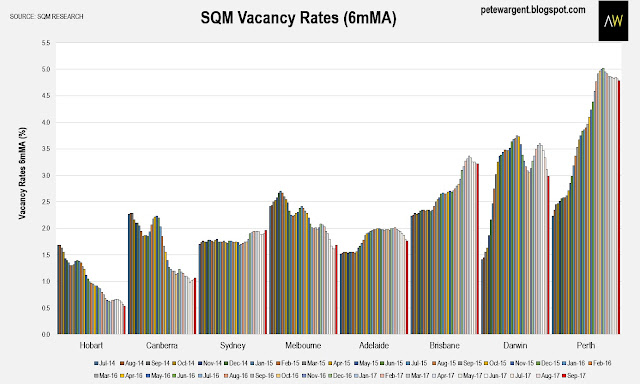 While vacancy rates are still elevated in the resources capitals, it looks as though Perth and Darwin landlords might be through the worst now, at least as measured by vacancy rates.

September's vacancy rates in Sydney (2.1 per cent) and Melbourne (1.9 per cent) suggested markets close to relative equilibrium, reflected in moderately rising asking rents year-on-year in those cities, both for houses and apartments. 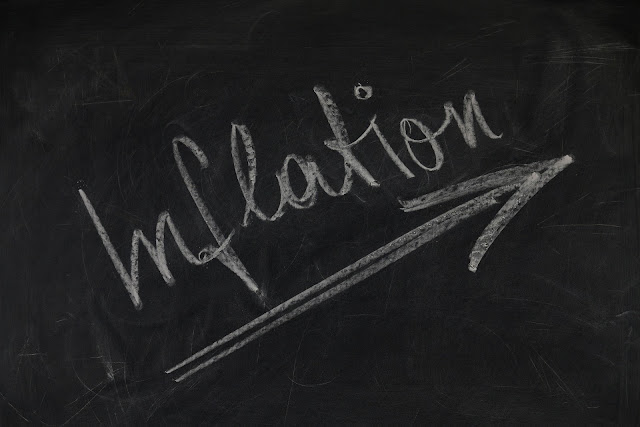