A quick look today around Canterbury, about 11 kilometres south-west of Sydney CBD, with a direct train link to the city.

As with the neighbouring suburb of Campsie, the 2016 Census found that Australian-born residents are now a minority in Canterbury, with much of the resident population hailing from China, Vietnam, Nepal, the Philippines, and elsewhere in Asia.

Indeed, the suburb now has more residents of Chinese ancestry than English, which is a remarkable demographic shift that has been broadly reflected across Greater Sydney.

Here we go, then.

Lots of cranes and apartments are going up on the main thoroughfare of Canterbury Road. 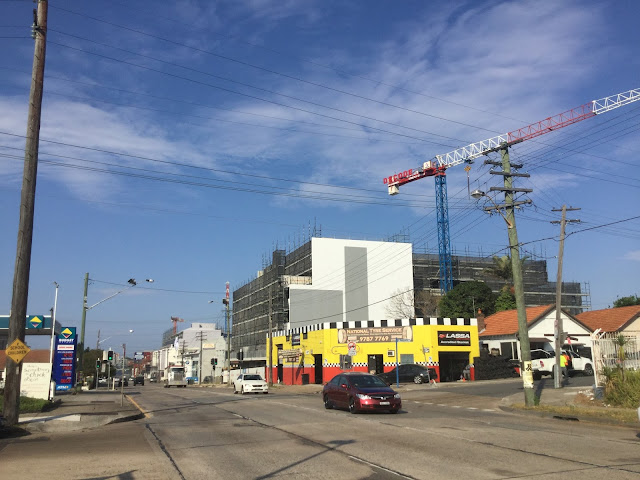 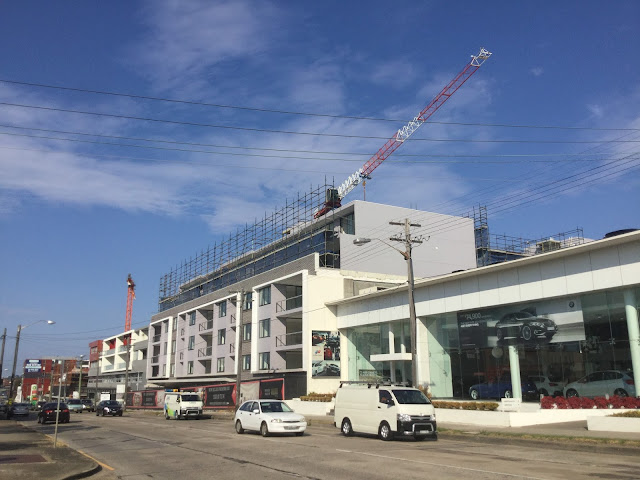 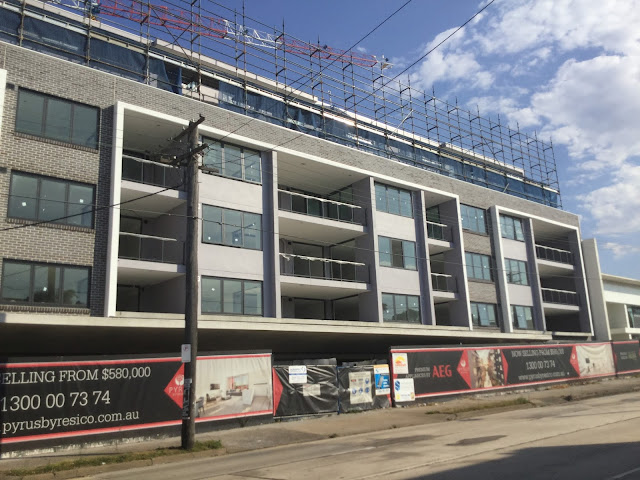 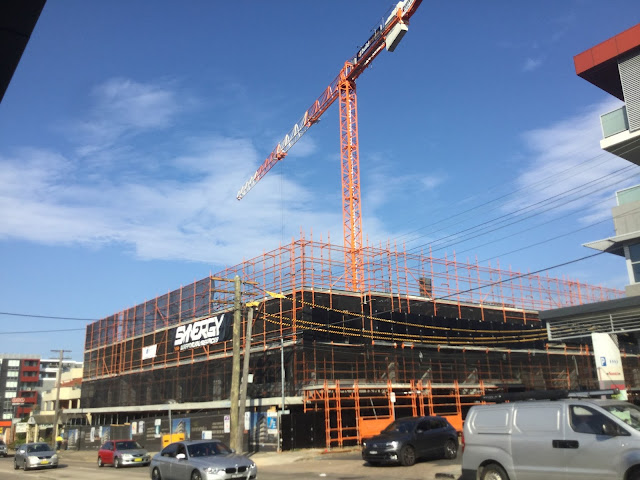 You'll note from the banners that even the entry prices are not at all cheap!

Comparatively little risk here for owners of established apartments, then, with prices historically so much lower than this, though there will be some pressure on the rental market for older style and more dated units.

Those buying new today will naturally pay a developer's premium, and as such may need to hold for the medium term.

Judging from the advertised rentals, the elevated level of apartment completions is, at least for a while, probably set to put downward pressure on rents for new builds... 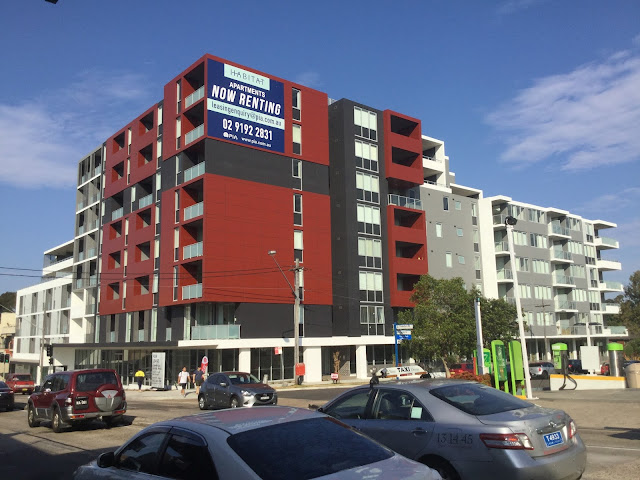 ...of which there are potentially more in the pipeline, assuming enough pre-sales get up. 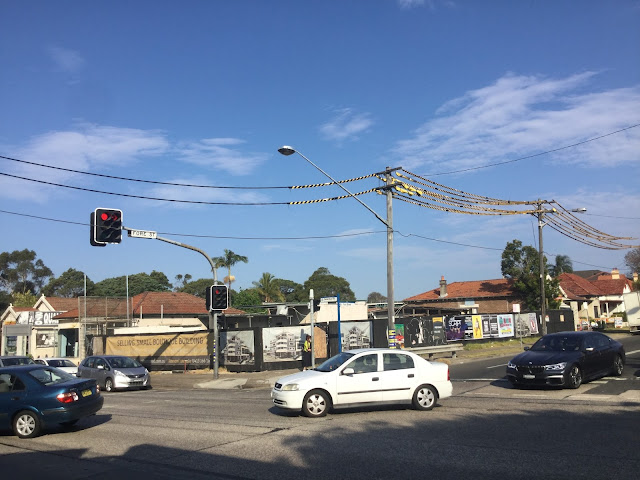 On the Cooks River, which meanders through the suburb, there has been some higher-priced development too.

This stock mostly looks to be either owner-occupied or successfully rented out. 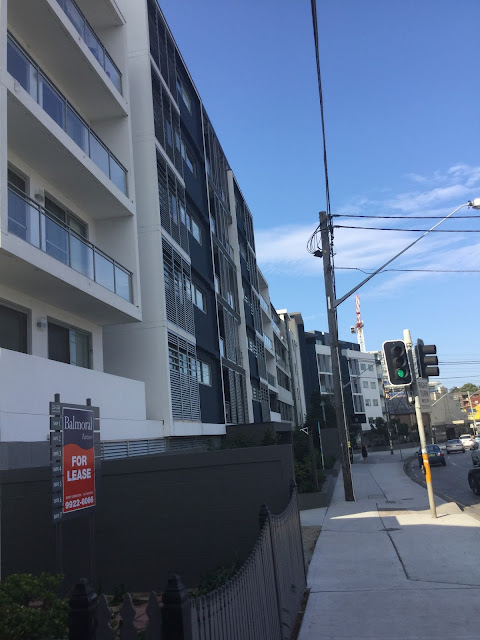 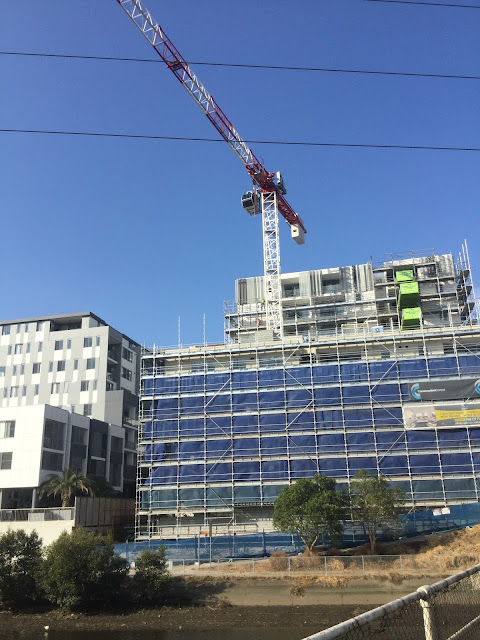 ...and development has spread along the Cooks River. 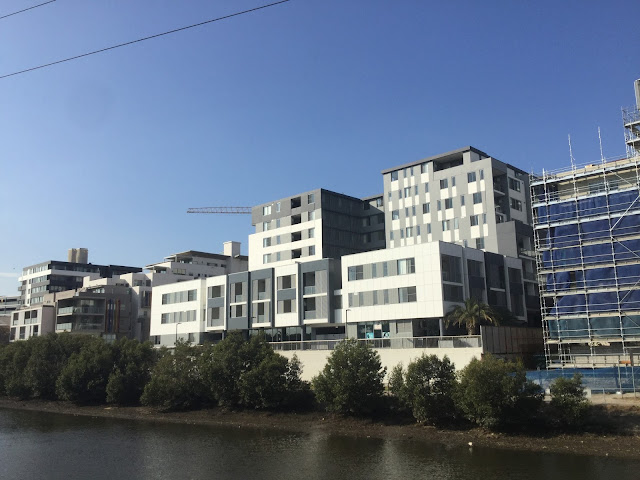 Meanwhile, by the train station it now looks like a mirror image of Mascot, or perhaps Newstead in Brisbane. 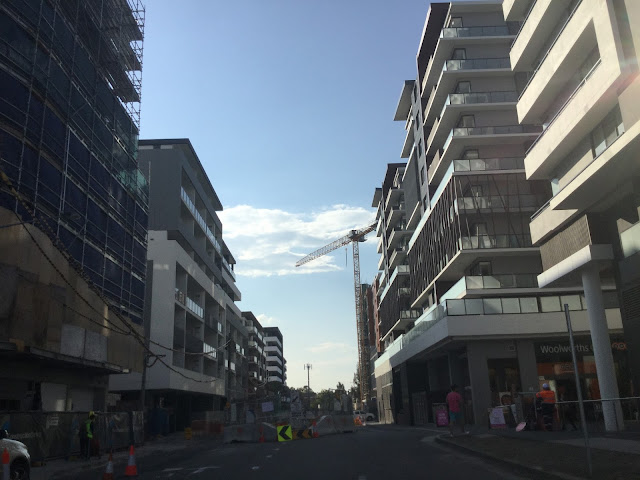 Still other sites down Canterbury Road await, ripe for development. 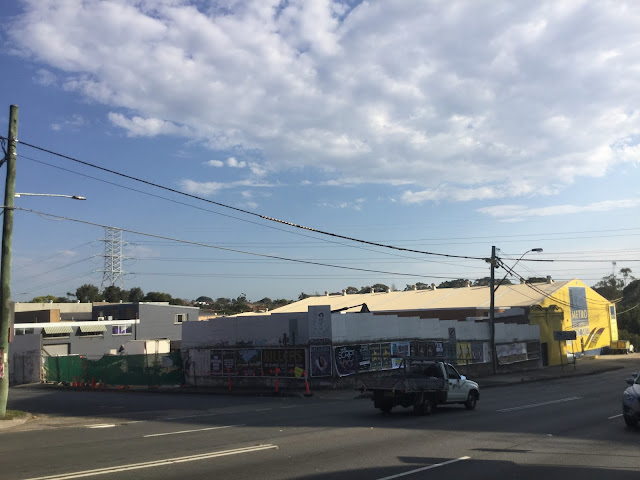 There have been some large but temporary spikes in vacancy rates as new projects hit the market.

Having jumped a few times, the officially reported vacancy rate for Canterbury now hovers at just above 3 per cent, a level which typically tends to reflect a moderately weak rental market under the prevailing Australian methodology.

Median asking rents for apartments have jumped by more than +20 per cent higher in the suburb over the past three years according to SQM Research, doubtless reflecting that the new units are in a different class to the older, poorer quality stock.

Clearly there has been quite a shift in the suburb over the past five years, not just in terms of the growing Asian population, but also in the suburb's density.

Both the number of dwellings and the usual resident population jumped by nearly a fifth between the 2011 and 2016 Censuses respectively.

However, it's literally an urban myth that Australia's capital cities are dense - in international terms they are anything but.

By way of a comparison, according to research by the population experts ID, Australia's densest suburbs have several times this level of density.