Missing bovine backside with a banjo

Another benign result for inflation for the third quarter of 2018, with the significant contributions mostly coming from the price of tobacco, fuel, and holiday travel, offset by the childcare subsidy. 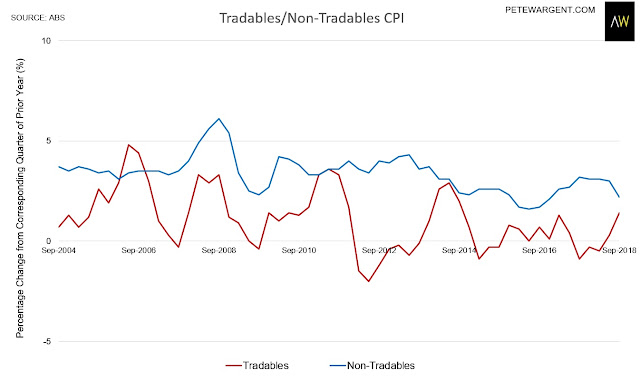 With the past two quarters seeing such weak prints reported, it's hard to see how the core measures of inflation can get back to the implied target of 2½ per cent before 2021. 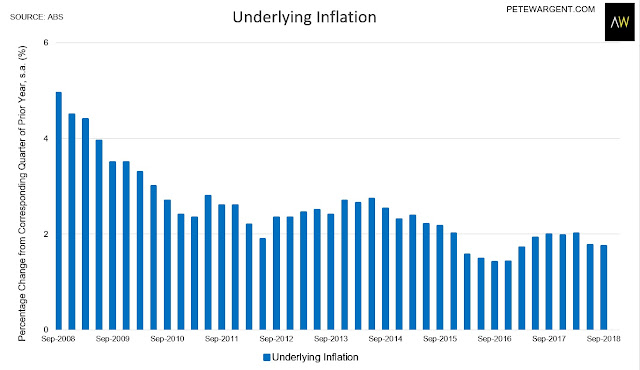 This may be either a good or bad thing - or a bit of both! - depending on your perspective.

The bad news is that it hardly indicates a vibrant domestic economy and firing demand.

On the plus side cost of living pressures are not high, and there is no urgency for interest rates to be hiked any time soon.

By rights they should be cut with inflation dithering below the target 2 to 3 per cent range for going on three years, plenty of slack in the labour force, and broad money growth sagging to just 2.1 per cent.

But I think we all assume that the Reserve Bank will just sit pat.

Rental price growth was only 0.6 per cent for the year to September. 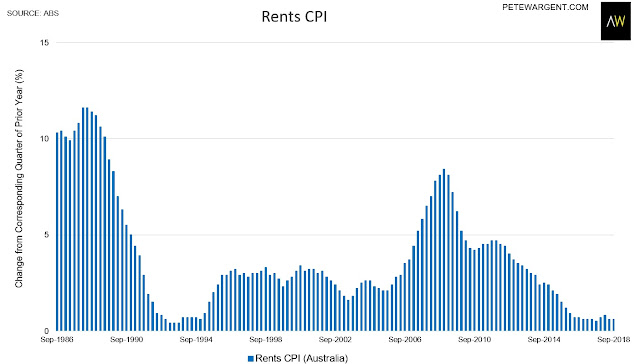 The main drivers of rental prices are Sydney (1.9 per cent) and Melbourne (1.8 per cent) due to the relative size of those two capital cities.

Although the pace of Perth's slowdown has eased for five consecutive quarters, it's still been a rough few years with rental price growth in negative territory since 2015. 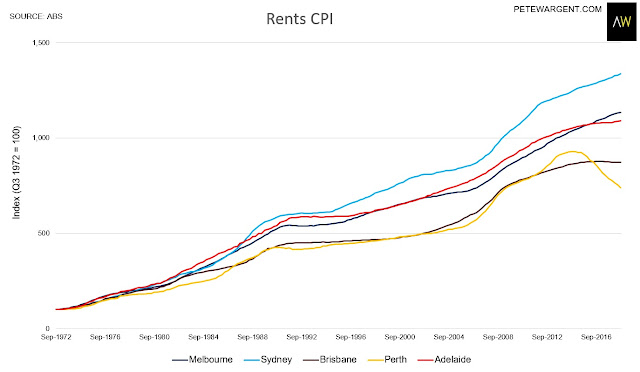 Darwin also appears to be through the most acute of its declines, with rental prices 4.6 per cent lower over the year to September.

Normally such weak inflation would see interest rates lowered to fire up demand in the economy, but Lowe has implied that this won't be on the agenda unless there is deterioration in the jobs market.

In the meantime, sit back and hope for wages to go up.

Whether you agree with this approach or otherwise, that's what it is! 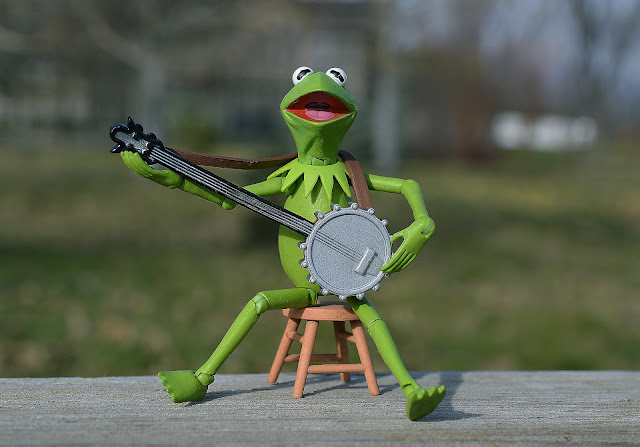