Interest rates were left on hold again in October.

The Reserve Bank confirmed that the pressures evident on money market rates had eased since the end of the financial year:

'In Australia, money-market interest rates are higher than they were at the start of the year, although they have declined since the end of June.

In response, some lenders have increased their standard variable mortgage rates by small amounts, while at the same time reducing mortgage rates for some new loans.'

Growth in the economy has been strong, but progress towards higher wages and lower unemployment is still expected to be gradual.

In its statistical tables released last week the RBA figures showed that the growth in the total dwelling stock is now easing, having declined from a cyclical peak of 2.1 per cent to 1.8 per cent by the end of the financial year.

It looks as though the rate of dwelling stock growth will be broadly back in line with population growth by the end of the calendar year, following an impressive surge of completions. 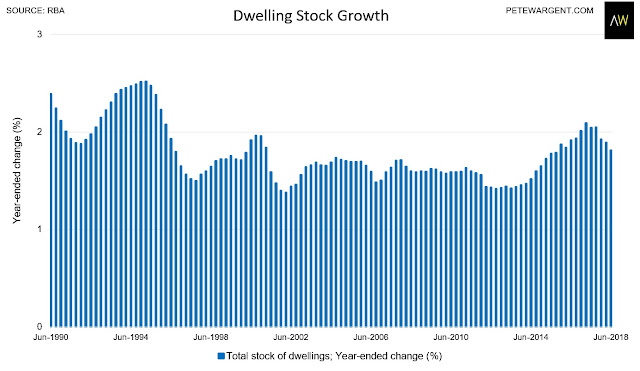 As for the chance of any change in the cash rate soon, here's the cash rate futures implied yield curve for the next 12 months... 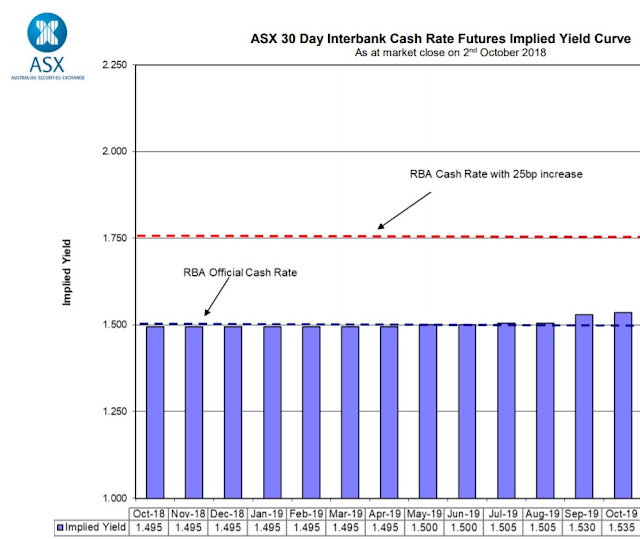 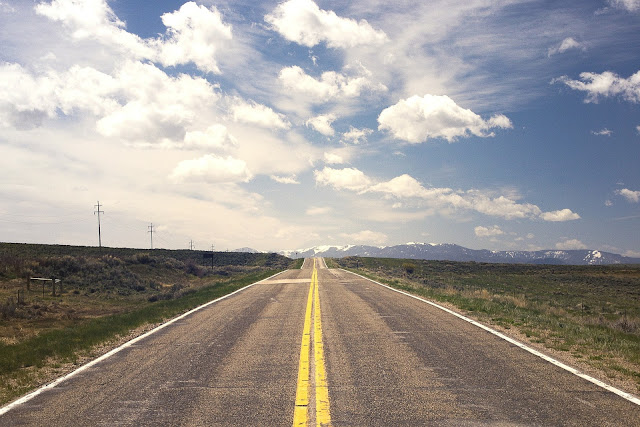