All those Sydney cranes pumped out a surge of apartments in the second quarter of 2018, with 11,200 attached dwelling completions across the state in Q2.

This has already been reflected a jump in vacancy rates from 2.3 per cent to 2.8 per cent in the second quarter of the calendar year.

At the suburb level you tend to see these spikes when a surge of completions comes online at the same time - with a flood of landlords letting identical units - and it can take a little while for the stock to be absorbed by the rental market.

We've seen this already several times through this cycle in individual pockets, but not on a city-wide level to this degree. 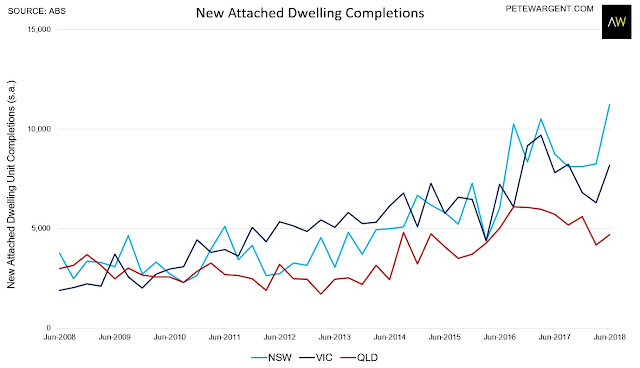 These figures lag somewhat and relate back to the period earlier in 2018.

But according to the dwellings under construction figures, apartment completions are likely to remain high for at least the remainder of 2018 before they ease back.

Attached dwelling commencements in Sydney peaked in December 2016, and have pulled back since, so the new supply will slow soon enough.

The population of Australia will likely increase by around 4 million over the next decade, with Greater Sydney likely to swell to well beyond 6 million - just to put these numbers in a bit of perspective. 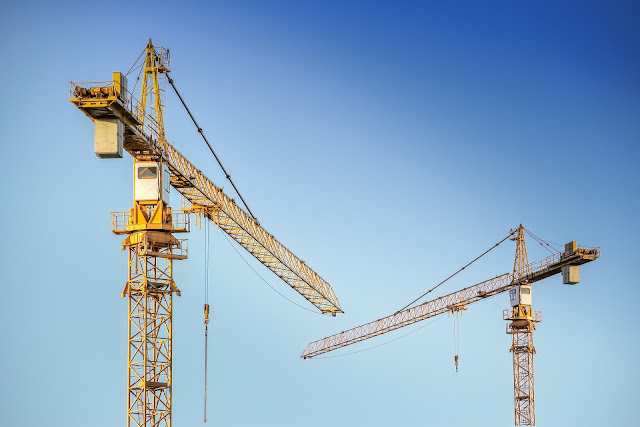