If you were ever looking for evidence that money alone can't make you happy here it is: Credit Suisse confirmed that Australian adults are now the wealthiest in the world.

While for obvious reasons Switzerland edged Australia into second place in terms of mean wealth per adult, the median wealth per Australian adult beat out all comers at US$191,453 this year. 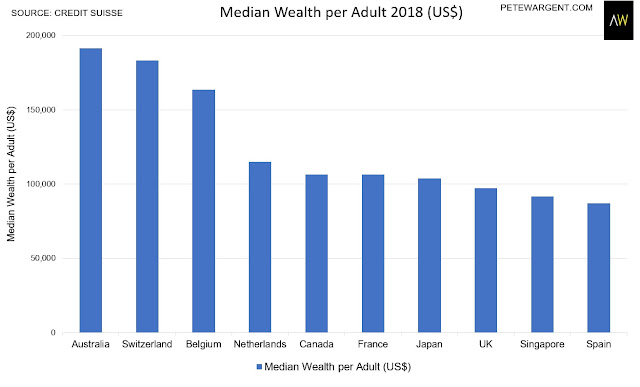 Switzerland's average wealth per adult of US$530,240 remained well ahead of Australia in second place at US$411,060 (still placing Australia well ahead of the United States, Japan, Canada, Norway, Singapore, New Zealand, France, Belgium, Netherlands, and the United Kingdom).

1.32 million Australians had a net wealth of over US$1 million - in spite of a weaker currency than we had at the peak of the resources boom - while 1.6 million Aussies are within the world's richest 1 per cent of households.

The number of millionaires in Australia is expected to increase by more than 40 per cent over the next five years.

As everyone is so lightning fast to point out, property prices have played a significant part in Australian household wealth, although gross debt is only 19 per cent of assets.

It's also common to suggest that Aussies have benefited unequally - which, of course, is always true.

Yet Credit Suisse reported a Gini coefficient of just 66 per cent, while only 6 per cent of Australians have a net worth of under US$10,000, which is remarkably (the UK figure is 18 per cent; in the US it is 28 per cent).

Australia has 'low inequality' according to Credit Suisse, while the proportion of Aussies with a net worth above US$100,000 is seven times the world average.

Apart from its abundance of natural resources, the other real ace up Australia's sleeve has been its compulsory superannuation system, which has built up super pension wealth of A$2.7 trillion up to the end of FY2018, with increasing contributions to come over future financial years. 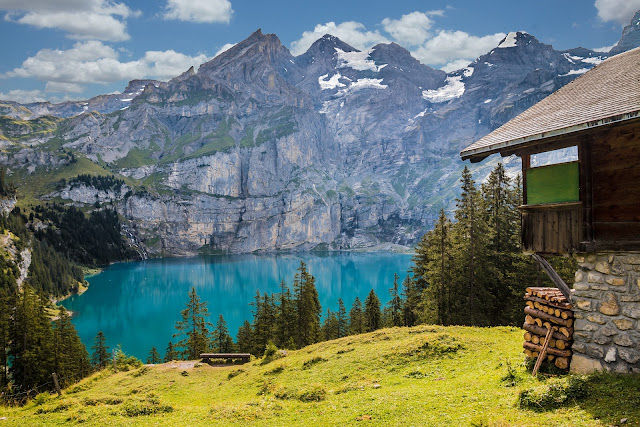