The Economist ran with a major lead story and a special report on Aussie rules this week, though probably not the kind that you're thinking of:

'Rising incomes, low public debt, an affordable welfare state, popular support for mass immigration and a broad consensus on the policies underpinning these things—that is a distant dream in most rich countries.

Many Western politicians could scarcely imagine a place that combined them all.

Happily, they do not have to, because such a country already exists: Australia.'

Naturally this led to many a snide online comment about the jinx of The Economist, and so on.

I might have even partaken a little myself, admittedly.

However, it's not the first time Australia has been featured in the publication for its prolonged outperformance, now being a record 27 years and counting since the last Aussie recession. 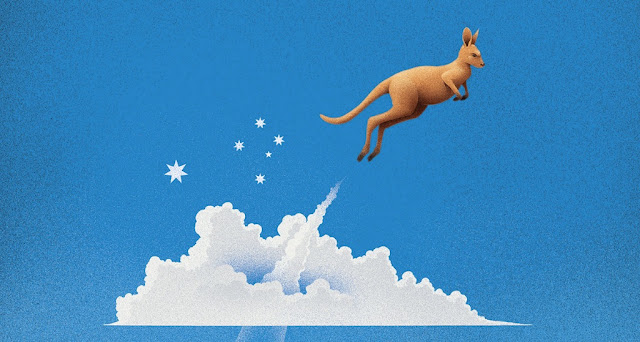 
Lest I felt the need to make any further comment, Lord Pascoe has already done so at The New Daily.

Pascoe notes Australia's low public debt which accounts for its AAA-rating, the astonishing sustained growth in Australia's GDP, and the fast growth in the real Australian median wage through the resources boom years (as well, of course, as our ever-expanding propensity to whinge about it all). 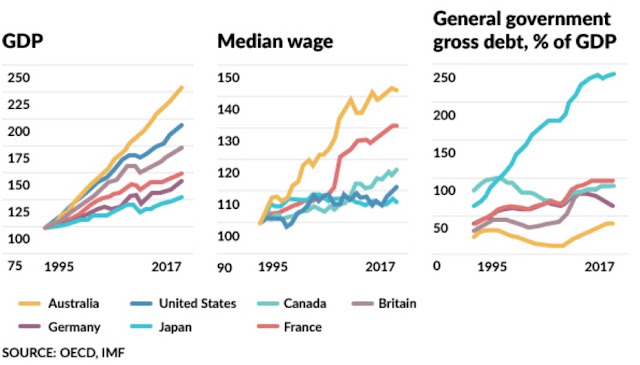 Not a bad combination, when you look at it (except for the whining part, that is).

No wonder Australia has the wealthiest adults in the world and is 'arguably the most successful rich economy.'

'Luck has had a hand in these feats, to be sure. Australia is blessed with lots of iron ore and natural gas, and is relatively close to China, which hoovers up such things. But sound policymaking has helped, too.'

This is a tad harsh and a little bit over an oversimplification, one feels.

Fair shake of the sauce bottle...we have coking coal too! 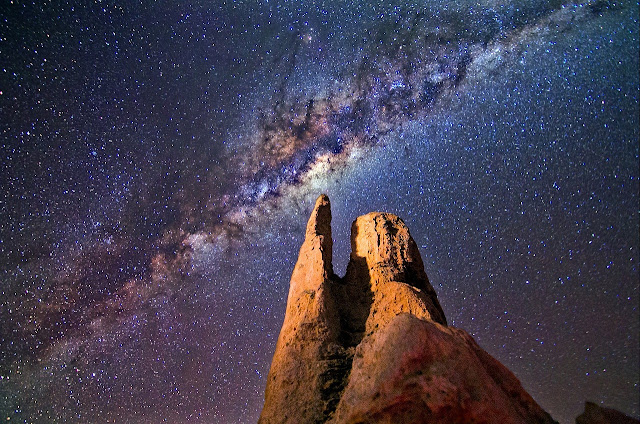