Seasonally adjusted building approvals declined by another 9 per cent in August 2018 to 16,047, well down from 19,078 a year earlier as the credit squeeze bites.

The downturn in recent months has been largely driven by a decline in Sydney and Melbourne apartment approvals, with the high-rise sector now taking an anticipated second leg down (click to expand the images). 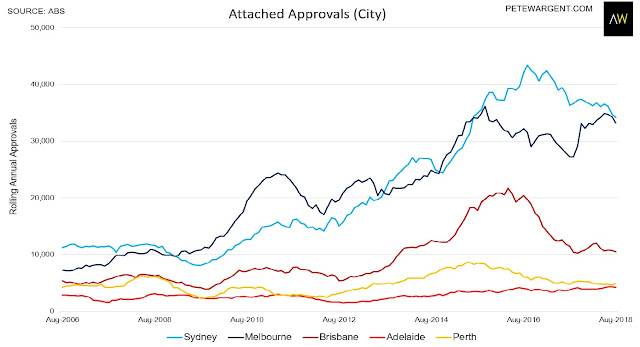 Detached house approvals were about 4 per cent lower than year earlier as Sydney rolls over here too, although Perth has now recorded a very marginal year-on-year increase as a level of optimism for the outlook returns. 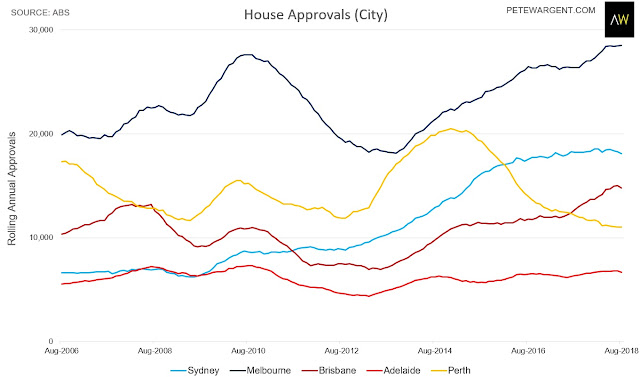 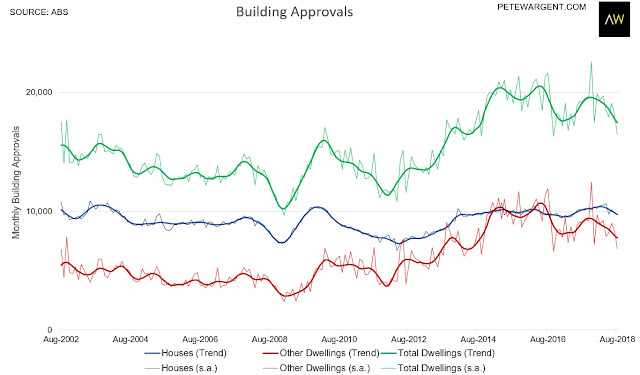 The outlook for total construction employment remains solid for now, with total annual approvals still elevated at 228,000, while the annual value of non-residential approvals boomed to an unprecedented $49 billion in the first quarter of calendar year 2018.

Kudos to the Coalition is due here for anticipating for the apartment construction downturn and plugging it with light rail, roads, airports, and a range of other infrastructure projects.

It's always interesting to see how cycles can play out in endless variations.

Normally you'd worry about a housing downturn leading to a rush of unemployed construction workers.

Although industry surveys have pointed to contraction in apartment construction for some time, in the case of Sydney and Melbourne this has been headed off by a multitude of infrastructure projects waved through for approval since 2016, while around the regions resources construction is also now on the rise again.

The credit squeeze on mortgage lending has slowed the Sydney and Melbourne housing juggernauts, yet job vacancies are now pointing to a record hiring boom and unemployment rates falling to about 4 per cent in those two capitals.

An inextricably linked factor is that while Sydney might be suffering indigestion from a glut of apartment completions, there's no evidence of a structural oversupply.

In fact, with a population growing at 100,000 per annum towards 5.3 million by the end of this financial year, the dwelling supply could prove to be tight again sooner than in previous cycles, as suggested by Grattan Institute research.

There are many different ways to define an oversupply, of course, as noted here previously - rental vacancies, stock listings, and so on - but too many well-located dwellings isn't going to be a problem facing Sydney as it marches towards becoming a city of 8 million by mid-century. 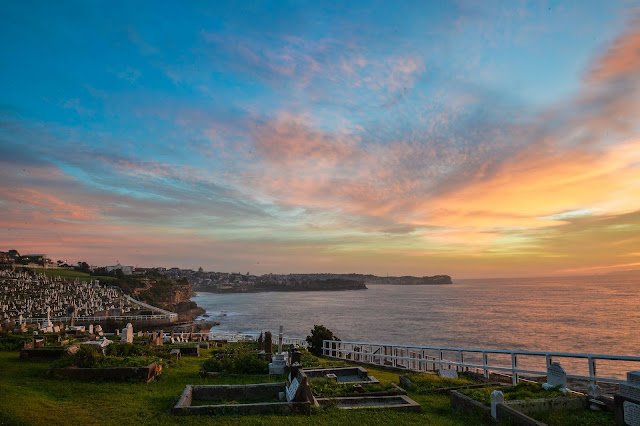