'Since the peak' (or close variations thereof) is an interesting financial markets idiom - a device we all engage with from time to time, which appears to imply that the highest recorded price to date is the 'right' price to benchmark against when calculating performance.

The Australian stock market is a fine case in point, having repeatedly failed to consolidate the levels first reached a dozen or so years earlier. 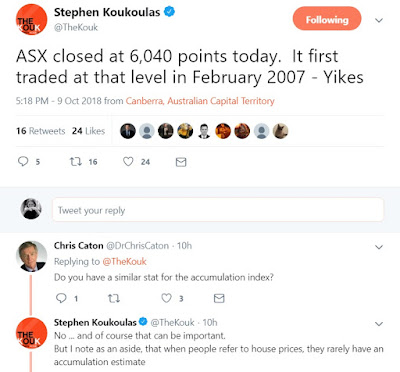 Of course, if you include dividends or on an accumulation basis it's a different story. And anyway, whoever bought their entire stock portfolio at the very peak of the market?

Aussies that got into trouble would've included stock pickers and those using uncontrolled leverage, including margin loans and CFDs.

I'm not a big believer in the prevalence of financial bubbles, but I do believe we periodically see buying frenzies, which often aren't too hard to identify (a corollary of which is that we can also see irrational valleys in market prices).

Take one of the most famous modern examples: the tech stock mania.


Having first been highlighted as 'irrational exuberance' when the index was trading barely above 1,000, the NASDAQ then surged to reflect - quite rightly - that technology would become a vital part of the economy in the future.

The index mostly traded in a range of about 3,000 to 4,000, before we saw a very brief period of spectacular buying (1) followed by an irrational valley (2) when the market crunch came. 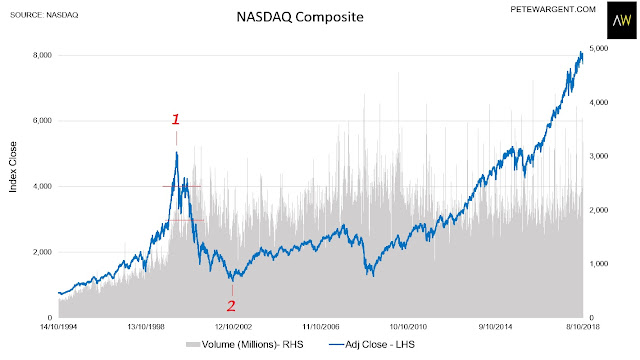 The correction was initially and rationally driven by an expectation of lower nominal GDP growth.

It's true that many flimsy businesses failed, but frankly for an index valuation that's besides the point, for only some companies needed to hit the jackpot (which, by the way, they have, including Amazon which has a market cap today rapidly approaching US$1,000,000,000,000).

And since the NASDAQ index has recently been trading above 8,000, so it seems odd to be discussing a 'bubble' at 3,000 to 4,000. After all, who wouldn't want to be buying at those prices today?

Many will choose to benchmark to that single solitary day over the past 25 years when the market soared to a peak at above 5,000, but almost by definition peaks will appear expensive in hindsight.

Almost everyone seems to believe they're an expert in identifying bubbles since the global financial crisis - there's even a dude on Twitter that's spent the past decade identifying bubbles that haven't burst (like the Dow at 12,000, or crude at $50, or...whatever).

But this is largely a cognitive bias.

Naturally housing markets are also prone to buying frenzies and irrational valleys, although these markets too mainly respond to signals.

After years of strongly surging house prices, for example, the UK entered a severe recession that saw average house prices in 2007 fall back to 2005 levels, at least for a while (in London, housing prices doubled again since the correction). 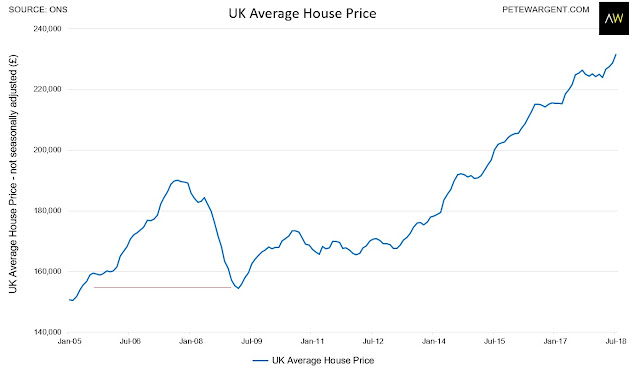 Everyone seems to talk sagely about the 2007 'bubble' in hindsight, but many Brits would equally remember the bubble predictions of many (many!) years earlier than 2005.


Australian housing off the peaks 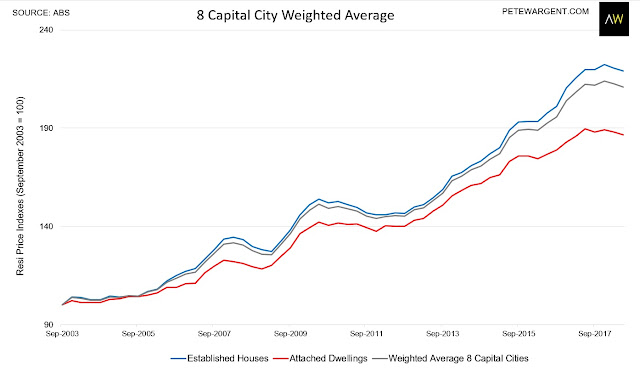 One market - Sydney - did experience a wild buying frenzy in the first quarter of 2017, forcing some (required) action from the regulator, since which time house prices have declined by 4 per cent and apartment prices 3 per cent on the ABS index, with further declines set to follow in H2 2018.

I was an agog observer at some of those early 017 Sydney auctions, and concluded at the time that the successful frenzied bidders - ultimately those setting the market peak prices - could only be cash buyers or downsizers, since there was no way the bank vals could've passed otherwise. 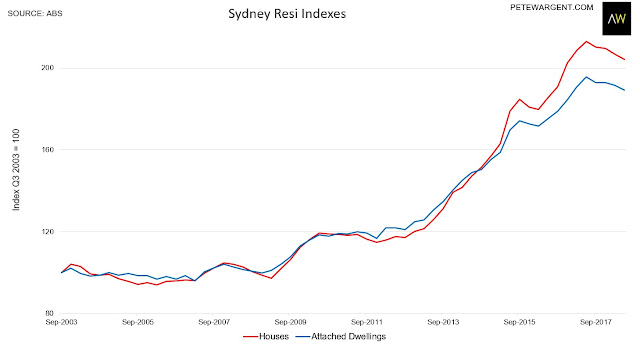 Very few leveraged buyers would've bought in that narrow window before the froth was blown off, but if there's a cohort that will feel the pain of the market responding the tighter lending standards signal it's off-the-plan buyers of new CBD apartments.

Although not overly familiar with Western Sydney's housing markets I also noted some wild prices being paid for weatherboard renovators and fibro shacks, although all that seems to have calmed down now. 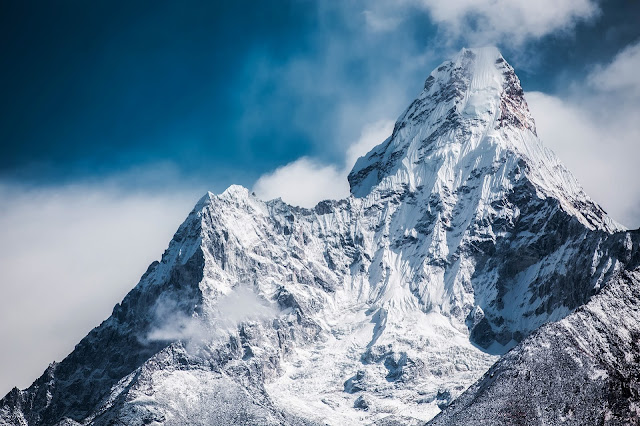