Monthly retail turnover grew by a modest 0.3 per cent in August and 3.8 per cent over the year to $26.9 billion.

That's the fastest annual growth since May 2018, but as you can see this was largely driven by a low base effect and a negative print on the corresponding month from the prior year (click to expand images). 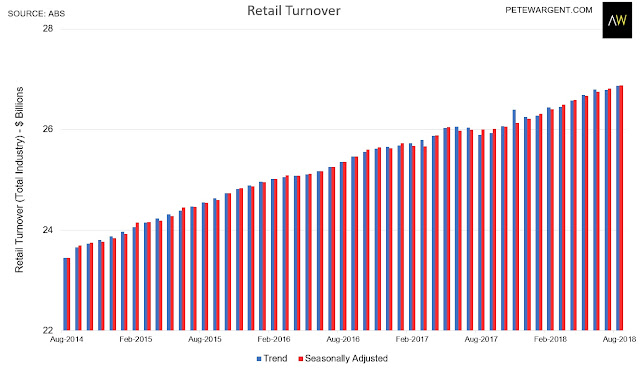 Over the year some of the greatest gains were in discretionary spend: food retailing, eating out, and clothing and footwear.

Expenditure on household goods is slowing in line with weaker housing construction data. 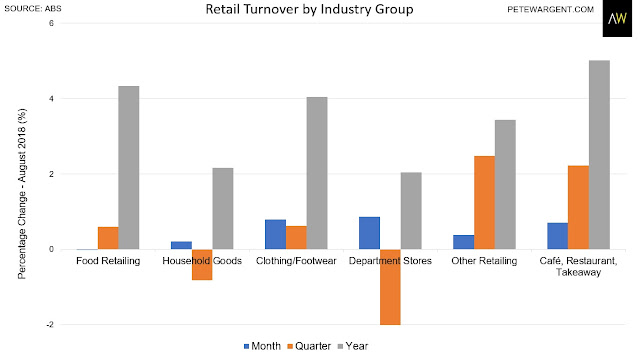 And retail turnover grew by more than 6 per cent over the year in Victoria and Tasmania, but was far weaker in the resources states or territories. 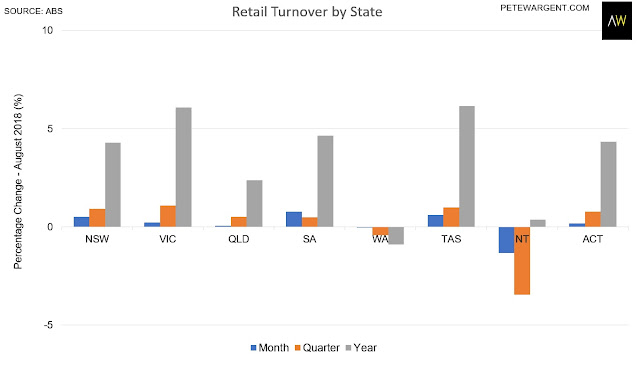 Online retail continues to account for a larger share of the pie, contributing 5.6 per cent of turnover, up from just 3.3 per cent two years earlier.

With petrol prices now rising and the new GST on low value imported items now kicking in, I expect retail volumes growth will only be modest in 2019. 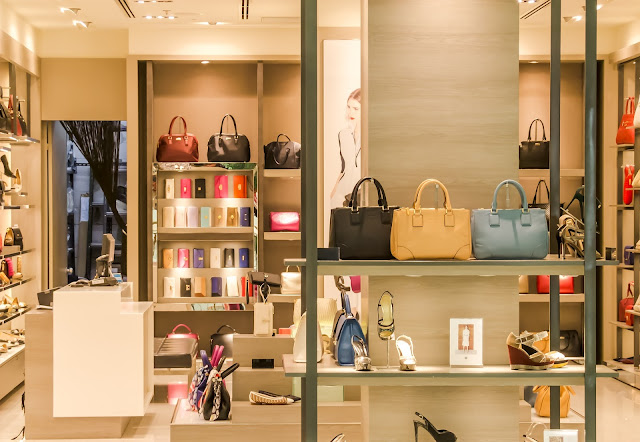