Down, down...share prices are down

But for a dime for each time I'd heard that if Buffett invested in Aussie stocks he'd own Woolies.

I'd be almost as rich as the big fella himself!

I haven't much followed that logic.

After all, Wazza could buy Australian shares if he wanted to, and...ah, never mind.

On a personal note, I must confess that I've never liked Coles and would choose Woolies as a place to shop in preference any day of the week.

But as a Brit raised on Waitrose, Sainsbury's, and M&S I was never particularly enamoured with either of the main Australian brands.

It's been a long past 11 years for Woolies shareholders with the share price down from around $35 to $27.80 or so at the last count.

The widely-spruiked 'Buffett stock' meme gathered a serious head of steam in 2014, before the price crashed by 45 per cent as the company ran into trouble. 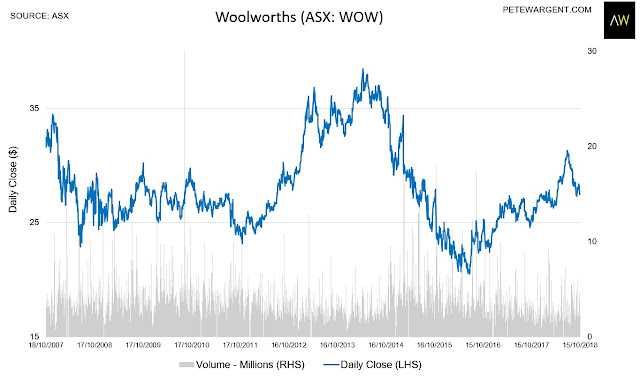 The journey has been far from a total washout, with dividends arcing steadily higher over the years.

But then in 2016 Woolies posted its first loss as a listed company of $1.2 billion, leading to the final dividend to long-suffering shareholders for that year being cut by 54 per cent (and the annual dividend slashed almost in half), with a recovery since underway. 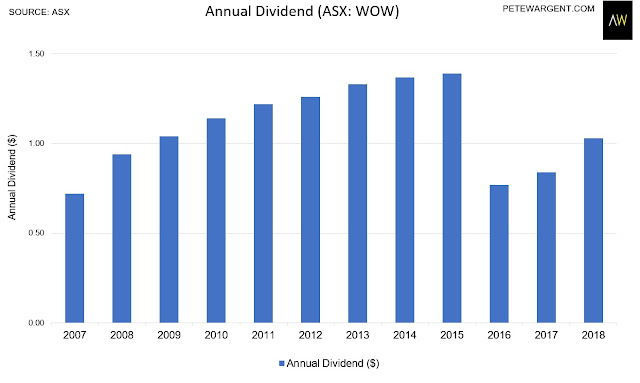 The reason this is now of interest - to me at at any rate - is that Amazon Australia is now launching itself forth into grocery sales, which is set to put further pressure on to the margins of Coles and Woolies.

And with Amazon fresh food to follow in due course, there will also be the value chain model in the form of Aldi to contend with.

To date, the product range offered by Amazon isn't large, but their broader expansion into Australia to date has been both aggressive and impressive.

This also appears likely to maintain downward pressure on the rate of consumer price inflation.

As an aside, Buffett did invest in a supermarket chain some years ago - Tesco - and lost a motza as he 'thumb-sucked' while the company was exposed for its accounting scandals.

The all-too-comfortably profitable British supermarket businesses were taken apart by Lidl, Aldi, and other disruptions. 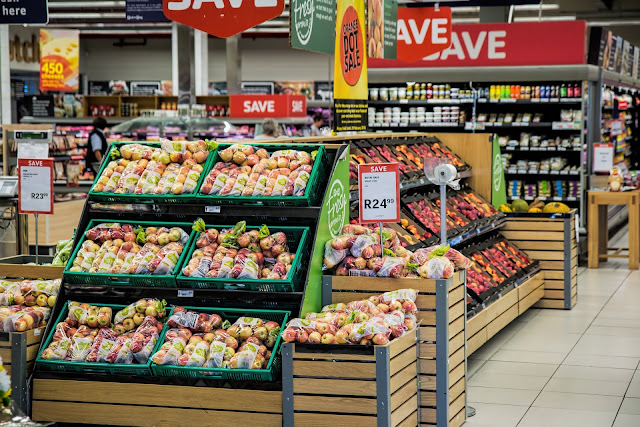