What is there left to say about Tesla (TSLA) stock that hasn't already been said?

A company that hasn't burned much fuel, but has been burning millions faster than The KLF.

Yet until recently it was valued at well over US$60 billion, and much more than, say, Ford or General Motors.

A stock where the happily weed-smoking CEO cheekily fibbed on Twitter about about taking Tesla private at $420 with "funding secured" (in the event quickly sending the stock price down by a third) and finally raising the ire of the SEC.

You couldn't make a lot this stuff up, and I mean that sincerely.

And that's before we even mention the Thai cave miniature submarine non-rescue and 'those' accusatory Tweets, or the endless bizarre claims and interplanetary exploration plans.

They may not be selling many cars, but it's sure been one helluva ride!

All that remains is to watch the stock price action with a gawping open mouth as it retraces at speed from the 52-week high of $387.46.

From a technical standpoint $250 has been breached today which does not augur well, with the market pricing in further dilution (or worse). 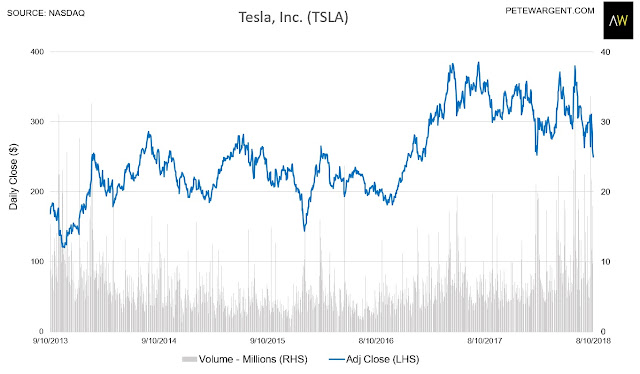 Musk has been openly hostile about short-sellers of the Tesla stock, and more pumping, hype, or optimistically stated production and delivery reports are to be expected.

What short sellers can do is reduce premiums on obviously mispriced securities. 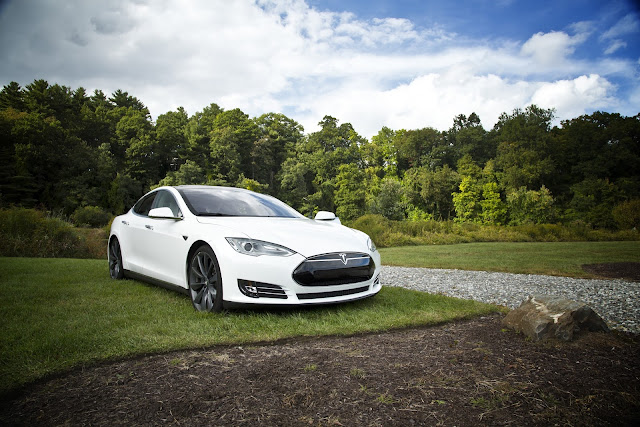