However, there was a blip in their most recent job ads figures, with advertisements now up by just +4.7 per cent from a year earlier. 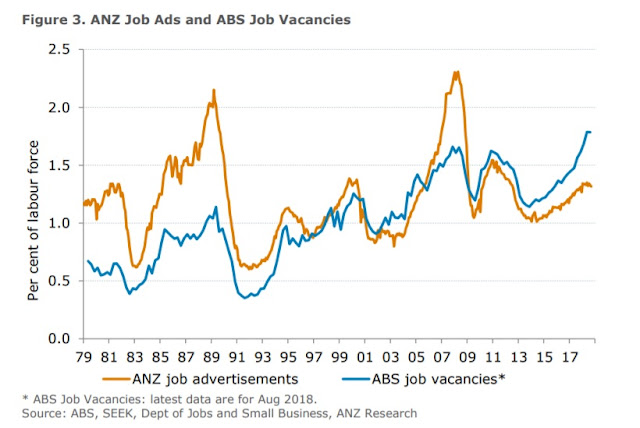 This latest reading puts the ANZ indicator well behind the ABS (and SEEK) jobs vacancies figures.

Adding some weight to these figures, Roy Morgan Research estimates that employment grew by around 200,000 or 1.6 per cent over the year to September (or +1.7 per cent on a 3m/YoY basis) which may be enough to keep unemployment falling...but only just. 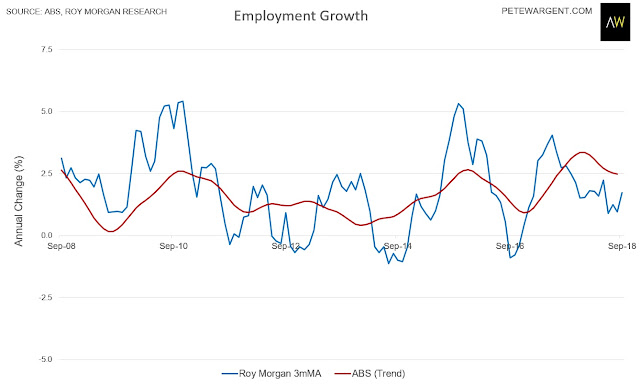 The ABS previously reported job vacancies in New South Wales and Victoria at their highest ever level. 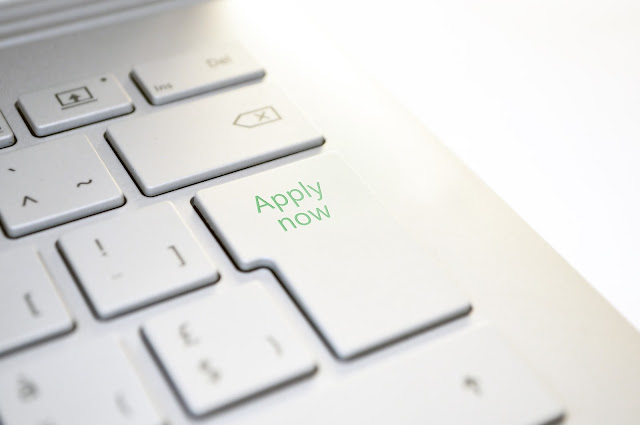