Melbourne accounts for fall in unemployment

There was a big drop in the number of unemployed persons in September, with the total dropping from 695,500 to 645,500 in the month, in original terms.

On a smoother annual average basis, you can see that this continues a steady improvement observed over several years. 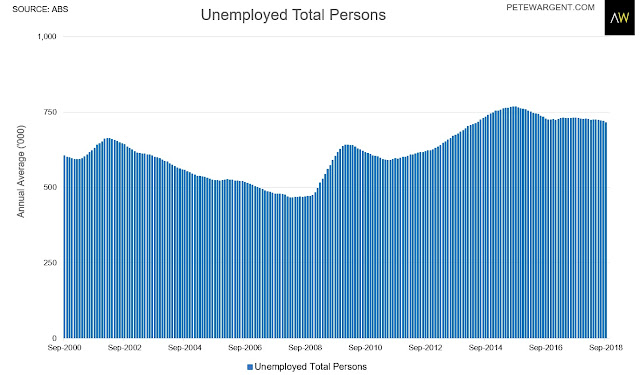 Of course, the population of Australia is growing quickly, so the metric most commonly quoted is the unemployment rate, which dropped from 5.3 per cent to only 5 per cent in September on a seasonally adjusted basis.

This was the lowest level in nearly 7 years.

The recent improvement has largely been due to booming construction and other sectors in Victoria.

The monthly unemployment rate in Greater Melbourne is now posting huge monthly declines, down to just 4.39 per cent in September (way down from 6.22 per cent only a year earlier).

In Sydney, the monthly unemployment rate is now cyclically very low at just 4.17 per cent.

The smoother annual average figures show that Brisbane and Perth still have unemployment rates of about 6 per cent - indicating much slack - while the southern state capitals of Adelaide and Hobart have posted better results in recent months.

The annual average chart shows the continuing improvement for Sydney, and especially Melbourne of late. 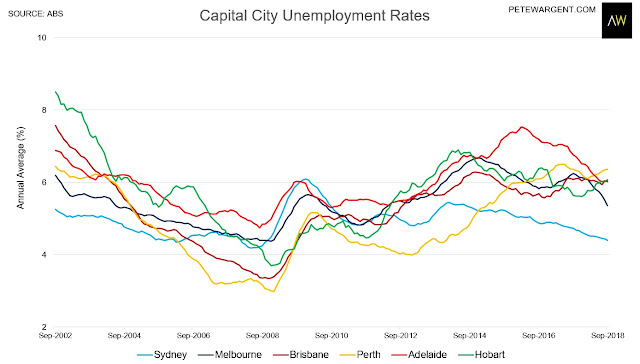 Finally, S&P reported that prime SPIN mortgage arrears ticked down from 1.38 per cent to 1.36 per cent in August, largely in line with expectations. 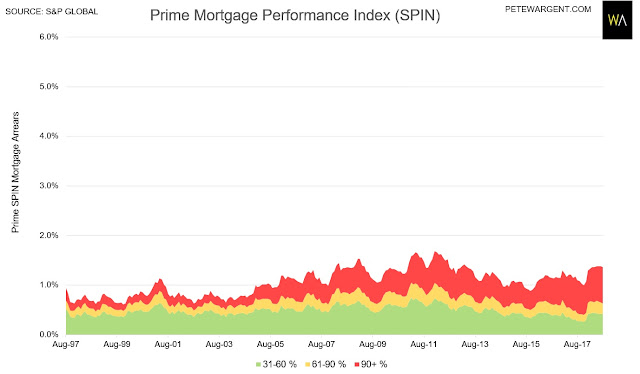 Arrears are nevertheless higher than a year earlier, presumably due to interest-only loan resets.

Recently reported figures have reported a fall in median dwelling prices in Melbourne, but I doubt there will be too much concern there yet from policymakers looking at these numbers for Victoria.

QBE's latest forecasts predict that Sydney dwelling prices will decline by 3½ per cent in 2019, before rising again from 2020 due to pent-up demand. 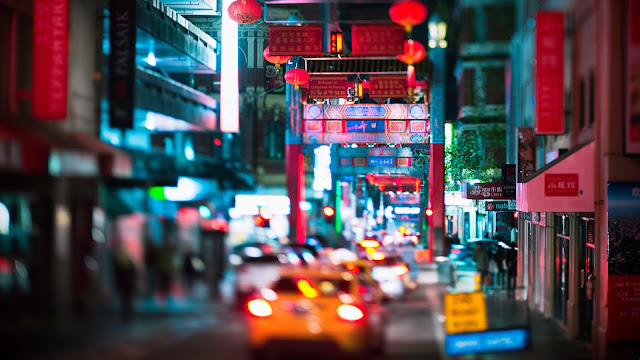