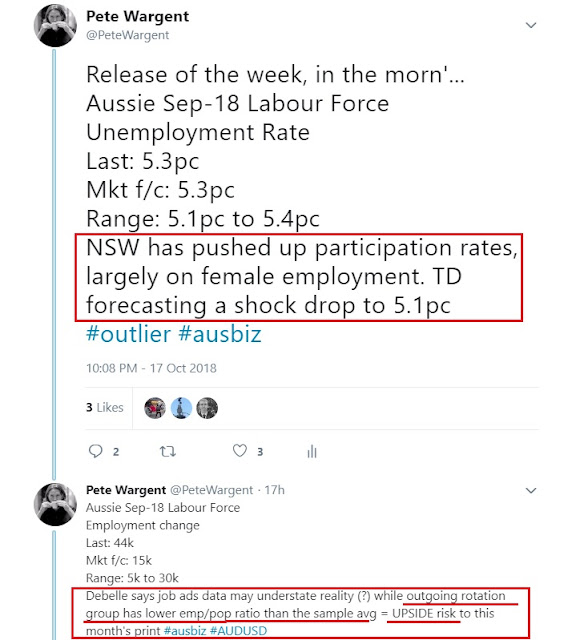 The outgoing sample rotated out and the number of unemployed persons nosedived by a massive 37,200 to 665,800.

Debelle dropped a hint-bomb this week that published job ads figures have potentially been understating the strength of the labour market.

As consistently suggested on this blog business vacancy surveys have been pointing towards an unemployment rate heading to 5 per cent (and quite possibly well below).

And, as flagged, in one fell swoop it was so, with the unemployment rate plunging from 5.3 per cent to a 77-month low of just 5 per cent in September 2018, the lowest reading since April 2012. 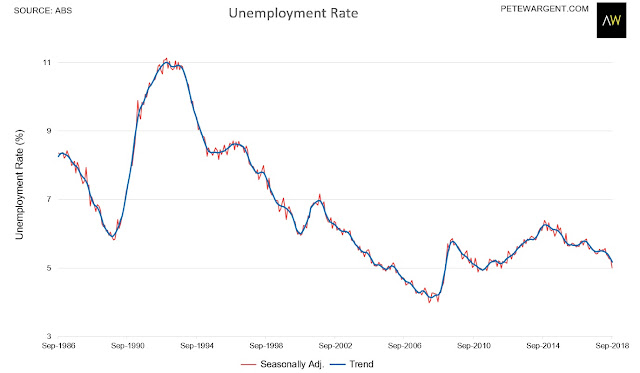 Of course there then followed another fascinating case study in observers seeing what they want to see rather than what was actually reported.

If you still believe that the trend unemployment rate was flat you probably need to seek professional help rather than read anything further here, but here's the chart zoomed in for you anyway. 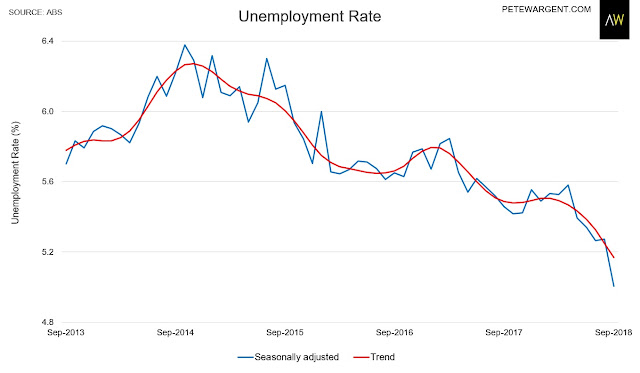 I'll look at the (full-time) employment gains in a separate post, but New South Wales has led the way over the past year with stunning annual employment growth of nearly 3½ per cent, sending the state's seasonally adjusted unemployment rate plummeting all the way down to 4.4 per cent.

That's impressive, but the rate of improvement has been greatest by far in Victoria, where the seasonally adjusted unemployment rate dived again to just 4½ per cent.

Wow, for the Victorian construction boom.

The smoother trend figures are plotted below. 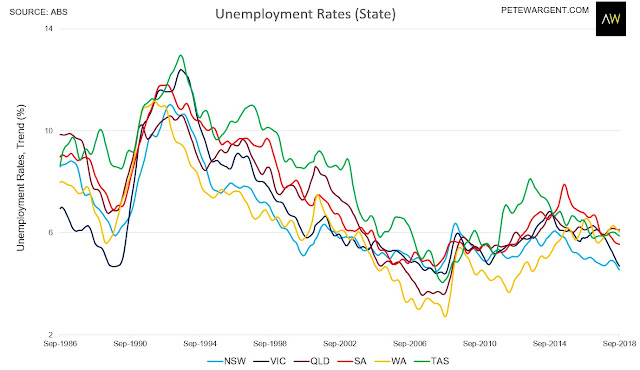 Queensland has dithered, with its seasonally unemployment rate at least falling from 6.3 per cent to 6 per cent in September.

But with Brisbane belatedly kicking off a suite of infrastructure projects and coal and LNG royalties soaring the good times could soon be rolling again in Queensland too.

Altogether now: but the numbers are wrong! 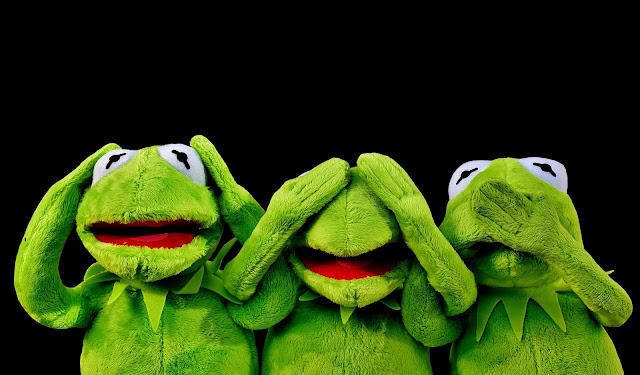