Vendors pull up the ladder

Normally you'd expect to see a strong spring rise in property listings in September, often of up to 5 per cent.

But in a sign that vendors are now pulling up the ladder on this cycle it didn't happen last month, with total listings up by just 0.3 per cent in Sydney and listings actually falling by 1.8 per cent in Melbourne.

The below data being well compiled as always by SQM Research. 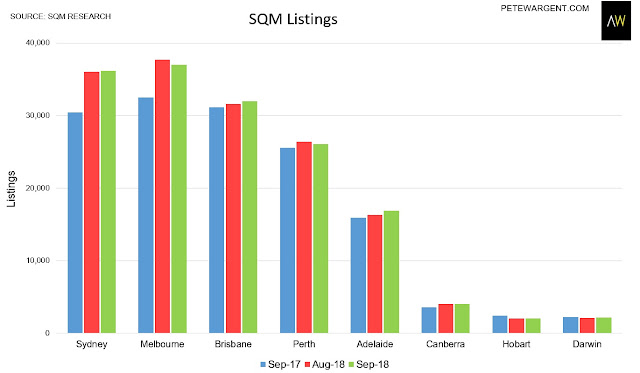 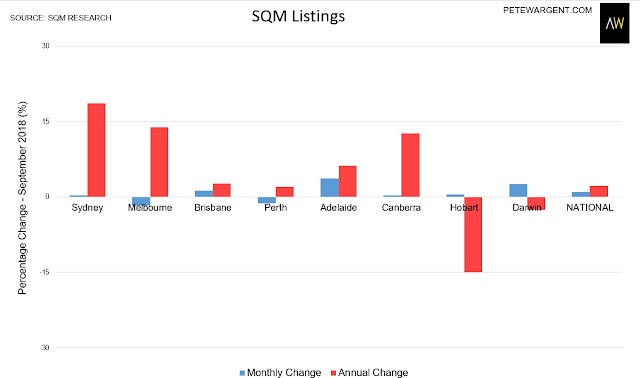 Listings also declined by 1.3 per cent in Perth in September as the outlook for that market finally improves on the back of resurgent resources activity.

Building approvals figures for August are due out this morning, analysis to follow. 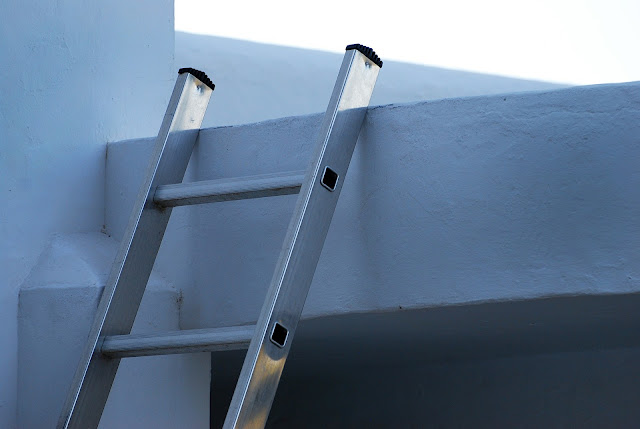