At the peak of Australia's mining boom Australia was attracting more than 50,000 permanent and long-term migrants per annum from New Zealand (and 40,000 on a net basis).

Australia's economy was really booming back then, and the lure of a labour shortage and higher pay was too strong to be resisted.

But then came the resources construction downturn and steadily rising unemployment for Australia, while New Zealand managed to turn its economy around following its post-financial crisis malaise.

There was also the Christchurch factor.

Only a visit last year to the city helped me to appreciate the sheer potential scale of the rebuild operation for what is a relatively small country and population, and this may have played a role in attracting some construction workers home to New Zealand.

Only now is Australian beginning to close the unemployment rate gap, with our seasonally adjusted unemployment falling rate falling to a near 7-year low of 5 per cent, while at the last count New Zealand's unemployment rate (measured quarterly rather than monthly) ticked up a notch to 4½ per cent. 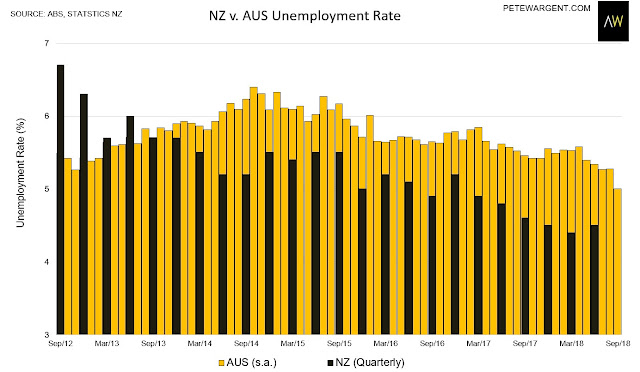 Wages growth has been similarly sedate in both jurisdictions.

Employment beckons Kiwis across the Tasman

Perhaps more significant than the unemployment rate, the latest job ads figures in New Zealand point only to a moderate period ahead for hiring, whereas the official ABS figures in Australia have seen job vacancies soar to record highs, especially in Sydney and Melbourne.

Resources investment is also picking up a bit in Australia again.

It's still early days, of course, but you can see the impact these trends are having on migration patterns, with the net flow between the two countries now swinging back in favour of Australia since early 2018. 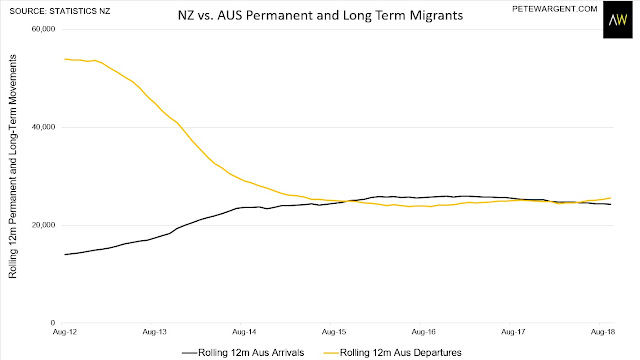 I have belatedly noted that Bloomberg ran a similar article at the end of last week, wherein they note a considerably higher recent exodus from New Zealand to Australia.

It's hard to work out which numbers they're quoting from Statistics NZ.

But either way the trend is similar: Kiwis are heading to Australia again. 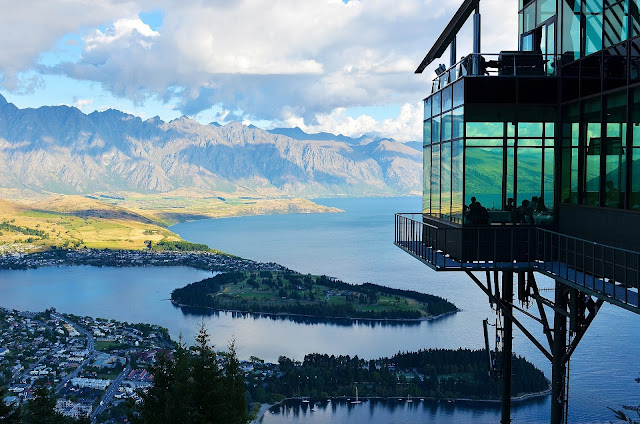