Job vacancies at the highest level on record

Labour market figures continue to defy the sceptics and pessimists, my semi-optimistic self included!


Although telcos, banks, and eventually construction companies may well be shedding staff in the years ahead, the strength of the services sector is overwhelming the bad news.

Vacancies exploded 24.1 per cent higher year-on-year to a seasonally adjusted 236,000.

Not only is that the highest level on record, it's actually an acceleration in the annual rate of growth to the steepest trajectory since the post-crisis recovery period of 2010. 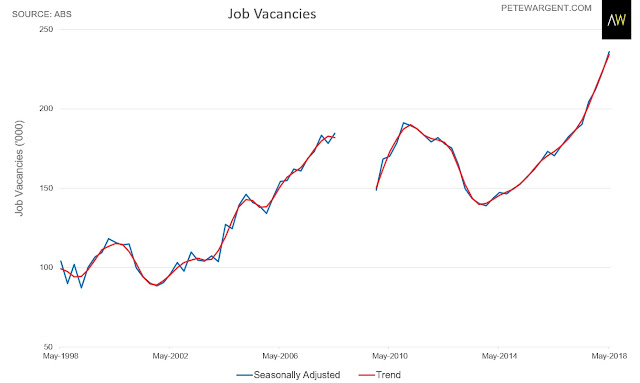 The Tasmanian economy hasn't seen much change over the past year, with vacancies reportedly being filled by applicants quickly.

However, in all other states and territories there was significant, double-digit year-on-year growth.

Western Australia in particular is now looking up, with vacancies up by 26.2 per cent over the year to May 2018, rebounding from a sharp decline.

But the real boom state is Victoria, with vacancies exploding 51.6 per cent from a year earlier to by far the highest level on record at 67,600. Boomtime!

New South Wales also remains at hot levels with 77,300 vacancies, a double-digit increase from May 2017. 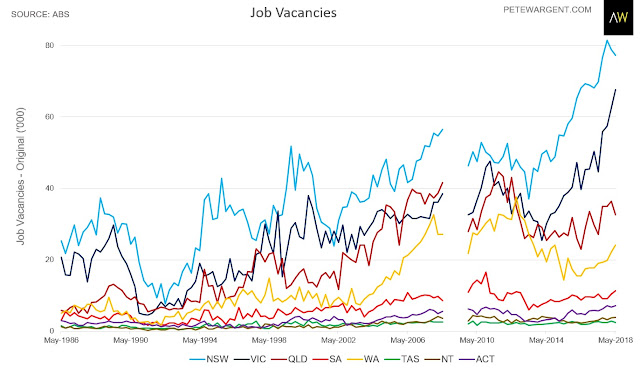 Commentary is almost pathologically inclined towards talking these numbers down.

But even accounting for the 301,000 or 2.3 per cent expansion in the labour force over the past year, driven largely by higher female participation, this implies that the unemployment rate will continue to fall towards 5 per cent as this record number of positions is filled.

Perhaps even lower, who knows? 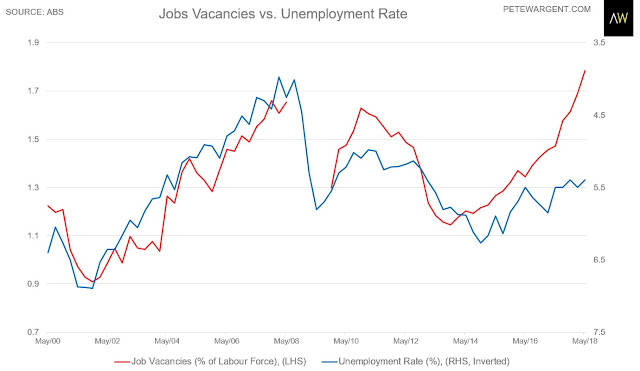 Even the trend series ratio now increasingly looks very healthy, gliding lower to the lowest level since the early part of calendar year 2011. 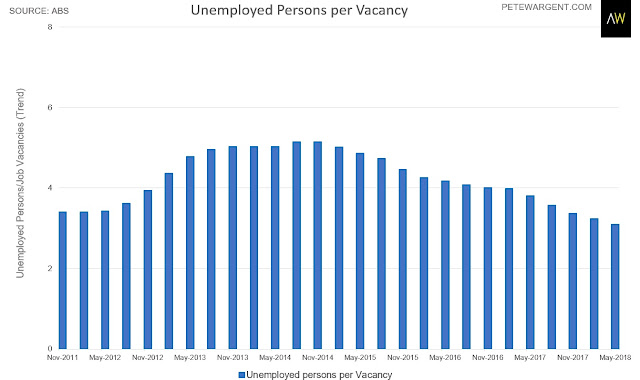 At the sectoral level, construction vacancies are now at the highest level in five years, possibly relating to infrastructure projects in Victoria, as noted here yesterday.

There has been a big surge in the number of administrative and support vacancies, which may be a survey categorisation issue (but if you do need to pick a new secretarial applicant, here's the optimal way to do it!).

A supremely strong result here, all things considered, following on from a solid set of National Accounts, to be chalked up as another win for the Treasury and the Reserve Bank board.

In related news, the Department of Finance released its latest monthly financial statements yesterday, which showed the rolling annual underlying cash balance deficit at just $10 billion, a thumping $5.8 billion ahead of the revised Budget profile for 2017-18. 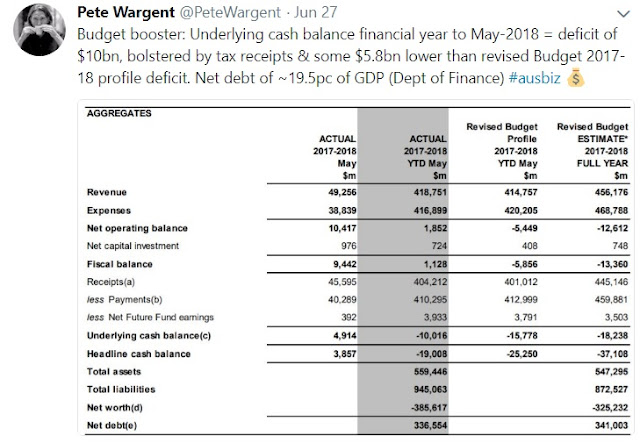 That's a strong result indeed, driven by a surge in tax receipts.

And as prominent economist Warren Hogan has pointed out, Budget figures don't behave like this when the economy is floundering. 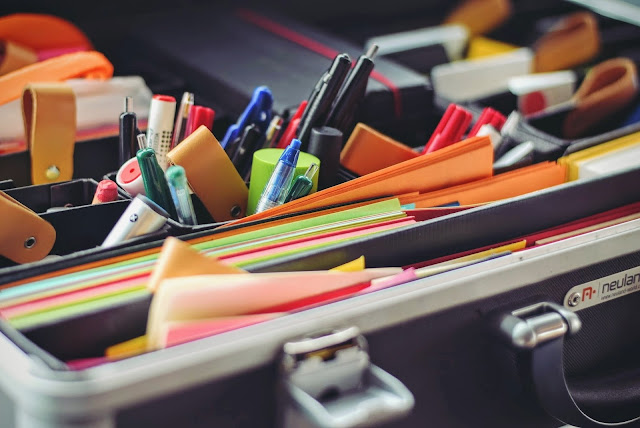