Unemployment rate back to 2013 levels 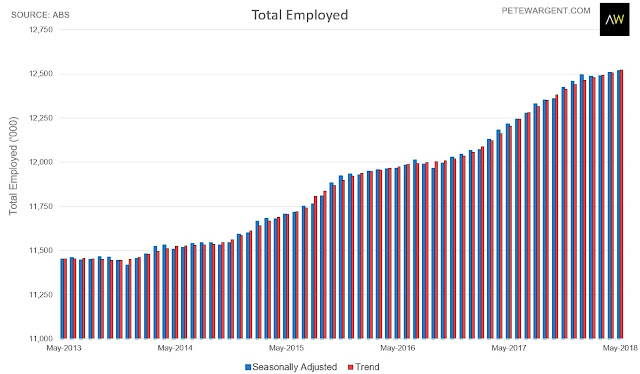 That still wasn't enough to stop the annual pace of jobs growth slowing from a sizzling 3.4pc just a few months earlier to a still-reasonable 2.5pc.

And, importantly, the pace of full time jobs growth has faded over the past four months too. 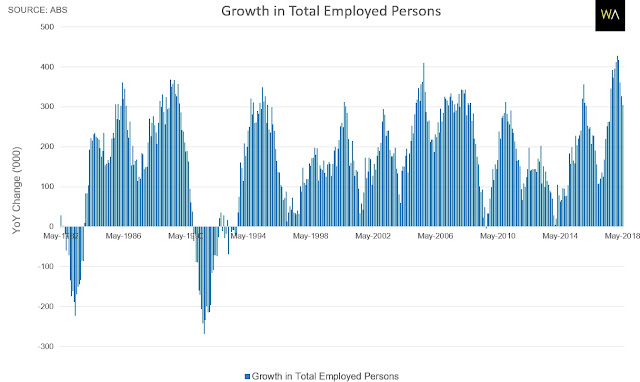 Melbourne and Sydney continue to create employment at a strong clip.

New South Wales has seen by far the greatest employment growth over the past year at 137,200, with Victoria (72,000) and Queensland (64,900) also performing well in terms of headline employment growth. 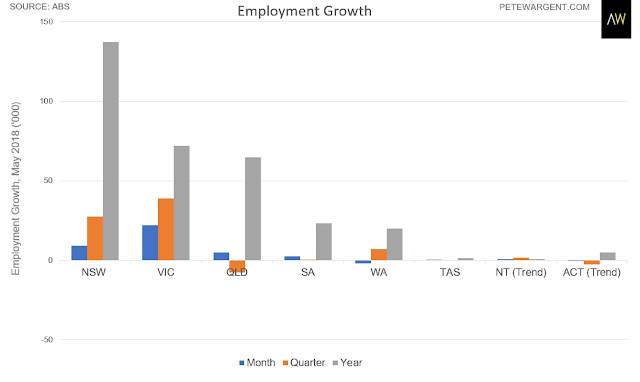 The unemployment rate hit its lowest level in 6 months at 5.40 per cent, and is essentially as low as we've seen since January 2013. 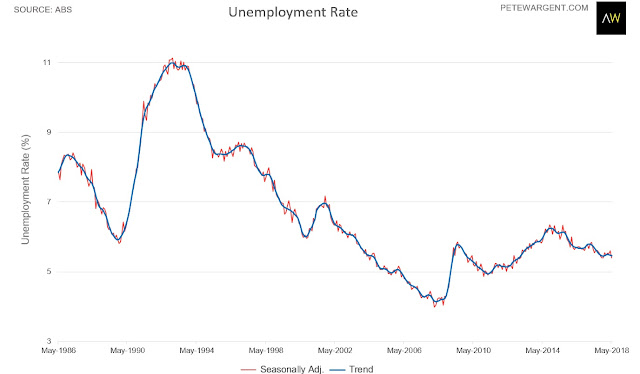 At the state level New South Wales (4.9 per cent) and now Victoria (5.1 per cent) look to be in good shape from an unemployment rate perspective. 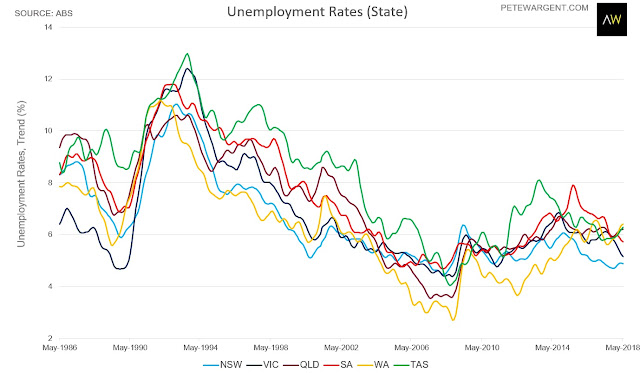 Overall, though, a bit of a flaccid result, with the annual growth trend in total monthly hours worked losing momentum in declining to 2.7 per cent. 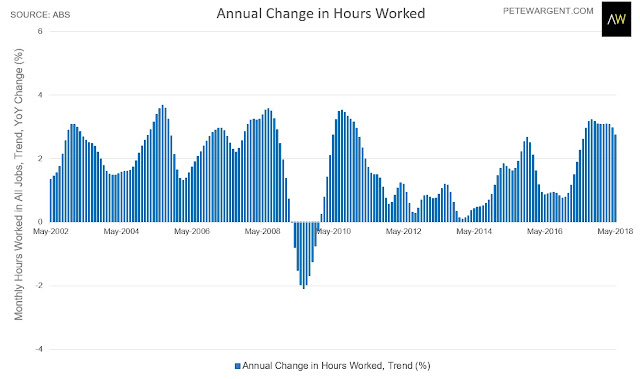 As you were, then, with the economy doing pretty well if you live in Sydney or Melbourne, and generally floundering along elsewhere.

Some good news for Brisbane, with the massive $3.6 billion Queens Wharf project finally set to hit its straps, and 2,000 construction workers being hired. 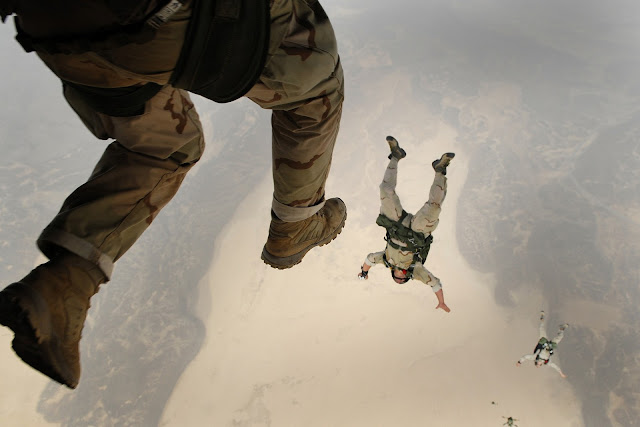